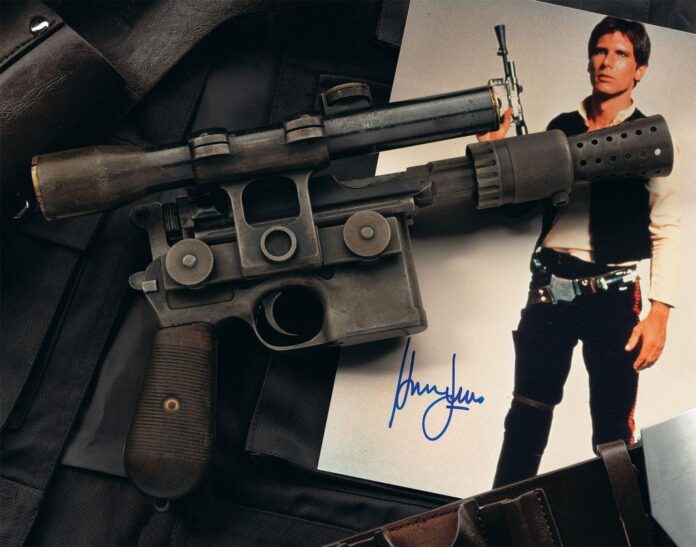 Next month, mere mortals will have a chance to acquire an object flown in from a galaxy far, far away, when the so-called “Han Solo Blaster” from , hits the auction block at Illinois-based Rock Island Auction Company.

The object, technically named the BlasTech DL-44 Heavy Blaster, was itself a star of George Lucas’s science fiction trilogy, prominently strapped to actor Harrison Ford’s thigh and brandished in promotional images for the 1977 film. The original was thought lost for decades, and replacements were built for both and One of those replacements, which was made from metal and resin, sold for $550,000 in 2018. 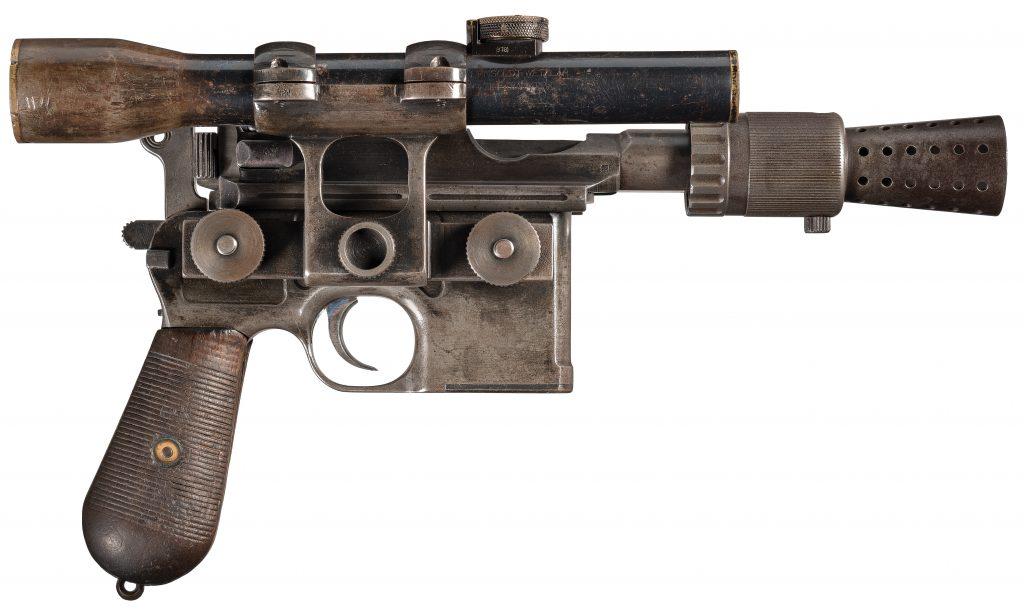 When the beloved space opera debuted in the late ’70s, it was remarkable for its gritty set dressing and well-worn props. “All science fiction before was very plastic and stupid uniforms and stuff…,” set designer Roger Christian said in a 2014 interview with “George was going right against that.” The designers on opted for airplane scrap metal and junkyard finds to bring the world to life, giving it a lived-in feeling.

When it came time to design the weapons, Christian wanted Hans Solo’s blaster gun to look “like a Western gun” with “old sights and everything.” The result was a Mauser C96 broom handle pistol—a -esque firearm that was first used by Frank Sinatra in 1967’s that was modified with a World War II-era scope, the muzzle of an airplane-mounted machine gun, and additional surplus parts.