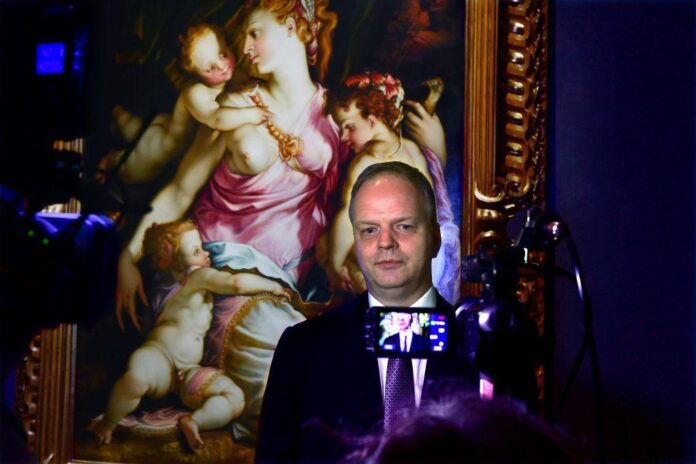 Employees at Florence’s Uffizi Gallery can be forgiven if they find themselves neurotically combing through email drafts for errors in the coming months.

In a perverse end-of-year gift to staff, the museum’s director Eike Schmidt sent out an email on December 21 demanding employees begin adhering more strictly to email etiquette. “There are many employees who write well and many who don’t. Everyone has to improve,” Schmidt told Italian newspaper . “Good writing helps everyone to think in the right way.”

Schmidt’s missive was explicit and comprehensive. It honed in on excessive punctuation and reserved particular scorn for multiple exclamation points and their use alongside question marks. “Only one is necessary at the end of a sentence,” Schmidt wrote.

Bold characters are now verboten. Should staff wish to emphasize certain words or phrases, they are advised to underline—presumably with upmost discretion. The era of full sentence capital letters is tragically over and Schmidt stated that “capitals should be limited to proper names of where their use is required by Italian grammar.” Ellipses should be used sparingly… if at all.

“The entire staff of the Uffizi galleries is asked to abide scrupulously by these above-mentioned rules for best practice in writing,” Schmidt wrote.

It is unclear if the email was prompted by a particular episode or stems from a general sense that the informality of communicating by texting and social apps has bled into written work exchanges.

Since taking over the Uffizi in 2015, Schmidt has been one of Europe’s most innovative and forward-thinking museum directors. The German has been keen to reinvigorate the Florentine institution and appeal to younger audiences. He has given free rein for staff members to get creative with the museum’s social media accounts and their engagement has duly boomed. He also greenlit the minting of a number of Uffizi’s masterpieces as NFTs last year.