Home News Farewell to contemporary art in Russia: the cancellation of the Moscow Biennale... 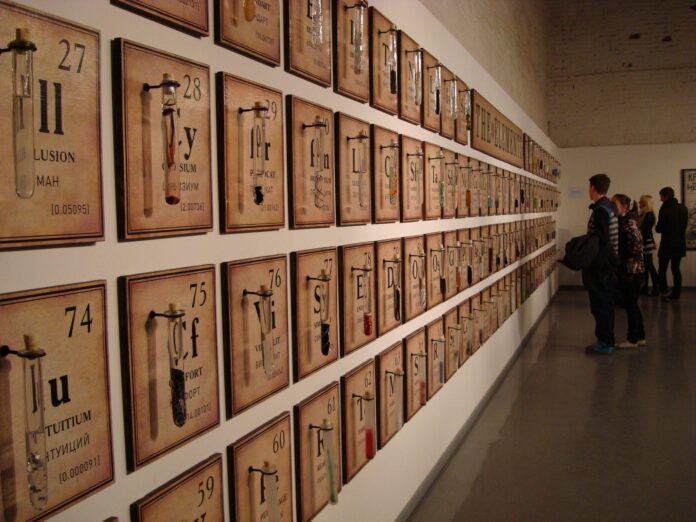 Russia’s Ministry of Culture has cancelled the ninth Moscow Art Biennale, The Scenography of Feelings. The exhibition would have opened in the Tretyakov Gallery on 7 November but the decision to axe it was made three days before the vernissage. In a statement, a spokesperson for the ministry says: “The Tretyakov Gallery is a treasury of Russian art. The desire to hold a project there rather than in a private or corporate venue must be accompanied by responsibility for the artistic and ethical context of the exhibition. This requires respect for both the unique museum collection of the Tretyakov Gallery and its numerous devotees, the citizens of our country.”

This decision does not come as a surprise—ministry officials have prohibited dozens of exhibitions of contemporary art since the Russian invasion of Ukraine on 24 February. They have also introduced a new system of censorship. Permission to exhibit used to be based on an assessment of the works selected for a show; now the organisers have to consult the blacklists of “undesirable” artists whose oeuvres may not to be exhibited in public regardless of their content.

The Tretyakov Gallery has had exhibitions censored in the past. On 19 April, a show by Grisha Bruskin called Change of Scenery was closed just after its opening, supposedly because of “technical problems”, but more likely because of alleged complaints by patriotically minded visitors. Another show, called Entrance into Red Door, which included works by Mikhail Rogynsky, Ilya Kabakov, Viktor Pivovarov, and others, failed to open on 30 April for the same mysterious “technical reasons”. It was postponed until 11 June and opened with the new title An Object, a Space, a Man, begging the question as to whether it was just the title or the content of the show that had been changed.

What happened with the ninth Moscow Biennale is not just an addition to the martyrology of art shows censored and closed this year. Its prohibition takes a new qualitative step in the development of Russian censorship because, ironically, the organisers of the biennial had earnestly tried to show contemporary art that served Putinist propaganda.

The unsigned statement, published online after the cancellation, lists only the participants in the exhibition and Mikhail Piotrovsky, the director of the Hermitage Museum in St Petersburg and a member of the expert council of the Biennale. The name of the curator has never been revealed.

Unlike the ministry of culture officials, Piotrovsky was satisfied with the artistic quality of the selected works. The organisers quoted him as saying, “Russia played an immense role in developing the art of the 20th century; the Moscow Biennale is a chance for the 21st century.” Such a chance was given to works by 27 Russian artists; intentionally, no foreign participants were invited.

Among the selected works was the installation Memory by Sergei Bugaev, an artist from St Petersburg better known by his nom de guerre Afrika. It is dedicated to the Soviet war monuments destroyed in “European countries”. Tatiana Badina, an artist from Moscow, planned to exhibit white shirts for babies; in the breast pockets, she placed written prayers protecting soldiers during the war. A special accent was given to the Biennale by the participation of Anastasia Deineka and Adelina Shabanova, young artists from the freshly annexed Donetsk and Luhansk regions. Deineka, who is a member of the art group “Young Republic”, is known because she helped paint a mural in Donetsk depicting the sadistic warlord Arsen Pavlov, nicknamed Motorola, complete with the slogan “Know Ours!” In the so-called Donetsk Peoples Republic, Motorola, accused of war crimes and blown up in 2016 in the lift of his house, has been elevated to the status of a hero.

The cancelled Biennale had another curious element. Despite the pledge that all participants would be Russian, the exhibition included one foreign artist—the Flemish Old Master painter Anthony van Dyck. According to the organisers, this portrait of the Apostle Peter symbolised the “eternal light of great art”.

The mysterious image of the apostle was exhibited with great fanfare this summer in the Russian city of Nizhny Novgorod, but it is a variation of the well-known canvas in the Hermitage and belongs to Dmitrii Volodin, a local businessman. He claims that the journey of the masterpiece to Nizhny Novgorod took seven years; that French police confiscated it and he had to sue for its release.

In fact, the painting was sold by Christie’s New York in January 2009 with the modest attribution “After Sir Anthony van Dyck” and an estimate of $10,000-$15,000. Before the Second World War, it was believed to be by Van Dyck himself. It was chosen for the Führermuseum in Linz by the art historian Hans Posse, who worked for Hitler, and the painting’s owner, a Dutch-German banker called Hugo Kaufmann, was murdered in Auschwitz in 1942. The image of St Peter returned to The Netherlands after the war but was not restituted to the heirs of the banker until 2007, so the painting is not so much a symbol of the “eternal light of the great art” as of the eternal darkness of European history.

The question of how Russian art can reflect the events of this war remains unanswered. One solution would be for the conservative Russian art schools such as the academy in St Petersburg, which still train realist painters, to produce monumental canvases depicting the heroic defence of Kherson in the tradition of the Tretyakov’s 19th-century history paintings. The ministry would be sure to like this, but history will not be so kind.

How do you place a price tag on art in an age of perpetual crisis?