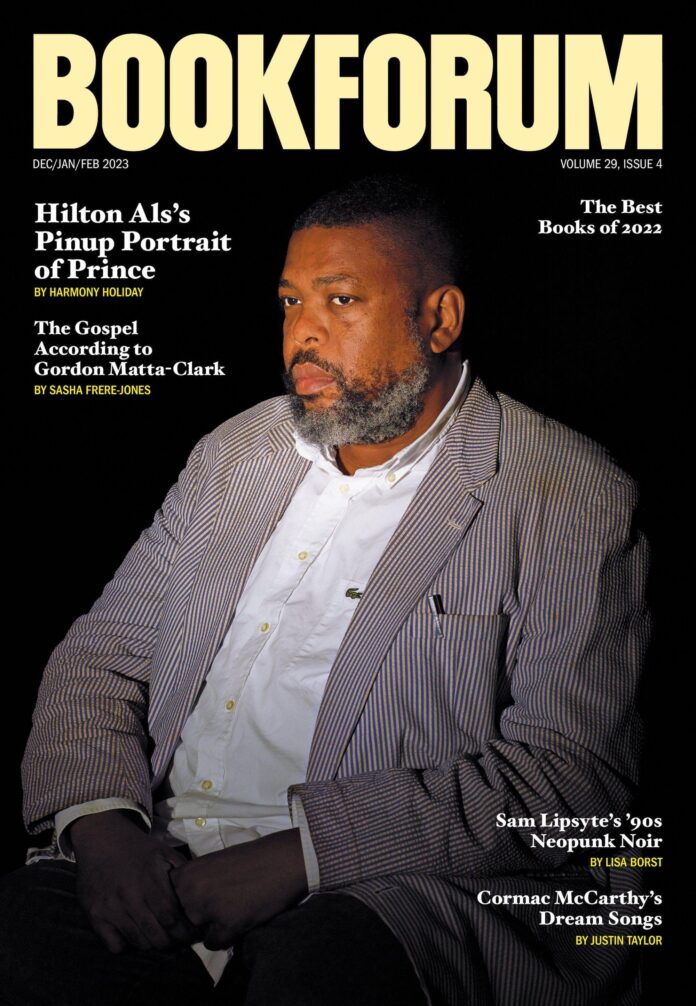 Bookforum, the New York-based sister magazine of art-world glossy Artforum that launched in 1994 and served as a haven for literary criticism and commentary, will cease publication. Its current winter issue will be its last, per an announcement posted to the publication’s Twitter account today (12 December).

The magazine’s December, January and February issue, which will be its last, includes a feature on a new book by author and curator Hilton Als about the musician Prince, an essay by the critic Sasha Frere-Jones about the art of Gordon Matta-Clark, a review of a new Frank Bowling catalogue and more. Its inaugural issue, which appeared on newsstands in the summer of 1994, included contributions by the critics and philosophers bell hooks and Arthur C. Danto, and by artists including Louise Bourgeois and Douglas Coupland. In the ensuing 28 years it has published the writing by virtually every influential art and literary critic, as well as many leading artists and authors, from Eileen Myles and Jonathan Lethem to Kim Gordon and Barbara Kruger.

The announcement of Bookforum’s closure comes just days after Artforum was acquired by New York-based Penske Media Corporation, which also publishes the art magazines ARTnews and Art in America, in addition to a number of titles in the fields of culture and luxury, among them Variety, Rolling Stone and Robb Report. The Penske announcement regarding its acquisition of Artforum made no mention of Bookforum.

Contacted for further information, a representative of Bookforum re-shared the statement that had been posted on Twitter. Representatives Penske Media Corporation did not immediately respond to requests for comment.

The closure of Bookforum comes at the tail end of an especially bleak year in the United States media landscape, with more than 3,000 people laid off through October 2022—a huge surge from 2021, though nowhere near the record layoffs brought on by Covid-19 in 2020. The layoffs and closures have not been limited to the US, either: in October, British art magazine Elephant announced it would fold.