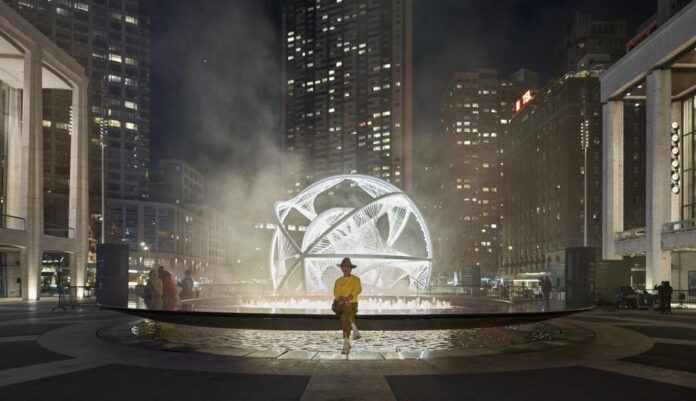 “We were looking for an artist who is known for creating extraordinary, immersive spaces and shares the values of Moët & Chandon,” the champagne house told Artnet News of their selection process. “We were, of course, familiar with British contemporary artist Es Devlin and her spectacular works from around the world, like the London Olympics and stage design for prestigious fashion houses and iconic performers.”

Titled , Es Devlin‘s installation honors New York as the planet’s most linguistically diverse city. It will host several multilingual choral groups while on view through December 18. Each of the work’s 700 industrial ratchet straps represents one of over 700 languages actively spoken on New York’s streets, from Algerian Arabic and Ashanti to Zarma and Zulu. The Endangered Language Alliance has mapped them all. 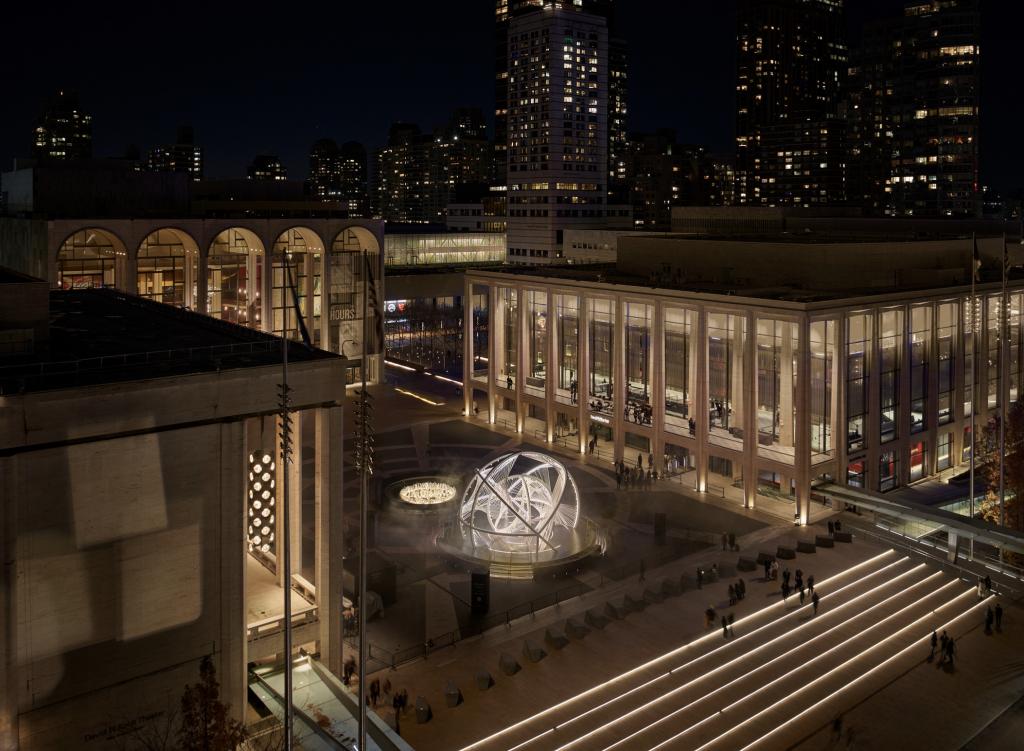 Aerial view of Your Voices.

Strung across intersecting vertical and horizontal steel armatures, those metaphorical language straps form a mesmerizing, interconnected nautilus, affirming that disparate tongues still share commonalities. They all coexist in the Big Apple, for instance.

“In addition to individual lighting units there are rows of Neoflex,” Lincoln Center’s Jenni Klauder told Artnet News of the glowing installation. Between 12 p.m. and 10 p.m. every day, visitors can enter the work free of charge, letting its pulsating light wash over them along with a soundscape by contemporary composers Polyphonia, which translates passages from E.M. Forster’s 1910 novel  into numerous languages.

Four choral groups will sing in languages other than English within  too, giving seven total performances at 6 p.m. on weekend nights during its run. Devlin and Lincoln Center hand-chose each group. 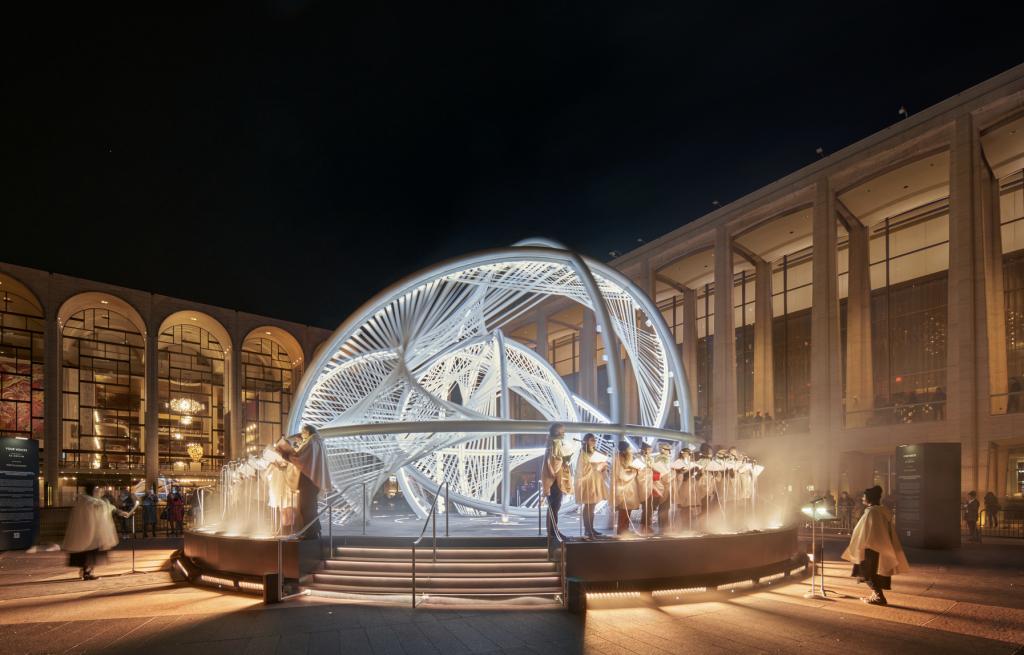 Devlin first visited New York City 25 years ago. “I specifically remember the crescendo of energy that I experienced as I walked across Brooklyn Bridge onto the island of Manhattan,” she told Artnet News. “I’d grown up with an idea of New York as something finished and complete as I’d seen it on TV. It was only as I first walked its streets that I experienced New York as a constant work in progress, always threading new layers of language, steel, light, cement and brick into its ever unfinished text.”

arrives on the heels of , Devlin’s 16-meter choral sculpture outside the Tate Modern, which drew over 7,000 viewers per day while on view, and hosting musical performances, in London last month.

Devlin’s latest sits atop a motor-powered pedestal that rotates all four cardinal directions. “With opinions and points of view becoming evermore polarized, especially through digital reverberations, I aimed to make a work that gathers community choral groups from all over New York City at the cultural heart of the city,” she continued, “to allow visitors to step inside the work, to experience the layers of languages and perspectives from within a revolving series of tensioned lines that splice their viewpoint as it turns.”

Check out a free performance while  is on view. Dates below.

A Felled Robert E. Lee Statue in Virginia Will Be Replaced by a Memorial to Henrietta Lacks