Home News Brussels Is the Domain of Some of the World’s Edgiest Collectors. So... 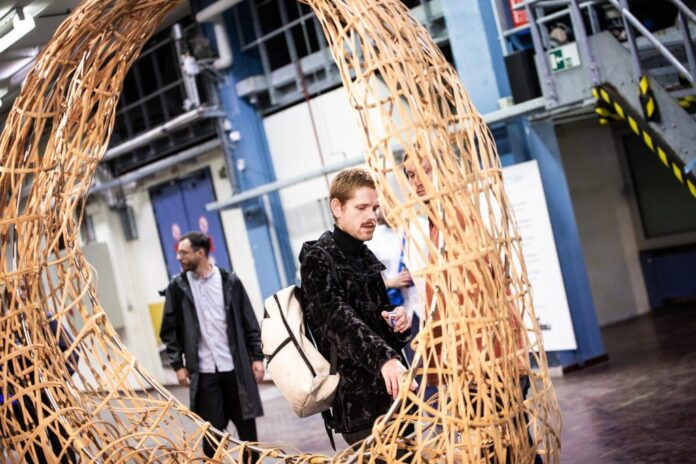 Amid intermittent storms, Brussels launched its fall season with a festive 15th edition of Brussels Gallery Weekend. Forty-seven galleries and 12 institutions enlivened an embellished program, which included a new prize for an emerging artist, a bolstered VIP circuit, and dinner for more than 400 guests at the National Bank of Belgium’s former printing plant, Imprimerie.

The celebrating spread throughout the city, with galleries wining and dining their artists and clients late into the night. On Thursday, the reveling lasted until dawn at Clearing gallery, with a handful of the Mendes Wood crew in toe. And guests of Sorry We’re Closed were caught in a downpour as they ran through slippery cobblestone streets-turned-rivers, arriving drenched at a sumptuous Art Nouveau bistro, to the chagrin of one man dressed in now-transparent white.

Xavier Hufkens pulled out all the stops at the Wiertz Museum on Thursday, with live music serenading guests surrounded by the monumental, romantic paintings of Antoine Wiertz (1806–65). A rain-delayed dinner was served underneath a glass roof set alight with thunder and cracks of lightning. 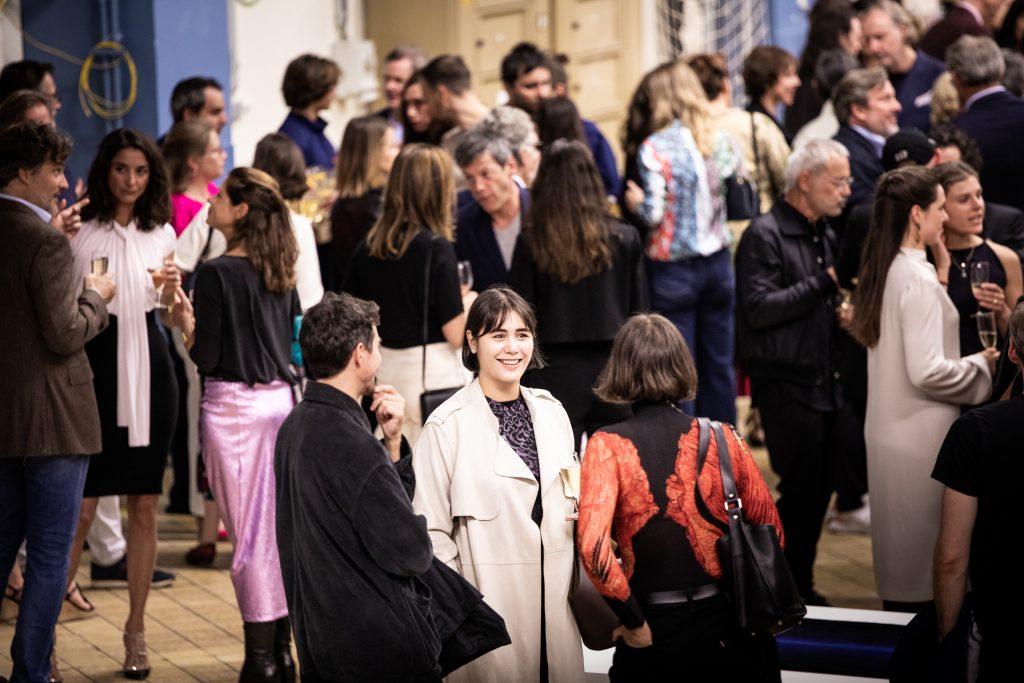 “It’s a moveable feast,” commented collector Frédéric de Goldschmidt, founder of Cloud Seven, after the Hufkens dinner. With global news promising a gloomy winter ahead in energy-strapped and inflation-hit Europe, it seemed many were eager to celebrate in person—though some complained the art on view was not always quite as scintillating as the conversation.

“As a young man, every time I fell in love—and you fall in love a lot when you’re young—I would take the person to the Wiertz Museum,” Hufkens told Artnet News. “It was empty and so romantic. A lot of artists came for the opening, which is always a good sign.” In addition to Joe Bradley, whose show opened at the gallery’s expanded flagship space, Josh Smith, Tobias Pils, Sophie von Hellermann, and Ritsue Mishima were spotted at the dinner.

The event, which ran from September 8–11, came at a particularly packed moment for the art calendar: two weeks after Frieze Seoul and at the same time as Armory Week in New York and viennacontemporary in Austria. It served as something of a test case in the post-lockdown world where events have returned at full tilt—but audiences may be more local than before.

Visitors to Brussels came mostly from neighboring countries, but the town was teeming with international artists on hand to open their shows. Notably absent from the cityscape are the mega-dealers of London or New York, but that is also part of Brussels’ smaller-scale allure.

“If your name is above the door, I personally feel it’s important you’re there when your artist is there,” said Hufkens, who has kept all three of his spaces along the same, centrally located street in his hometown. Their large scale, on the order of mega-galleries in other art capitals, is an exception in the city. “Having one location gives me that possibility of concentration, and the ability to take care of my artists.” 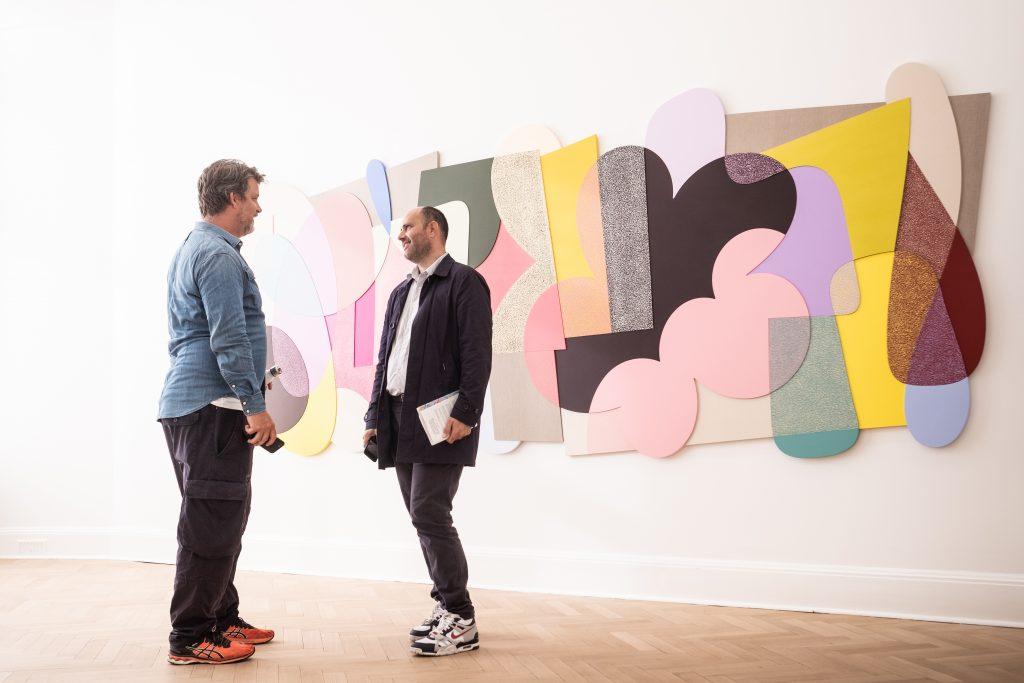 In Hufkens’s Rivoli space, viewers were introduced to works spanning the life of prolific Antiguan artist Frank Walter (1926–2009), a highlight of the weekend that lingers for days after. Works were priced at €30,000 to €100,000.

The quality of international artists represented by Brussels galleries is a point of pride for the city. However, several festival-goers regretted a lack of risk-taking from the weekend’s offerings.

“A lot of galleries [here] work with really amazing artists that might show multimedia, cinema installation, performance—but then they show a piece of paper framed on the wall that is a souvenir of [that],” said Christian Mooney, founder of Arcade gallery in London, which expanded to Brussels in 2019. “My experience in Brussels is very much that the shows are really conservative.” Mooney will have to leave his Brussels space because the building was sold, but will continue to show in town via collaborations with fellow galleries.

Arcade is showing Danish artist Maria Zahle (b. 1979), who painted one wall with her signature natural dye. Other paper and collage works were dipped in pigments made from madder root and chimney soot. “That’s been a really exciting development for me—discovering that color can be a material, and not just a visual component you get from the supply chain,” the artist said. 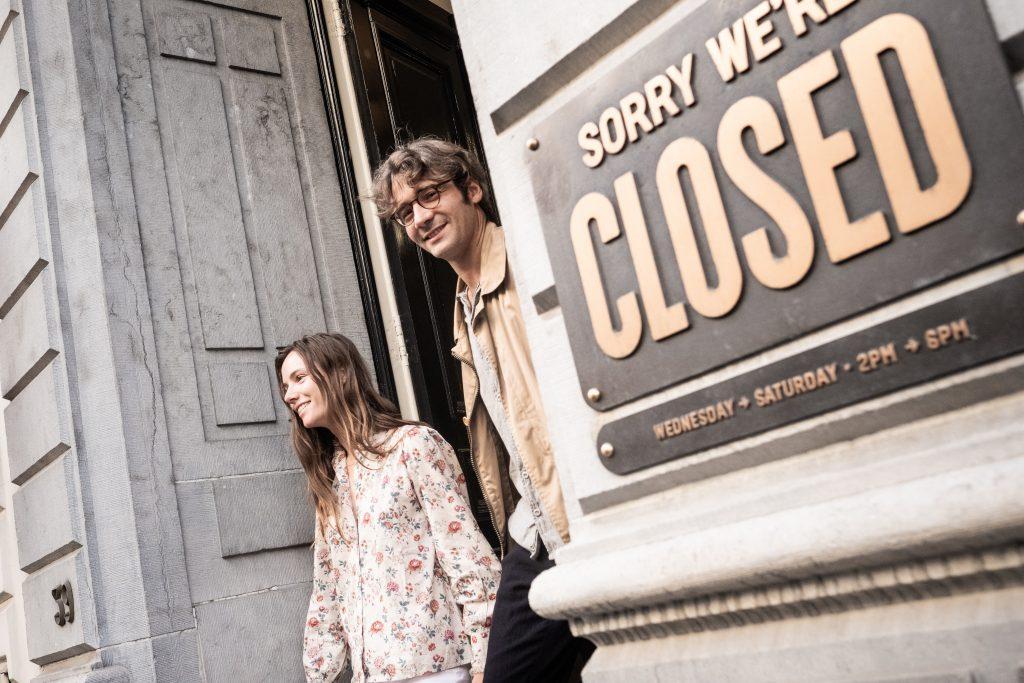 Another work by Zahle, a large roll of partly unfurled cotton paper, was included in the group show “Sculpture Factory” at the Imprimerie, alongside other large works by artists represented by participating galleries. In the main hall of the same building, “Generation Brussels” showed work by Belgian artists under 40 who are not represented by a gallery. For the first time, the Prix Centre/Komett award was given to an artist from that exhibit. The collective Spa For Spirits was recognized for their otherworldly water and ceramic sculpture installation and performance called Selfside Picnic Saloon.

Mooney’s assessment of the weekend’s relatively conservative gallery shows was shared by collector Alain Servais, who skipped town for Vienna, where he said he encountered more varied, “different points of view.”

Third-generation Belgian collector Frederick Gordts, whose grandfather was close to Leo Castelli, felt similarly. “Visually, there’s nothing really new,” he said. “There are so many young artists now, and prices are very high for people in their late 20s.” He opened his home by appointment to visitors, offering a glimpse of works by Michelangelo Pistoletto, Olafur Eliasson, and the particularly sought-after young artist Michael Armitage, to name a few. 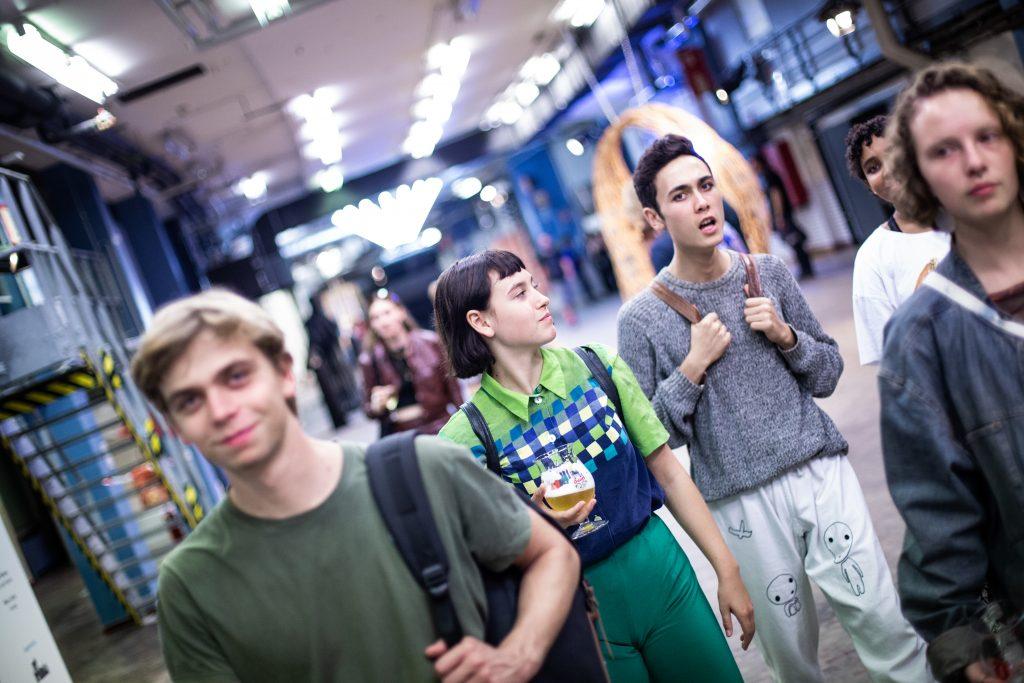 Stalwart local dealer Greta Meert, who was presenting a rare Brussels show by photographer Jeff Wall, illustrated that decades of experience doesn’t necessarily mean conservative. “I am still old style,” she told Artnet News, “in that every person, the whole staff, is in contact with the artist, including me.”

In her five-story Art Nouveau gallery, which she has run for 30 years, Meert observed that, in the past, galleries tended to have more cohesive programs. “Now there is a tendency to have an eclectic choice. So you can have figurative, abstract, and conceptual,” she said. When artists are combined from entirely “different directions,” it can create “a lack of authenticity and a lack of respect.”

While the Wall show—which spanned his career and had works priced between €250,000 to €500,000—was a crowd favorite, competition for the attention of Brussels’ world-famous collector base is also an issue today, said Meert.

“We all try to have them at the opening—not for our own satisfaction, but because the artist expects respected collectors to come, so [all the local galleries] have to split [them],” she admitted with a smile. Meert estimates out of 200 to 500 local collectors, only 30 or 40 are serious about it. Still, she echoed others in pointing out Brussels’ advantageous location at the intersection of a number of art-rich countries.

Though Artnet News could not view every one of the 47 openings, some additional highlights include the bulging, bodily ceramic pots scratched and bitten with visible teeth marks by L.A.-based artist Jennifer Rochlin, on view at Sorry We’re Closed. The Koenraad Dedobbeleer show at Clearing gallery is also a must-see; it features hanging lamp sculptures and glowing installations made of discarded or found Murano glass for prices ranging from €12,000 to €45,000. 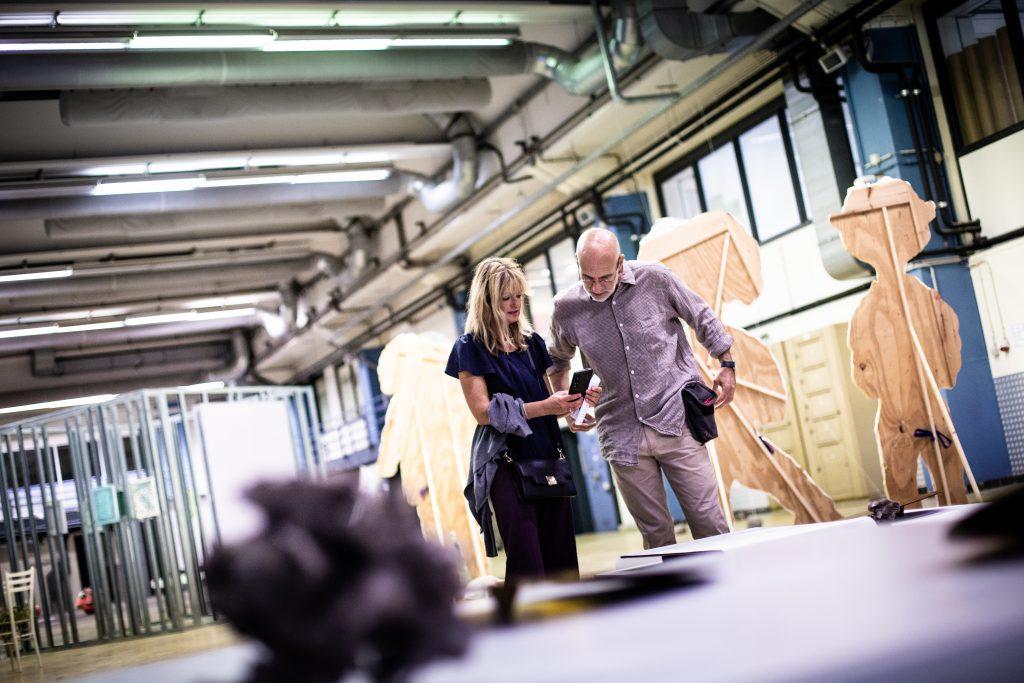 New to the Brussels mix is the gallery MarraNosco, which presented a two-person show of work by Peruvian artist Alberto Casari (b. 1955) and Argentinian artist Martina Quesada (b. 1987). The show’s title, “3901,” refers to the number of kilometers between Lima and Buenos Aires.

Co-founders Cyril Moumen (of Gallery Nosco in London) and Ana Marra (of the eponymous Rome gallery) said they packed their cars with art about a year ago and headed to Brussels to open a gallery because it was “the only country in Europe where culture was kept open” during lockdown. “There was an opportunity,” Moumen said, “to go against the grain.”