Home News Can Flipping Art Ever Be a Good Thing? An Artist, Gallerist, and... 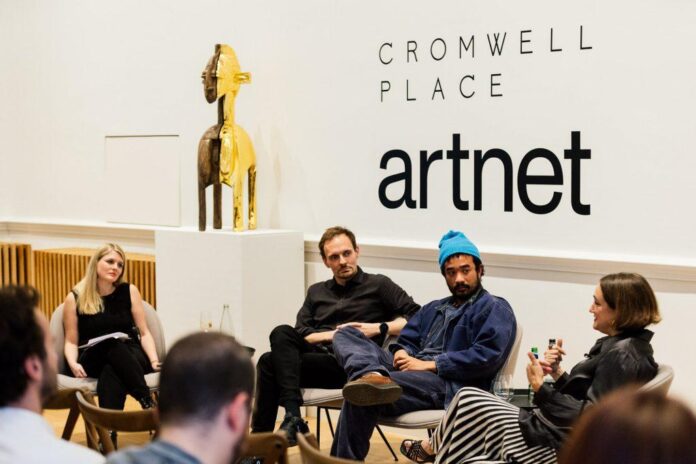 Artnet News kicked off Frieze week in London with a panel discussion about art flipping at London’s Cromwell Place on Tuesday.

“Flipping was for a long time a very dirty word,” said chair Julia Halperin, introducing the topic. “The market for ultra contemporary art has soared and so the practice of speculative selling has become much more lucrative and common.”

Outlining the stakes of the conversation, she noted that sales of work by artists born after 1974 and offered at auction within three years of their creation totaled almost $257 million in 2021, up from almost $23 million in 2012—a 1,000 percent increase compared to the 200 percent rise of the S&P 500 in the same decade.

With modest resale royalties in the E.U. and no provision in the U.S., artists do not usually benefit directly from these sales, and sometimes suffer harsh economic consequences.

“One of the things that hurts an artist’s career is if your auction prices go up too high, you can’t maintain them, they go low, and no one wants to buy your work anymore because you’ve burned out,” said Smith, who was at one time himself famous for his quick rise to success.

Embracing speculation and advocating for a more active art market, he added, “I think prices should be able to rise and fall just like stocks do. People just looking to make money on the art market should be welcomed. We should be so lucky as artists just to be able to sell a work.”

He views certificates stored on the blockchain as a means to increase trading volume while offering new incentives to collectors, such as fractionalization.

The panel compared these newer technological options with more established approaches for galleries to defend against speculation, such as social pressure, long-standing reputations, and legal resale contracts. 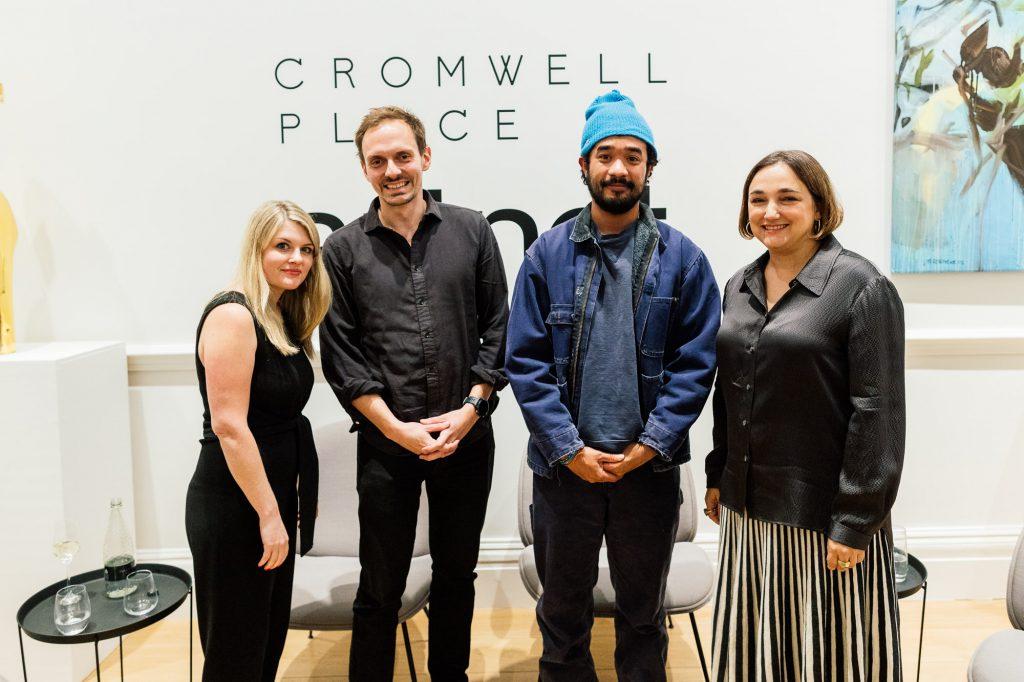 “What’s getting left out a little bit is relationships,” said Uffner. “I want to know the people I’m selling to and I have been able to gain that experience only from working in the industry for years. That’s a first line of defense.”

Based on her own experience working with artists, she expressed some skepticism about encouraging speculation over sustainable growth. “The goals that I hear from the artists that I work with are let’s keep it strong, under the radar, and let’s keep on working and growing and then one day you get to that point where your work is selling for huge amounts of money. When it makes more sense.”

Another gallery tactic, “Buy One, Give One,” or BOGO, which requires a collector to donate a work by the artist to an institution when buying, has become increasingly prevalent—and not necessarily sustainable.

“A lot of younger artists and galleries think that building up a CV of [institutional] collections is the most important thing,” said Uffner, “but there’s so many different things that need to happen simultaneously.”

Fairchain, promoted by Kendrick, enables artists and galleries to generate contracts stored on the blockchain that record a work’s provenance and establish rules governing the resale as well as royalties. Crucially, it allows for the reality that, thanks to the “three Ds”—debt, death, and divorce—reselling is often unavoidable.

“The fact is, if you think about access and engagement with art, a system where everyone is focused on trying to sell only to museums or to people who are so wealthy that they would never need to resell the work isn’t a very open system,” said Kendrick. “It doesn’t create a lot of opportunity for normal people to engage.”

“The technology has enabled the contractual approach to grow at scale so that we don’t necessarily have to rely on experience to have some tools we can use to start putting protections in place,” he said.

The success this year of Sotheby’s new Artist’s Choice model, first innovated by Simon de Pury, allows artists and their galleries to put works up for auction and profit directly.

The new system is a step in the right direction, Smith said, but still doesn’t accommodate artists without gallery representation. Calling for more flexibility, he added that we need “a system that allows for any type of trading and multiple use cases for everyone to benefit.”

Also encouraged by the development but unsure whether it presents a one-size-fits-all solution, Uffner noted, “it doesn’t work for every artist to take one object out of their work and put it up at auction. Ultimately it goes back to relationships because what the artist wants is a very individualized thing.”

“We all want transparency,” said Kendrick. “Some artists may be ready for it, but for a lot of artists having that data around your sales really treats it like an asset and something that is quantifiable. The problem with this transparency, and we saw it in the NFT market and we’re seeing it in the stock market, is that it introduces this minute-by-minute volatility.”

“There are better ways that we can improve access and make it easier for people who don’t know their way around the art ecosystem to participate,” he added.

Toward the end of the discussion, all the panelists appeared to agree that the market would benefit from an industry standard framework that has yet to emerge.