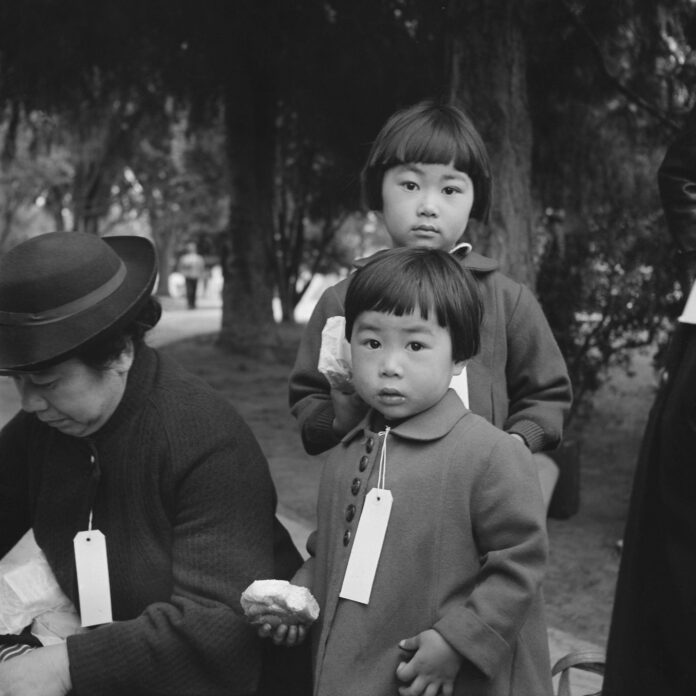 In a world awash with photographic images, the three main exhibitions in this year’s FotoFest Biennial (until 6 November) in Houston, Texas, prove that some pictures are still worth a thousand words or more. They can stop you in your tracks and make you rethink both the familiar and the foreign.

The Covid-19 pandemic prematurely shut down the previous FotoFest in March 2020. Due to the lead time required for planning, the event has shifted to the fall, opening on 24 September with shoulder-to-shoulder crowds for its main exhibition, titled If I Had a Hammer, held in two buildings in Sawyer Yards, industrial facilities that have been converted into artist studios. Works by 23 artists and artist collectives are displayed in the corridors, and have been selected by the curators Steven Evans, the executive director of FotoFest; Max Fields, the associate director; and the independent curator Amy Sadao.

A sense of political urgency threads through the show, sometimes more overtly than others. For example, a section devoted to Dorothea Lange opens the show. Evans found her an important way to anchor the presentation. “I had seen her retrospective at the Jeu de Paume a few years ago and a section was dedicated to her work at Manzanar,” he says, referring to the Second World War-era camp in California where Japanese Americans were incarcerated. “It stayed with me, and when I was thinking of the historical and emotional foundation of this exhibition, it made sense to include her.”

At the main entrance, the visitor sees a magnified photograph captured in 1942 in Oakland, California. A storefront features a large banner declaring: “I AM AN AMERICAN.” It was the last-ditch effort of a man of Japanese descent attempting to fend off anti-Japanese sentiments. Shortly thereafter, he and his family and around 120,000 others like him were forced into one of 10 concentration camps by the War Relocation Authority, following President Franklin D. Roosevelt’s signing of the infamous executive order 9066.

Under government assignment, Lange documented the relocation and her visit to Manzanar, one of the camps located in the state. While her photographs showed people carrying on daily activities, they were also reminders of how this population was being held in prison, and the government banned them from public view during the war.

As a counterpoint or amplification of Lange’s work, the exhibition also features the work of Tōyō Miyatake, a Japanese American who had a thriving career as a professional photographer in Little Tokyo in Los Angeles before he and his family were sent to Manzanar. He took photographs there surreptitiously. When discovered by the authorities, a sympathetic camp director let him be the official camp photographer—with limitations, of course.

Miyatake’s work is more personal than Lange’s, even more critical, and an image of three boys standing behind a barbed wire fence shows a guard tower in the background. In another photo three teenage Japanese American girls dressed as majorettes strike a cheerful pose. “It’s a heartbreaking image because there’s this longing to be seen inside like an American, while they’re imprisoned,” says Sadao. The photographs are also especially compelling since they are vintage enlargements, while the Lange images are reprints from the Library of Congress.

Most of the other selections are contemporary, from the exploration of the plus-sized female body by the late Laura Aguilar, the restaging of Civil-War-style soldiers’ portraits by Bruce Yonemoto—with his featuring young Asian men—to hilarious snapshots of photo duo Chow and Lin with their two children, standing before shrunken replicas of internationally famous monuments and buildings found in two Chinese theme parks from their series I Want to Bring You Around the World (2020-22).

The exhibition African Cosmologies: Redux is a reprise of the show mounted before the shutdown, with a few works trimmed due to loan limitations. Curated by Mark Sealy, the author of the 2019 book Decolonizing the Camera, it features around 30 artists using photography and cinematography to speak to African culture and history, with references to toxic colonialism.

One of the most fascinating works is a documentary video with a conceptual twist. In Table Manners (2014-16), Zina Saro-Wiwa chose eight people in the Niger Delta and had them sit at a table across from the camera and enjoy a meal. The way they gracefully eat with their hands, look up or away, or take a drink becomes a personal moment with the viewer, who is seated in front of a monitor, as if sharing the meal. As the artist has said, “A powerful exchange takes place when one not only eats a meal, but watches a meal being consumed.” Most of the works are being shown at Spring Street Studios, but some are being shown at three other venues. Seven artists are being shown at the Houston Museum of African American Culture, including Eric Gyamfi’s intimate portraits of gay life in Ghana.

While the exhibitions are free, an important part of FotoFest is a free event, the Meeting Place Portfolio Review. This year around 300 people signed up; in the past, the number has reached 450. Three sessions took place over two weeks, concluding 8 October, and attendees were able to have their portfolios reviewed and discussed by curators, gallerists, publishers and collectors. The event is also an international networking opportunity. The biennial’s third main exhibition, Ten by Ten: Ten Portfolios from the Meeting Place 2020-21, comes out of this process. Ten reviewers from the last two years each selected one of their favourites to show one body of work. The range of style and subject matter is impressive.

One of the most compelling contributions is at the entrance to the exhibition in the Silos at Sawyer Yards building: C. Rose Smith, currently pursuing a graduate degree at the University of Rochester, and her series, Scenes of Self: Redressing Patriarchy (2021). She has identified the crisp white shirt as an emblem of white male power, and in these photographs she, a Black woman, is wearing it as she stands before a bank, a massive Confederate memorial and other sites of power. In the accompanying three-channel video, she puts on and takes off the shirt, and at one point she wears it backwards while managing an impassive expression, as if the shirt were wearing her.