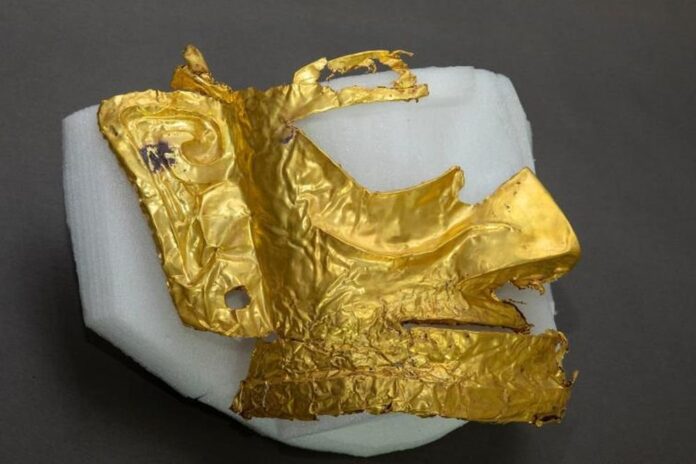 Chinese archaeologists have released the results of new excavations conducted recently in the sacrificial pits of the ancient city of Sanxingdui, in southwest China. They managed to find more than 500 relics, the age of which exceeds 3,000 years.

As reported by the Xinhua News Agency, important new discoveries shed light on the history of Chinese civilization. The finds were made during excavations at the ruins of the city of Sanshindui, which flourished several thousand years ago in what is now Sichuan Province.

Archaeologists found six previously unknown to science sacrificial pits and more than 500 different objects, which are about 3,000 years old. The most valuable artifacts were found when examining four of the six excavated pits. They contained cultural relics, including fragments of gold masks, gold foil, bronze masks, bronze trees and a large number of ivory objects, including miniature sculptures.

Of particular interest is the gold mask recovered from sacrificial pit No. 5. Most of all archeologists were struck by its size. This was a fairly large product with a length of 23 centimeters and a height of 28 centimeters. Unfortunately, the researchers were able to find only half of the mask, but even extracted from the ground fragment weighs 280 grams. Lei Yu, head of the excavation, estimates that the whole mask could weigh more than 500 grams. 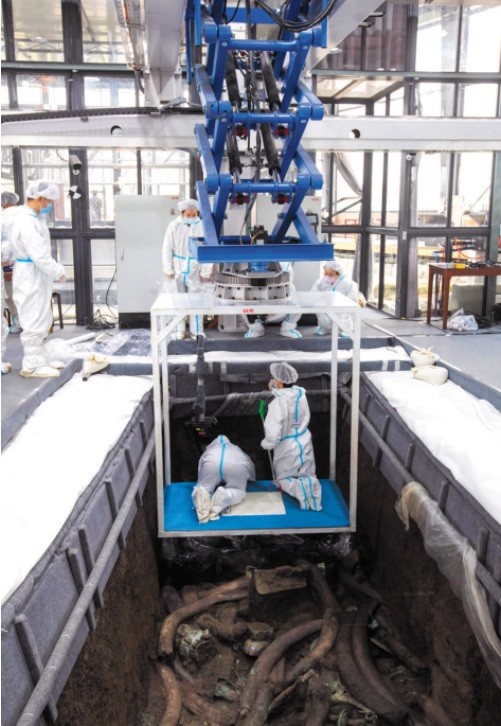 Another gold foil mask was found in sacrifice pit No. 1. It is much lighter than the aforementioned relic. Its distinctive feature is a raised and pointed nose. Scientists believe that this mask was originally attached to the front side of some sculpture. Similar gold masks have been found in sacrifice pit #2, but they were badly damaged.

Archaeologists also found remnants of silk and textiles, and these are the first such finds in Sanxingdui. The artifacts found date back to the period of the ancient Shu Kingdom. It is believed that this was one of the largest centers of silk production in China, and it is believed that this production itself may have originated in the Shu kingdom. 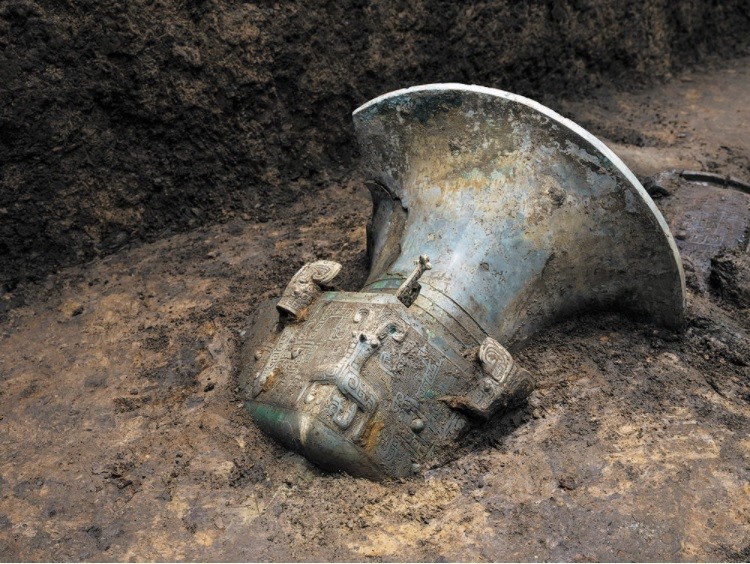 We should add that the newly found sacrificial pits are located next to two sacrificial pits discovered back in 1986. They have a regular rectangular shape, their area ranges from 3.5 to 19 square meters. Together they probably formed a ritual complex in ancient times, where people of the ancient civilization of Shu sacrificed to the gods of heaven and earth and their ancestors, as well as praying for prosperity and peace.

The ruins of Sanshindui are called one of the greatest archaeological finds of mankind in the twentieth century. The site was accidentally discovered by a farmer while he was digging a ditch in the 1920s. As of today, an area of about 12 square kilometers has been excavated and more than 50 thousand different relics have been found. 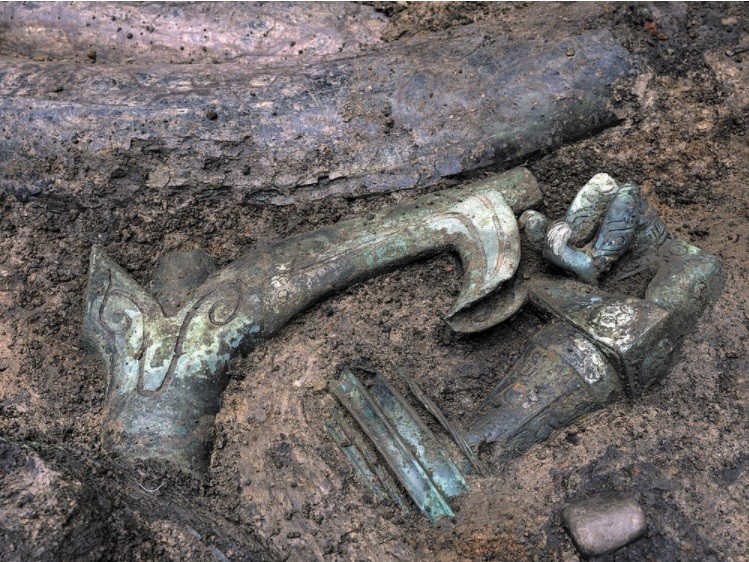 Incidentally, in 1986, several exquisite bronze heads with gold masks on them were found in the sacrificial pits of Sanshindui. The ruins themselves are located in the outskirts of the modern city of Guanhan, about 60 kilometers from the provincial capital Chengdu. Sanshindui is believed to be the remains of the legendary Shu Kingdom, which emerged at least 4,800 years ago and existed for more than 2,000 years.

Research in recent years has shown that the Shu Kingdom had extensive trade links. Archaeologists have found artifacts like the bronze objects from Sanxingdui in the central plains and other areas along the Yangtze River.