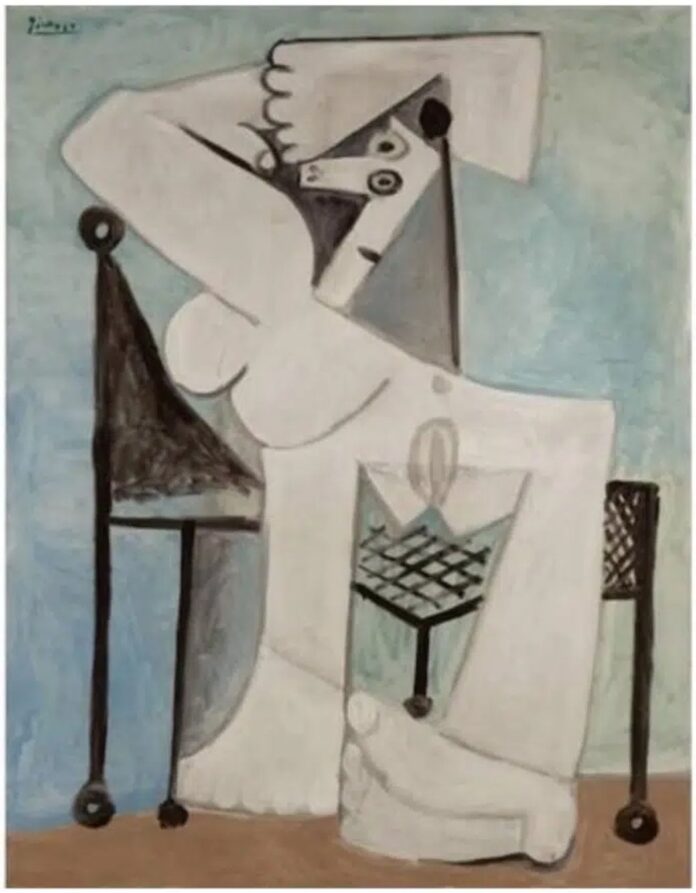 In 1993 Stella Isabella Djohan and her husband purchased Pablo Picasso’s sultry, muted painting Femme Assise (1958). Djohan held onto the painting for nearly 30 years, until 2020, when she was introduced to Keating Pictures Limited (NKPL), who, according to a lawsuit filed in the Superior Court of New Jersey for Passaic County, showed interest in acquiring the picture.

The complaint, filed on 8 June, reads like an elaborate and expensive shell game. After NKPL showed interest in the painting, it was shipped to New York from Singapore for inspection. It was stored at SRI Fine Arts Services under an account held by NKPL in early August 2021.

Djohan and NKPL came to an agreement that same month in which the latter would buy the painting for $7.75m, starting with a non-refundable deposit of $1.2m. According to court documents it was Djohan’s understanding that NKPL wanted to sell the Picasso on to a third party. But that sale was not part of the deal.

An agreement between Djohan and NKPL in which the Italy-based company Fracassi World Wide Shipping would take custody of the picture while the sale was completed, however, was part of the deal. After NKPL was late handing over their deposit, payment agreements were revised, and a new final payment date was set. NKPL also agreed not to give Fracassi, which whom they shared joint custody of the painting for the duration of the sale, instructions on doing anything with the work without Djohan’s written approval.

NKPL made one more non-refundable deposit on 9 February 2022, but failed to meet the revised final payment deadline of 5 April 2022 which led Djohan and KNPL to terminate their agreement a few days later. However, Djohan discovered that, without her knowledge or permission, Fracassi, under whose account the painting was being stored at SRI, transferred the painting to a company called Art Lending at the same warehouse through an intermediary.

Accorcding to the complaint, none of these organisations had the right to transfer custody of or even look at the painting without Djohan’s approval. Yet the painting was moved anyways, and it appears Djohan’s legal action is in part intended to make sure the painting is still legally hers.

Representatives for all the parties involved had not responded to requests for comments as of press time.