Home News Comparing the Find to a Mythic ‘Lord of the Rings’ Castle, Archaeologists... 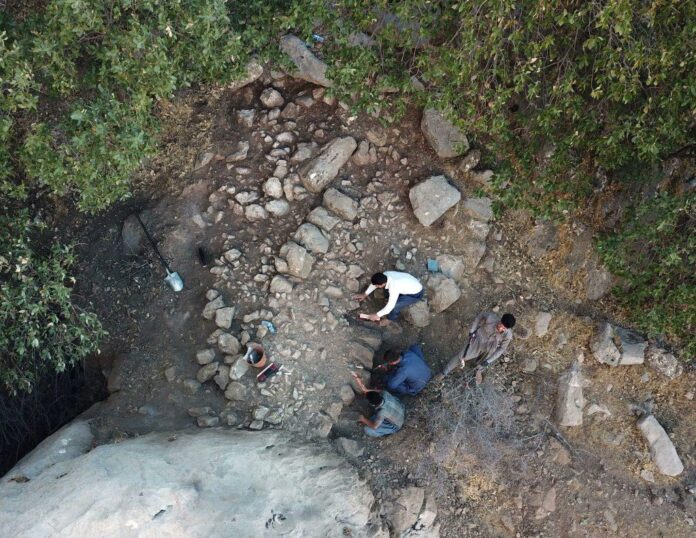 Deep in the mountains of Iraq, archaeologists have discovered an ancient fortress that may be a remnant of the lost Parthian city of Natounia, the existence of which is known only from coins.

Teams from Germany and Iraq first began studying the ruins of the site, known as Rabana-Merquly, 13 years ago, conducting excavations and surveying the 2.5-mile-long site in the Zagros Mountains by air with drone technology. Their findings were published this week in the journal .

“The dramatic setting of the Rabana-Merquly fortress, built into the western side of Mount Piragrun, which is one of the most prominent peaks in the Zagros region, really sets it apart from anywhere else I’ve worked,” the paper’s lead author, Michael Brown, a researcher at Heidelberg University in Germany, told Artnet News in an email.

“If you’re familiar with Lord of the Rings, it’s basically a real-life Helm’s Deep,” he added, referring to the curved fortifications set into a mountainside imagined by author J.R.R. Tolkien in . 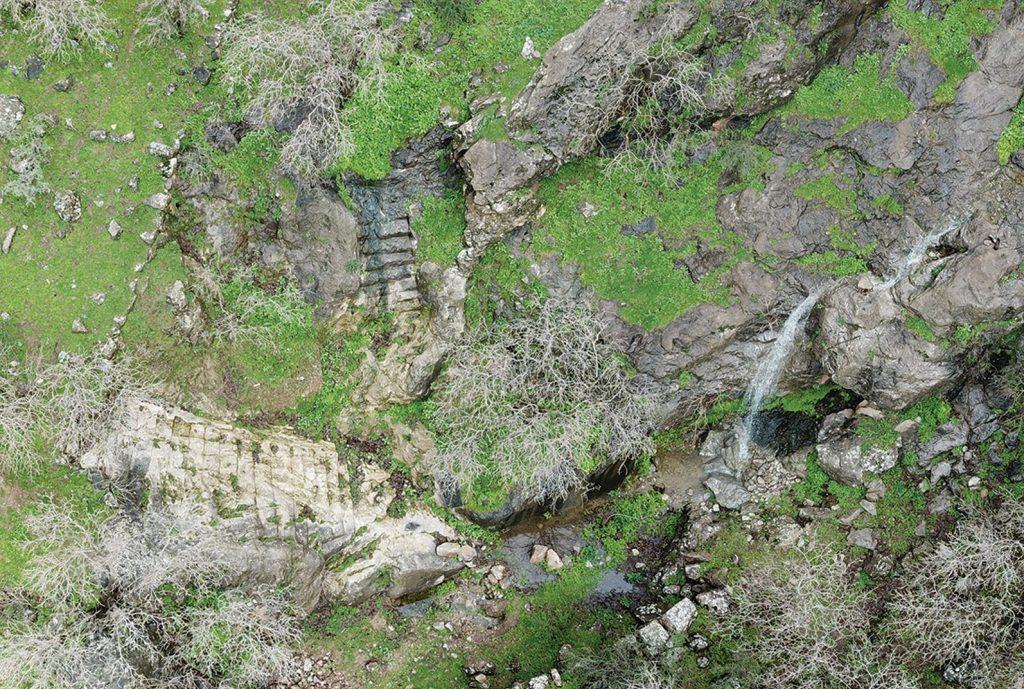 The fortress includes buildings that may have served as barracks and other elements that imply a military purpose. There is also what appears to be Zoroastrian sanctuary, possibly worshiping the Iranian water goddess Anahita.

“A particular focus of inquiry will be [Rabana-Merquly’s] role as a possible pilgrimage destination,” Brown said of leads for further research.

Perhaps the most striking element, however, is a pair of rock reliefs carved into the cliff face, depicting a life-size figure of a man in ornate garb. 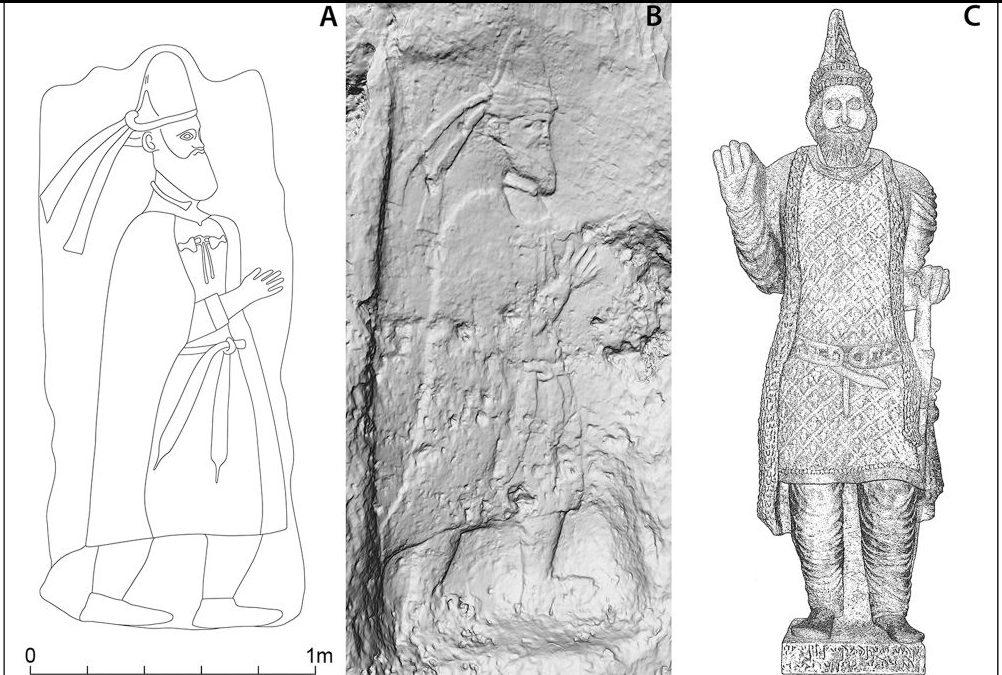 “Both reliefs are located immediately next to the two gated entrances, and were clearly designed to make a political statement,” Brown said. “They can be characterized as ancient propaganda.”

His working theory is that this is a king of Adiabene, a vassal of the Parthian Empire who would have ruled near the fortress. The figures’ distinctive headgear is a close match to one found on a statue from the ancient city of Hatra, about 140 miles west, that bears an inscription identifying an Adiabene king.

At Rabana-Merquly, the Adiabene king immortalized on the rock walls may have been Natounissar, founder of Natounia, also known as Natounissarokerta. 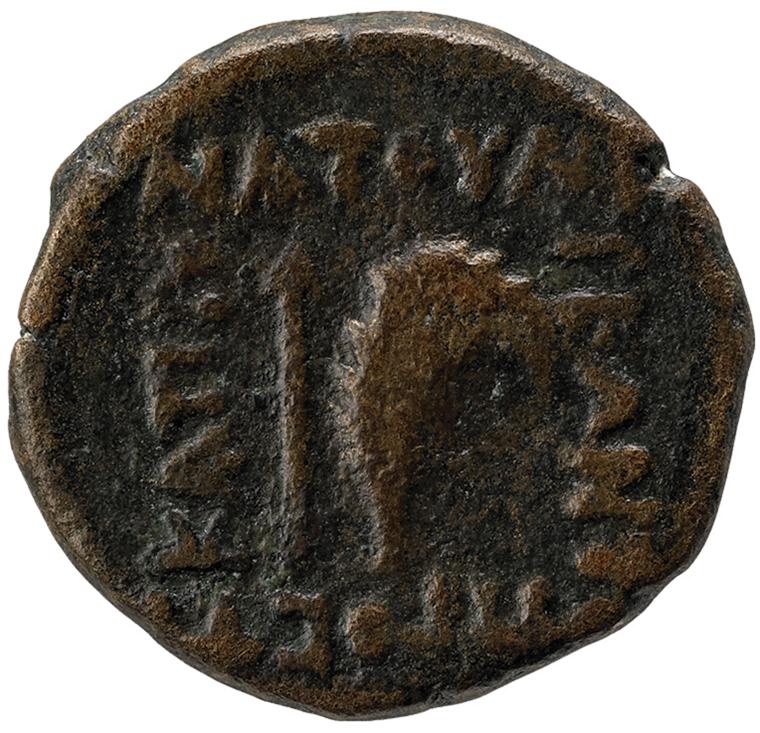 A coin of Natounia. Photo ©the Trustees of the British Museum.

The place name Natounissarokerta combines Natounissar, the king identified on ancient coin inscriptions as the city’s founder, with the Parthian word for moat or fortification, suggesting it would have been a walled city with elaborate defenses, much like the site at Rabana-Merquly.

“Natounia is only really known from its rare coins, there are no any detailed historical references,” Brown said. “Rabana-Merquly is by far the largest and most impressive site of the Parthian era in the region, and the only one with royal iconography, so it’s by far the best candidate.”