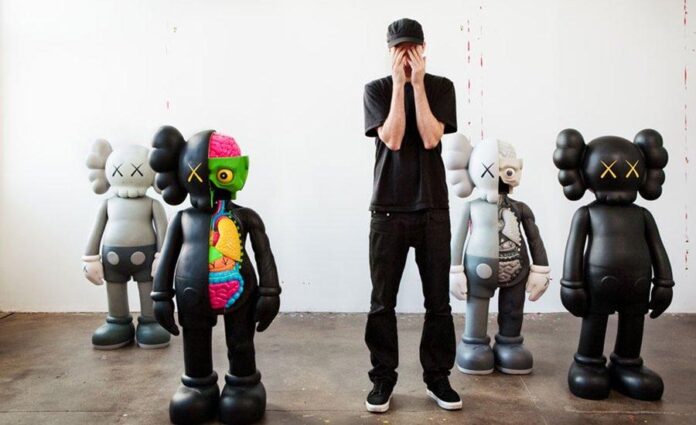 1. Well-known as a street artist, apparel producer, and graphic designer, KAWS blurs the boundaries between fine art and commercial art. His work is collected by the High Museum of Art in Atlanta, the Rosenblum Collection in Paris, and the Modern Art Museum of Fort Worth, and he’s represented by major galleries Perrotin and Skarstedt. He has installed large-scale permanent public artworks at the Musemplein in Amsterdam and at the Modern Art Museum of Fort Worth. In 2017, the artist created an Air Jordan 4 shoe for Nike and a Peanuts-inspired T-shirt and plush toy for Uniqlo. In 2012, KAWS’ Mickey Mouse-like figure was adapted into a balloon for the Macy’s Thanksgiving Day Parade.

2. After graduating from the School of Visual Arts in New York with a degree in illustration in 1996, KAWS worked as an animator, painting backgrounds for cartoons like 101 Dalmatians, Daria, and Doug. (He now appropriations cartoons like The Simpsons, SpongeBob SquarePants, and the Smurfs, among others.) During this time, he did street art on billboards, bus shelters, and phone booths using the moniker for which he’s so well known today.

4. KAWS is most known for his Companion series of toys, which incorporate his signature style of smooth cartoonish figures, in some cases cut away to reveal a dissected human-like anatomy. Life-size versions are reserved for collectors willing to dish out upwards of a million dollars; the smaller versions on Artspace pack a pint-size punch—for around $1k.

5. But, if toys seem a little too child-like for your fancy (or that of your loved one this holiday season), then perhaps this set of ceramic plates is more your speed. This set comes in three colorways, each monochrome—reminiscent of the traditional blue-and-white porcelain aesthetic. The plates feature KAWS’s signature Companion character and “XX.” These plates are part of an exclusive merchandise line, created in connection to KAWS’ 2019 installation in Taipei’s Chiang Kai-shek Memorial Hall. 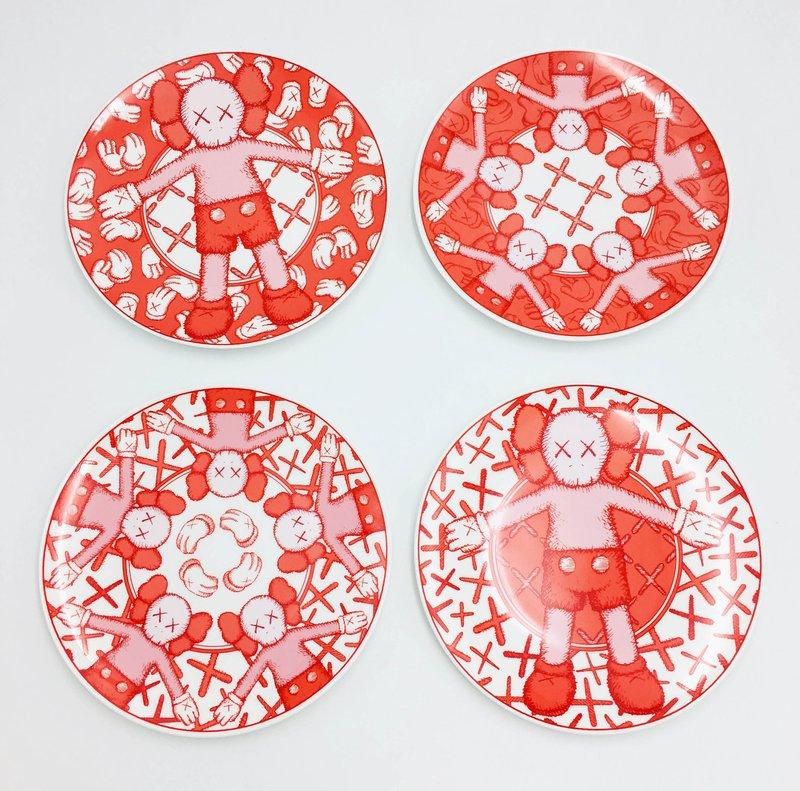 Limited Ceramic Plate Set is available on Artspace for $1,290

Actor Anthony Hopkins Reprises His Most Famous Roles for a New...

The Tehran Museum of Contemporary Art Closes for Fumigation After Two...

Actor Anthony Hopkins Reprises His Most Famous Roles for a New...

The 84-year-old actor is the latest celebrity to get into the NFT space.