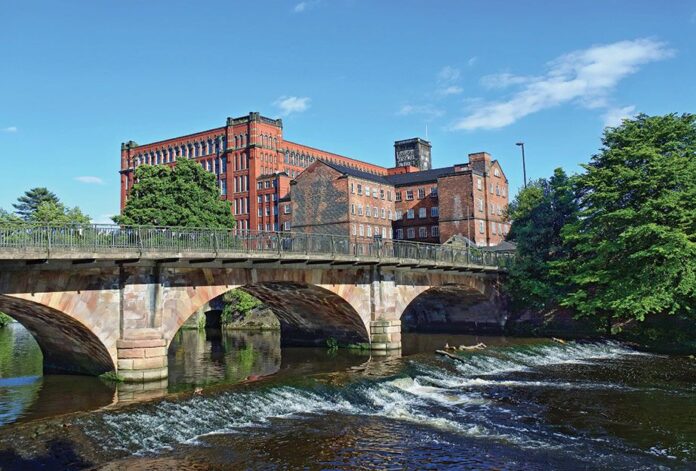 A museum in Derwent Valley Mills’ Unesco World Heritage site is set to close following the withdrawal of local authority funding. Strutt’s North Mill Museum, in Belper, Derbyshire, will be forced to vacate the former cotton mill in September. Private developers will seek to convert the historic building, whose fireproof iron frame revolutionised factory design and paved the way for the architectural plans of modern skyscrapers.

Kevin Buttery, leader of Amber Valley Borough Council, says the council “has no responsibility for museums”. He blames squeezed budgets for the cut. The museum costs the council £47,600 per annum.

The closure reflects recent research by the UK’s Museums Association (MA), which shows that local authorities now spend a third less in real terms on museums than they did in 2010. Alistair Brown, policy manager at the MA, says that closures are a direct effect of austerity: “There is simply much less public resource going into the sector. Local authorities are forced to make cuts and concentrate on statutory obligations. The combined impact of Covid has meant many museums—particularly smaller ones—are at risk of damaging cuts or even closure.”

John Layton, chair of the Belper North Mill Trust, which runs the museum, says: “Once council funding is removed, you have to take steps to see if you can balance the books. You have to draw down your activities to something affordable, and look for another funder. We’ve tried all these things, and nothing so far balances the finances.”

While Layton remains optimistic that the museum can be mothballed, the building’s future remains uncertain, and is reliant on a planning application that could see the mill converted into apartments and commercial premises. An application by the building’s landlord FI Real Estate Management (FIREM) was submitted in 2018, and a decision is tabled for 27 May.

Extensive repairs, including to the roof, were deemed neccessary in 2020, but an urgent works notice can only be issued once a decision is made. At that point, the council and Historic England, with private backing, can make a compulsory purchase order if the landlord fails to make good.

Local Labour councillor Ben Bellamy says: “They [FIREM] are continuing to let the mill deteriorate. It’s got to the stage where they’re not prepared to offer [the museum] a peppercorn, or even a reasonable rent.” The lack of central funding for World Heritage sites places a burden on hard-pressed local councils, he says. But of more serious concern is the potential loss of Unesco World Heritage status, which is already under review following two unsympathetic planning decisions.

Through Beauty and Pain, the 2022 Busan Biennale Flexes the Strength of South Korea’s Art Beyond Seoul