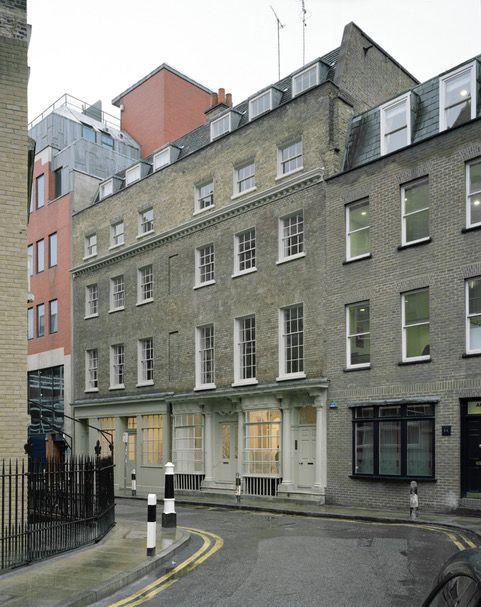 After a five-year break, the non-profit gallery Raven Row in London’s east end will return next month. The space, founded by the independent curator, collector and supermarkets heir Alex Sainsbury, reopens its doors in January with a show celebrating DIY British television of the 1970s (People Make Television, 28 January-26 March).

“The building lease runs for at least 20 years and there was always going to be an intermission [hiatus],” Sainsbury tells The Art Newspaper. Raven Row—which launched in 2009—occupies two 18th-century Huguenot silk shops, at 56 and 58 Artillery Lane, Spitalfields. The Grade I- and Grade II-listed buildings had been empty for ten years; the London-based practice 6a Architects transformed the building for the initial launch by building two contemporary galleries at the back of the venue.

Archive footage drawn from the Community Programme Unit, a department of the BBC, will go on show in People Make Television. More than 100 editions of the BBC2 Open Door programme (which launched in 1973 and allowed members of the public brief control of the broadcast) will be screened, throwing light on UK grass roots campaigning and community groups that sprung up in the 1970s and 1980s.

“Raven Row contributes to the art ecology of London. It is fair to say that we can’t imagine the exhibitions we’ll produce would be configured by other institutions,” says Sainsbury. “We can take risks as there is not the relentlessness you find elsewhere.” He curates many of the exhibitions and has overseen People Make Television. “The funding also comes from me; it is a streamlined operation,” he adds.

The programme for the next two years has been confirmed, Sainsbury says. “It will be a testing ground for going forwards; the model might change.” An exhibition drawn from the June Givanni Pan African Cinema Archive—featuring films from the collection of the eponymous Guyanese-born curator—is due to open at Raven Row next April.

Sainsbury established the independent Hoxton-based arts organisation Peer in 1998, which he is no longer connected with. He subsequently set up the project space 38 Langham Street, a “preamble to Raven Row”, which ran from 2001 to 2003.