Home News Santa Claus Walked These Floors: Stunning Mosaics Have Been Uncovered at the... 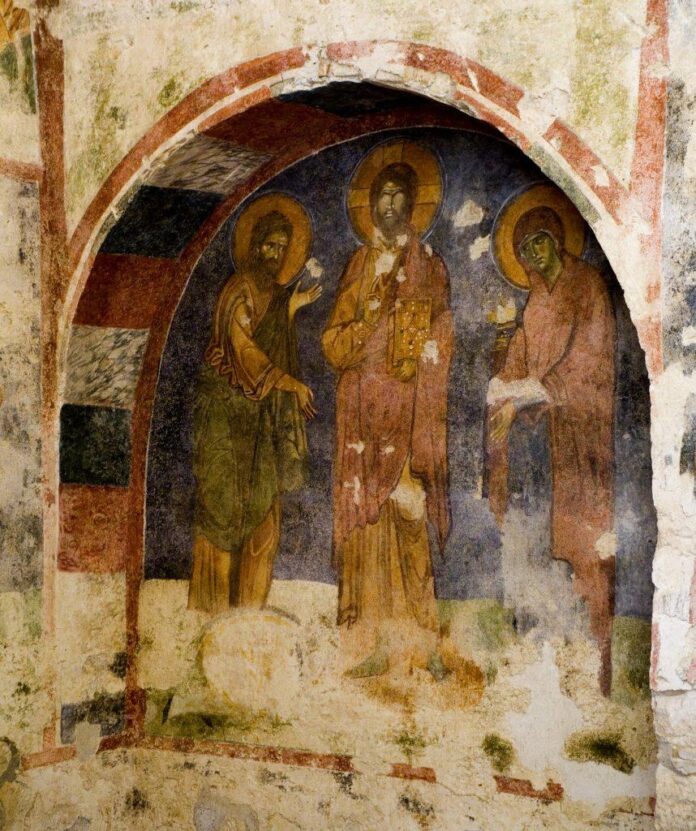 Archaeologists excavating the Church of St. Nicholas in Demre, Turkey, have uncovered the original stone mosaic floors where the saint, believed to be the inspiration for Santa Claus, would have stood during mass, and where his tomb is located today.

“We are talking about the floor on which St. Nicholas’s feet stepped. This is an extremely important discovery, the first find from that period,” Osman Eravşar, the head of the provincial cultural heritage preservation board in Antalya, told Demirören News Agency.

Experts identified the seventh- or eighth-century church as St. Nicholas’s final resting place in 2017, when electronic surveys revealed empty spaces between the floor and the foundations. Excavations have been ongoing since. The work required removing the upper layer of Byzantine-era mosaic tiles to uncover the remains of the ancient third-century basilica below, reports the .

The older church was flooded by rising sea levels, and the current structure was erected above its remains in the Middle Ages. The site was meant to be St. Nicholas’s final resting place, but Crusaders removed his bones and transported them to Bari, Italy, in the year 1087, obscuring the original location of the grave by moving the empty burial chamber to a niche on the side of the chapel.

Now, archaeologists studying the site believe they know where it was supposed to be.

“His sarcophagus must have been placed in a special place and that is the part with three apses covered with a dome. There we have discovered the fresco depicting the scene where Jesus is holding the Bible in his left hand and making the sign of blessing with his right hand,” Eravşar added, as quoted by the .

It’s also possible that the Crusaders left some things behind—or that they took the wrong remains.

“There are probably other bones that are said to belong to him, or at least other iconographic fragments,” Eraysar said, warning that the burial site is now below sea level, and any remains still could have been damaged by flooding and humidity.

An early Christian bishop, the real St. Nicholas lived from the year 270 to 343. His practice of secretly giving gifts to children—particularly throwing gold coins down the chimney of a poor family considering selling its daughters into prostitution—has become immortalized in the legend of Santa Claus, whose name comes from the saint’s Dutch name, Sinterklaas.

The Church of St. Nicholas, which is decorated with frescoes of the saint, has been a UNESCO World Heritage site since 1982.