Home News ‘For the King’s pleasure’: a ground-breaking study of the interiors of Windsor... 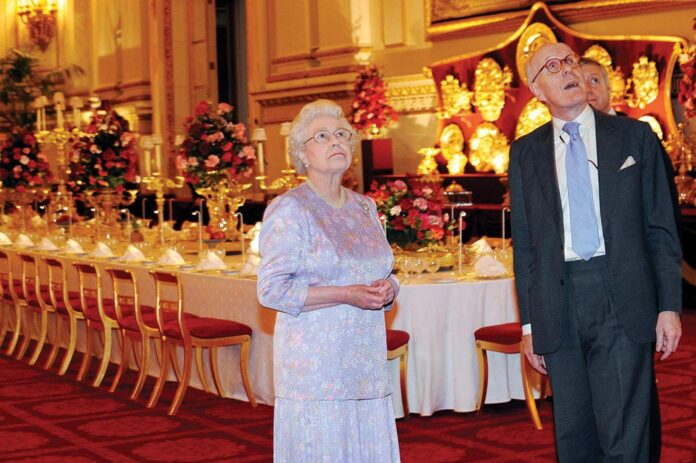 Geoffrey de Bellaigue and Pat Kirkham, with their “George IV and the furnishing of Windsor Castle” in Furniture History in 1972, provided a hint of what was to come from the mind and pen of Hugh Roberts’s magisterial For the King’s pleasure, here under review. His advantage was the discovery, or re-emergence, of the Morel and Seddon Account Book.

Roberts’s book has arrived on the decorative arts scene like a meteorite. It breaks new ground in the presentation of the furnishing of a single building, and a complex one at that, interweaving more than 500 illustrations of designs, early photographs, beautiful colour plates, and an intelligent sampling of all the furnishings in each room under scrutiny.

This is a book-catalogue, but one that is constructed as a pleasure to read and consult.

It is divided into two parts. First a quintet of articles that sets the scene about George IV at Windsor: the architectural history prior to 1820; the King’s plans for the proposed works; the administration of the works and the role of the eight Commissioners of the Works, not least that eminence grise to the king’s taste, Sir Charles Long; the practical acquisition of what constituted a “great richness”, from the moment the foundation stone of the works was laid in 1824; the costings; and finally an enjoyable read about the King in residence.

Then follows Part II, “The analysis and transcription of the accounts”. These take up no less than 368 pages of meticulous and scholarly, but readable, documentation and analysis of a sequence of those numbered rooms under analysis: from Room 186, known as the Beaufette Room, to Rooms 303, 304 and 305, the Lord Steward’s Bedroom, Study and Drawing Room.

The method is exemplary: the room is first generally described for position, decoration, use, and furnishings, followed by itemisation from the accounts, in the case of Beaufette numbers 10 to 22. Then comes the commentary on the numbered accounts. This a precise, clear, and indeed uniquely devised, system, progressing through the book until we arrive at account number 1,489.

An excellent demonstration of Hugh Roberts’s device is Room 88, the Large Drawing Room (the Crimson Drawing Room). There is a photograph of the room by A. Disderi in 1867 and one in 1997; the exquisite gilt wood trophies by Edward Wyatt, about 1811-16, removed from Carlton House; J. Boileau’s carpet design made at Axminster to Morel’s direction, about 1827; Morel’s designs for the gilt wood suite as well as photographs; drawings of ormolu by T. Talbot Bury; or van Risenburgh’s ebony and gilt bronze centre table, about 1770, from Carlton House. This entry, among so many others, shows how intertwined is the furnishing history of George IV’s lamented and demolished Carlton House with that of Windsor Castle.

Hugh Roberts’s impeccable For the King’s pleasure is a landmark in the history of the decorative arts. Whenever we read descriptions of European royal palaces, we will judge them using his method as a benchmark, I am sure to the detriment of anything that has been published to date.

It is perhaps unfair to append to this review John Martin Robinson’s Windsor Castle: the official illustrated history, also published by the Royal Collection Enterprises. It first appeared in 1996 as Royal palaces: Windsor Castle, a short history. These two reviewed books do not compare. Mr Robinson’s is a chronological description of the castle, treated sectionally by monarch. It is a smooth read and serves the visitor and tourist to perfection.