Home News Found It! The Most Incredible Art-Historical Rediscoveries of 2022, From a Renaissance... 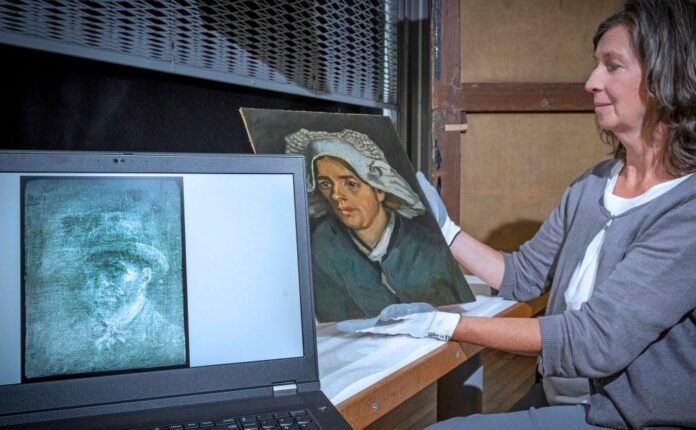 Along with archaeological discoveries, it was an excellent year for art-historical finds. A long-lost Renaissance painting languishing in a nursing home—check. A 200-year-old marble statue by an Italian master forgotten in a garden—check. Definitive proof that a Rembrandt “imitation” is the real deal—check! Catch up on these recovered treasures and more in our year in review.

‘It Was Just Flabbergasting’: A $321,000 Renaissance Masterwork Was Discovered Hanging (Off-Kilter) Above Nonagenarian’s Bed
By Sarah Cascone, June 7, 2022 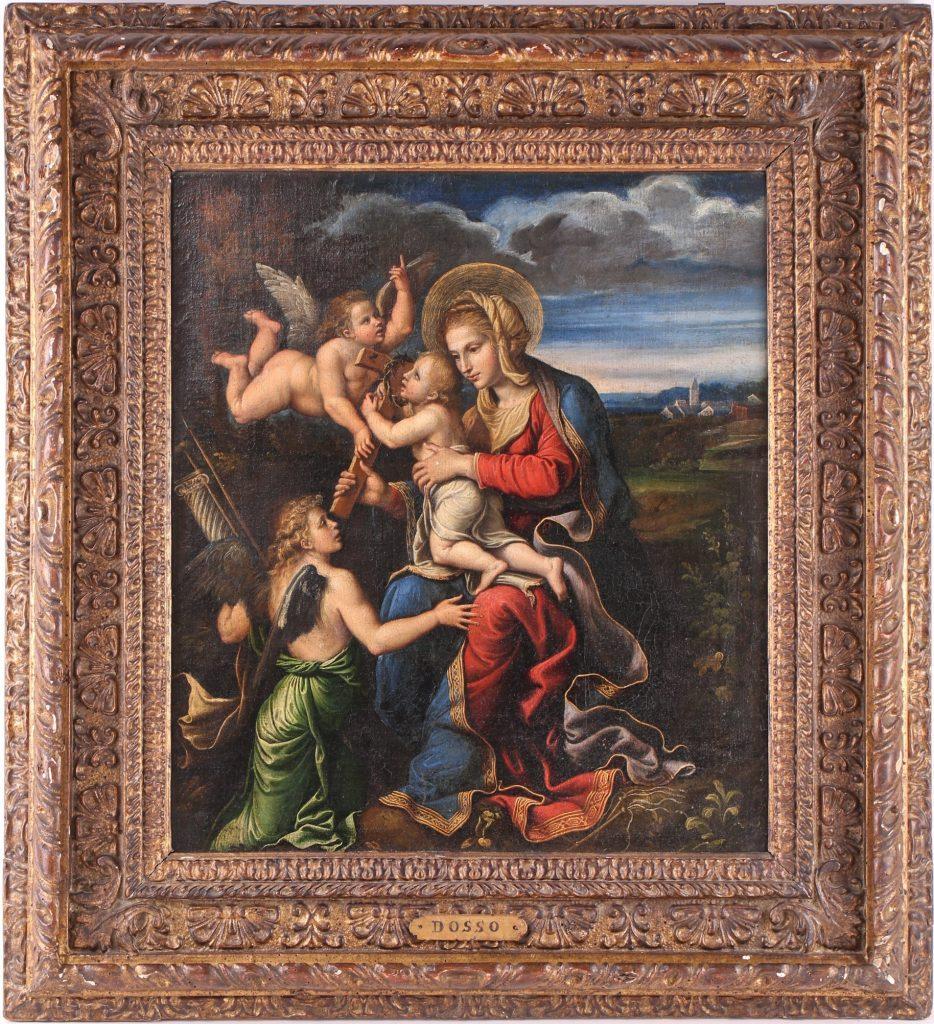 “A major lost painting by a follower of the Italian Renaissance painter Filippino Lippi hidden in plain sight in a London bungalow has sold for £255,000 ($321,000) at Dawsons Auctioneers in London. The painting belonged to a woman in her 90s who moved to a nursing home last year. Her family enlisted Dawsons to evaluate the home and its contents as they began the process of selling the property to help cover her medical care.”

A Lost Painting by Futurist Master Umberto Boccioni Turned Up at a Dorset Junk Sale for Around $100. It Could Be Worth $288,000
By Vittoria Benzine, September 6, 2022 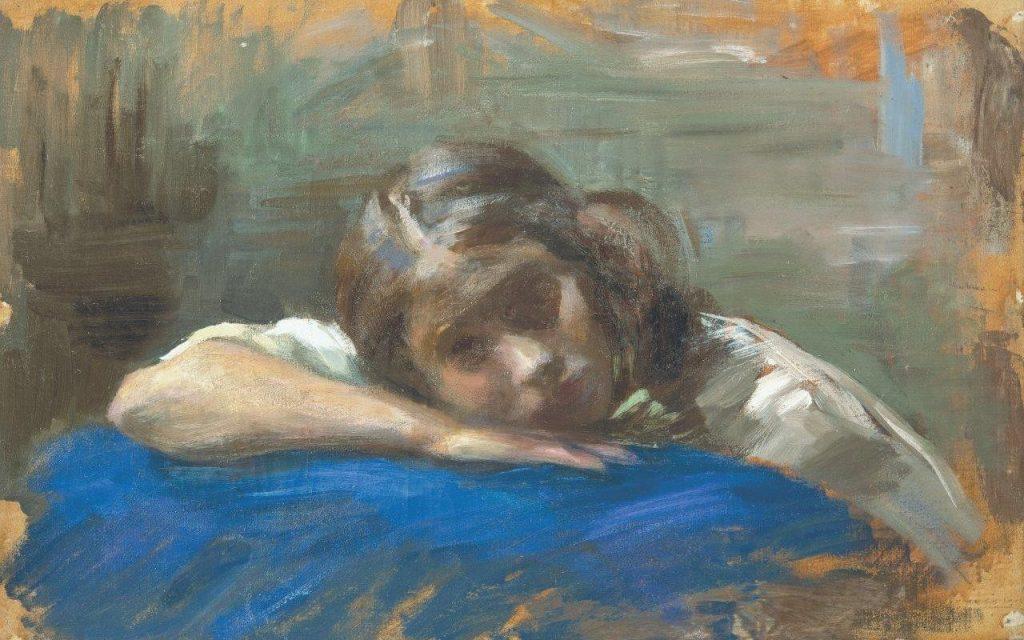 A portrait of a young woman, attributed to Umberto Boccioni and dated 1911.

“New works by Umberto Boccioni, the Italian Futurist artist who died at the tender age of 34, are a rarity. But last year, one cropped up at a rummage sale in the English seaside town of Dorset, and with the nifty price of less than £100 ($115). Its anonymous buyer told the , which reported the discovery, that they found the picture in a lot of works by around 20 different artists.”

A Long-Lost Titian Painting, Valued at $7 Million, Was Recovered by Italian Heritage Police After It Was Sent for Restoration
By Dorian Batycka, May 23, 2022 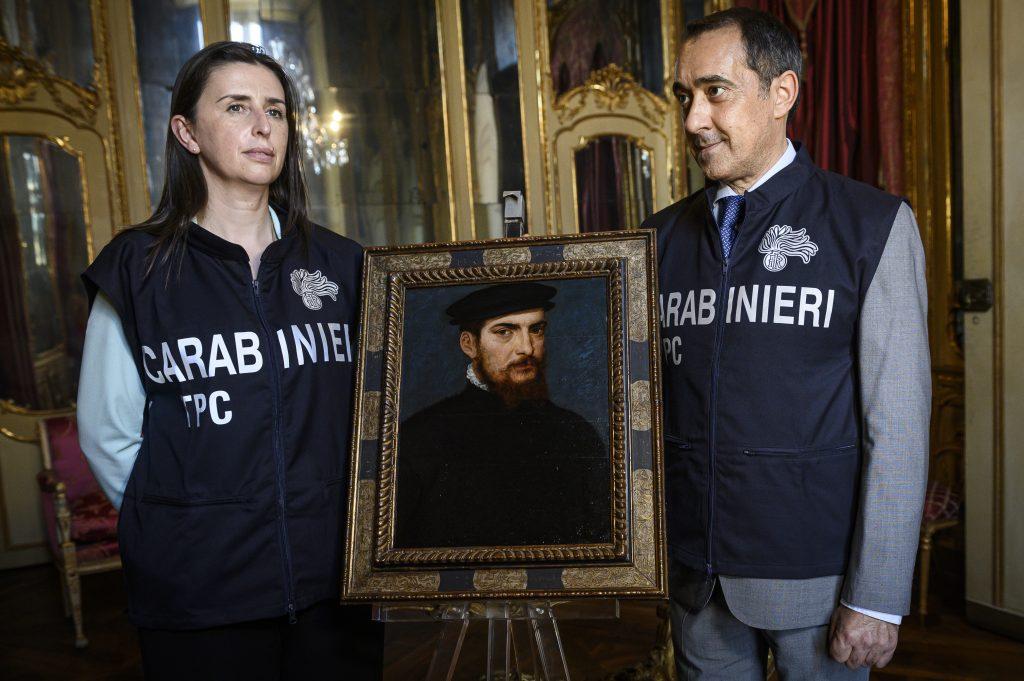 (c. 1512), attributed to Titian, is held by members of the Carabinieri in Turin during the restitution ceremony to the Italian state. Photo: Nicolò Campo/LightRocket via Getty Images.

“The Carabinieri, the cultural heritage protection unit of the Italian police, announced the recovery of a long-lost painting thought to be by the Renaissance master Titian. The work, titled (c. 1512), disappeared in 2004. It was thought to have been taken to Switzerland, but a tip led authorities to a workshop in the Asti area of Piedmont, Italy, where it had been taken for restoration…Two Swiss citizens are now being investigated over the painting’s disappearance.”

An Early American Portrait Stolen From a Staten Island Museum Was Recovered When an Eagle-Eyed Collector Spotted It at Auction
By Sarah Cascone, November 7, 2022 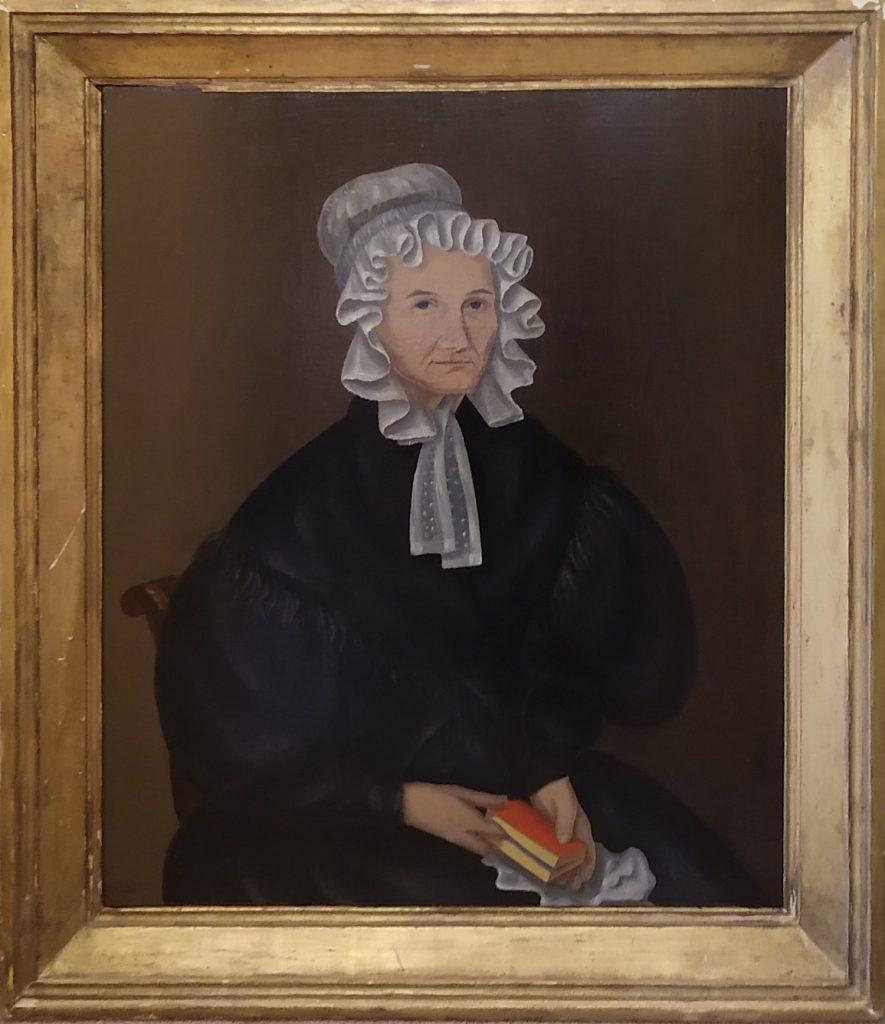 “In October 2021, Gordon Fine, a folk art collector in the Bay Area, had spotted a portrait on offer at Michaan’s Auction House in Alameda. He had visited the [Staten Island] museum some years ago, and remembered seeing John Totten’s portrait, and wall text explaining that the matching depiction of his wife had been stolen. Could this be the same work, he wondered?”

An X-Ray Uncovered What May Be Van Gogh’s First-Ever Self-Portrait Beneath a Modest Painting of a Peasant Woman
By Dorian Batycka, July 14, 2022 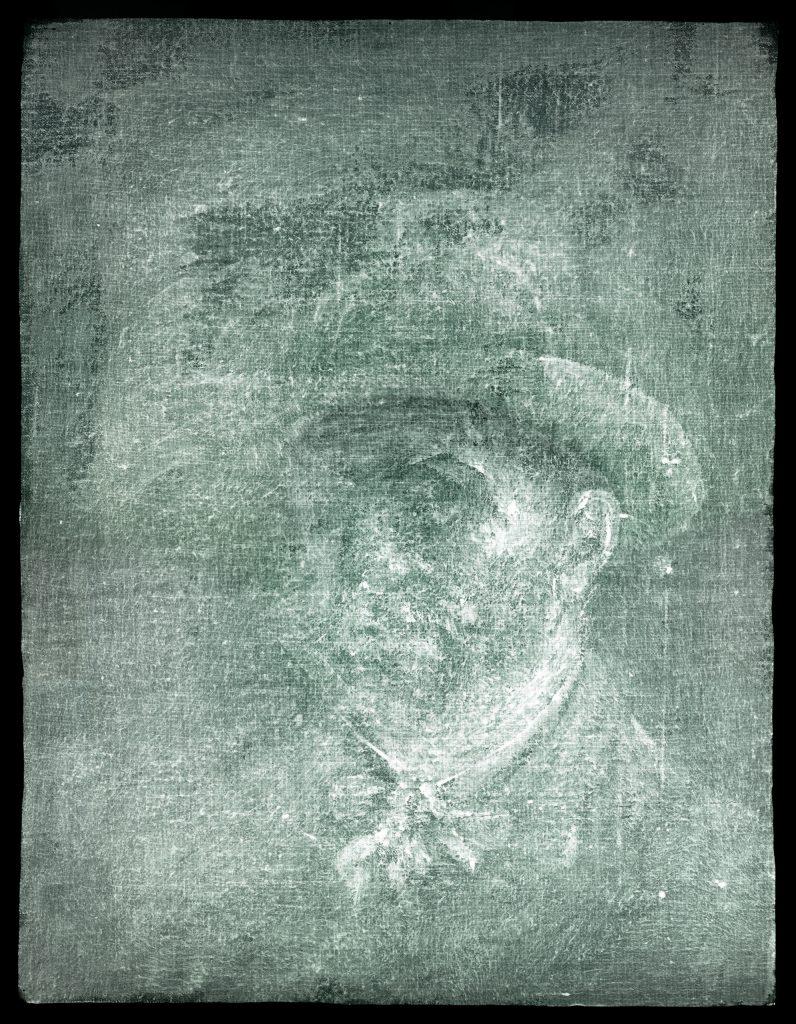 “Conservators at the National Galleries of Scotland last week came upon a very notable find: a self-portrait of Vincent van Gogh underneath a modest painting of a peasant woman he had made over a century ago. Even more remarkable is the fact that the self-portrait may be the earliest Van Gogh ever painted.” 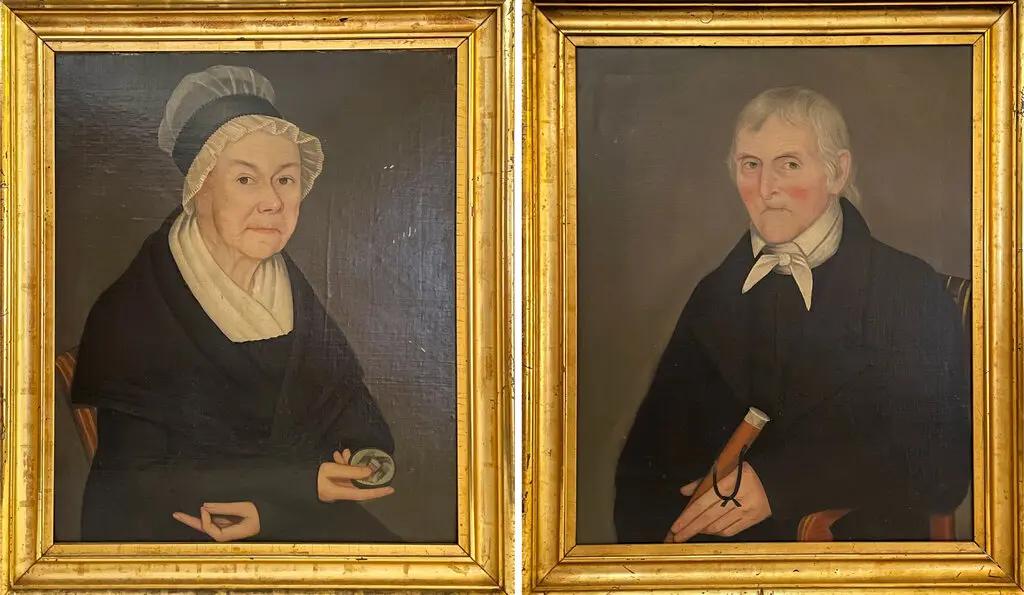 “Exactly 50 years and a day after thieves pillaged Historic Huguenot Street in New Paltz, New York, the FBI returned a pair of historic paintings to the Upstate New York institution…The 1820s canvases depict elderly New Paltz residents Dirck D. Wynkoop (1738–1827), a prominent local wheat farm owner, and his wife Annatje Eltinge (1748–1827). They are the work of itinerant folk artist Ammi Phillips, a likely self-taught portraitist who was active from the 1810s to the early 1860s and painted prolifically across Connecticut, Massachusetts, and New York.” 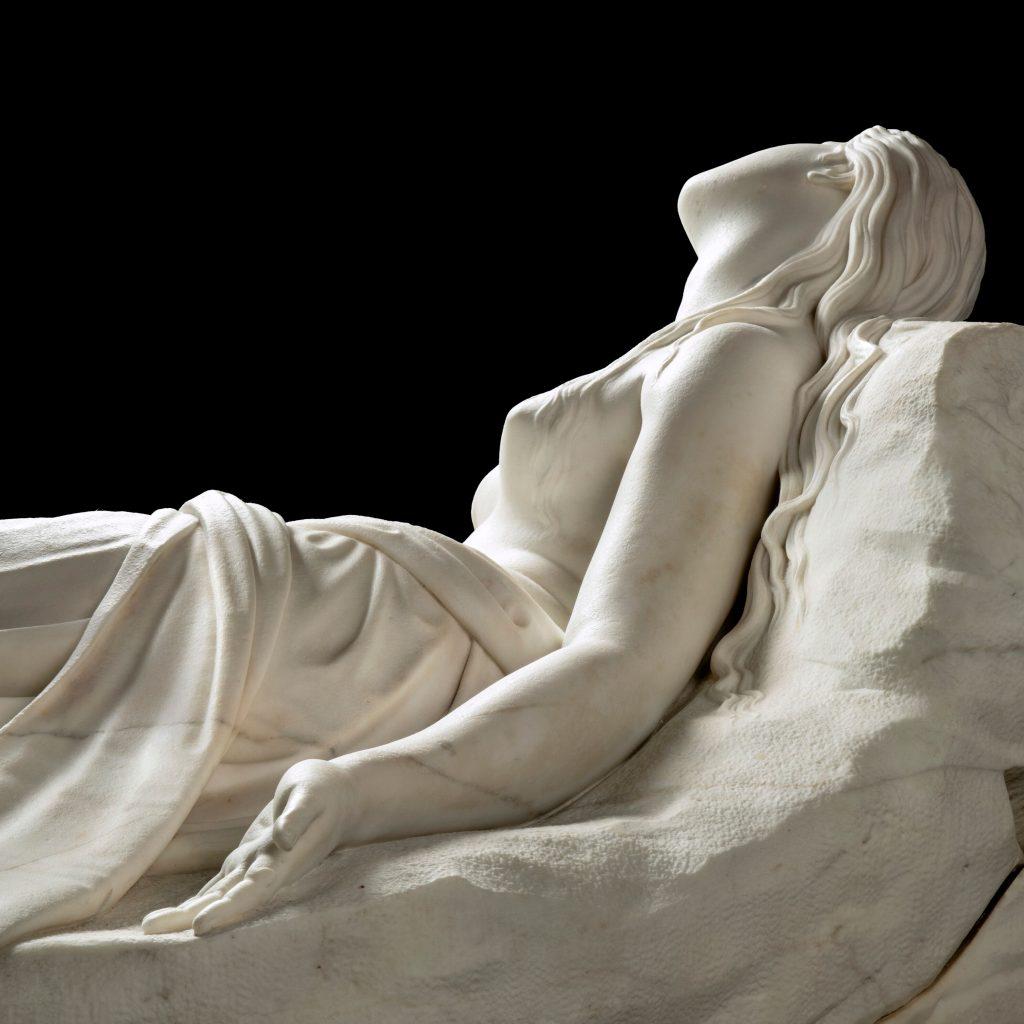 “Twenty years ago, a heavily weathered, darkened sculpture by an unknown artist sold for £5,200 ($7,540) at a garden statuary auction in Sussex, England. It was identified only as Last summer, that very same piece, restored to its original white finish, was identified as a long-lost work of Italian master Antonio Canova. It will now be sold at Christie’s London for an estimated £5 million to £8 million ($6.5 million to $10.5 million), just in time for the bicentenary of the artist’s death.”

A $10 Million Wax Sculpture by Salvador Dalí, Long Believed to Have Been Destroyed, Just Turned Up in a Collector’s Vault
By Artnet News, May 11, 2022 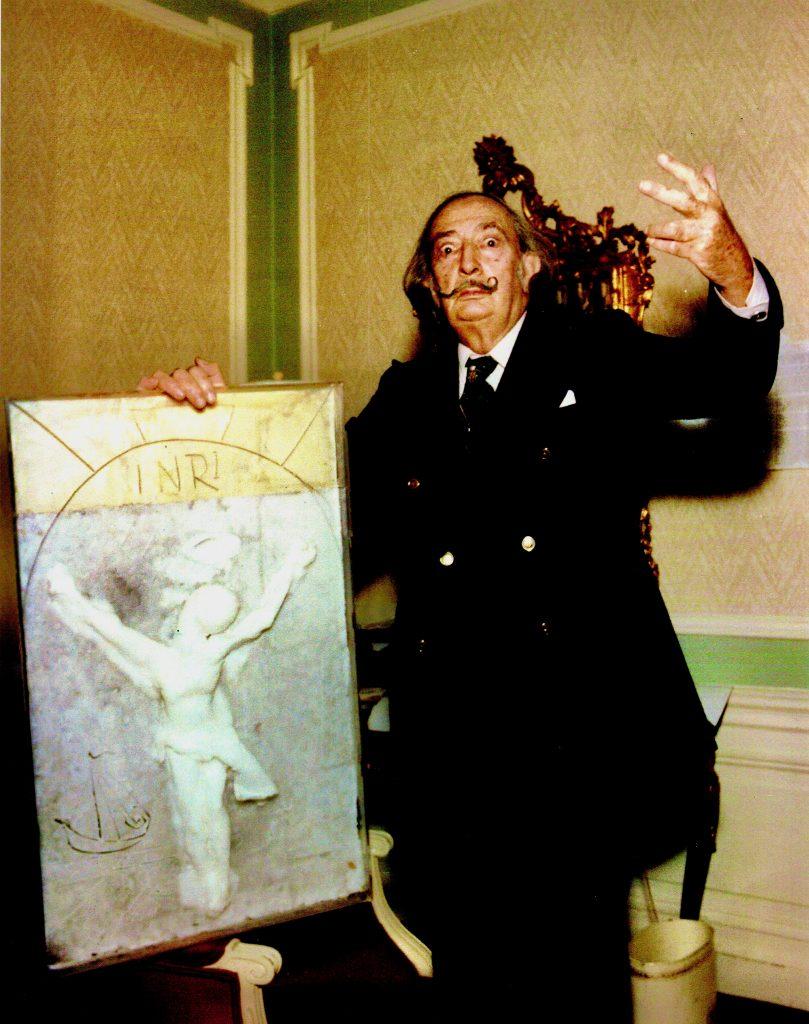 Salvador Dalí with his wax sculpture, Christ of St. John of the Cross (1979). Courtesy of Harte International Galleries.

“Call it a surprise birthday gift. A wax sculpture by Salvador Dalí, long thought to be lost to time, has supposedly been rediscovered…Completed in 1979, a decade before Dalí’s death, it depicts Jesus crucified above a nondescript body of water, and is loosely based on a 1951 painting by the artist. Both are called …The sculpture, wax it turns out, was merely in storage. For the last four decades, it has been housed in the vault of a private collector close to Dalí. The piece was even kept in the original Plexiglas casing the artist designed for it.” —Artnet News 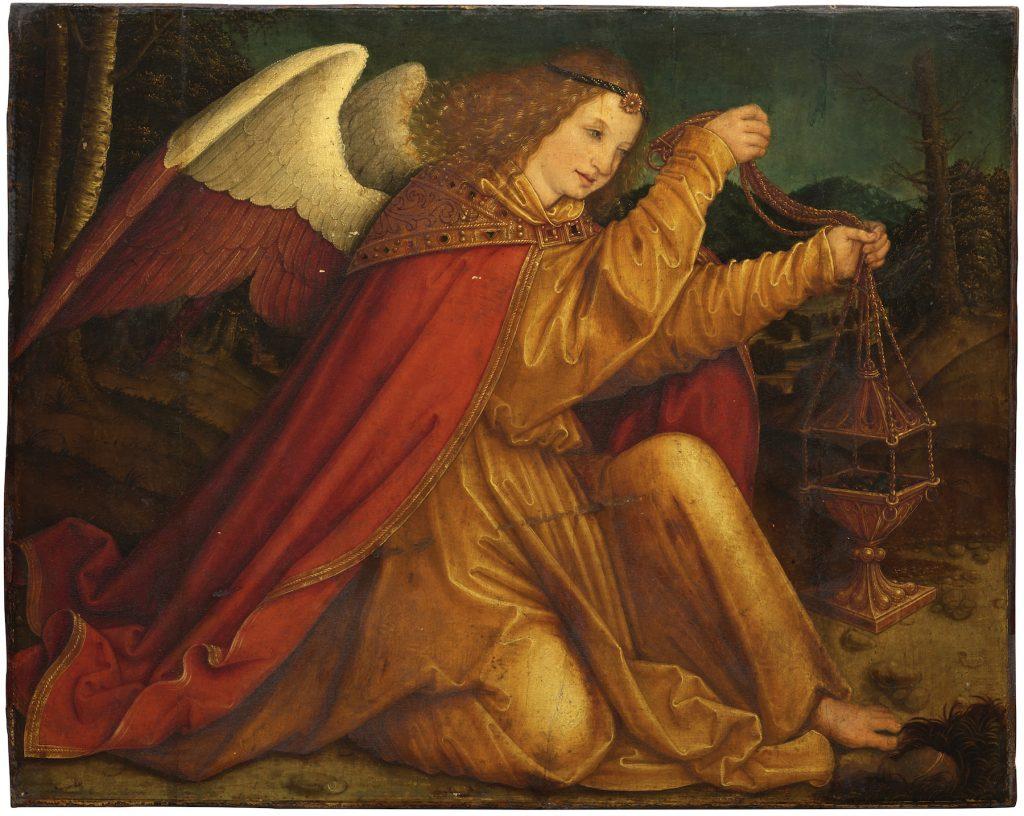 “A regional French auction house just made €3.5 million ($4 million) on a religious panel recently attributed to the Northern Renaissance painter Bernhard Strigel. In a drama worthy of one of New York’s marquee evening sales, seven international bidders duked it out over the phones for 15 minutes, elevating the final price to €3,472,000 with fees…The sale was followed by a round of applause from those in the room for the two young auctioneers, Pauline Marigne and Géraldine Martres, who discovered the work during the course of a routine insurance valuation of objects from the estate of a client’s mother last July.”

High-Tech Scans Revealed That an Oil Sketch Long Dismissed as a ‘Crude Imitation’ of Rembrandt Is the Real Deal
By Jo Lawson-Tancred, November 4, 2022 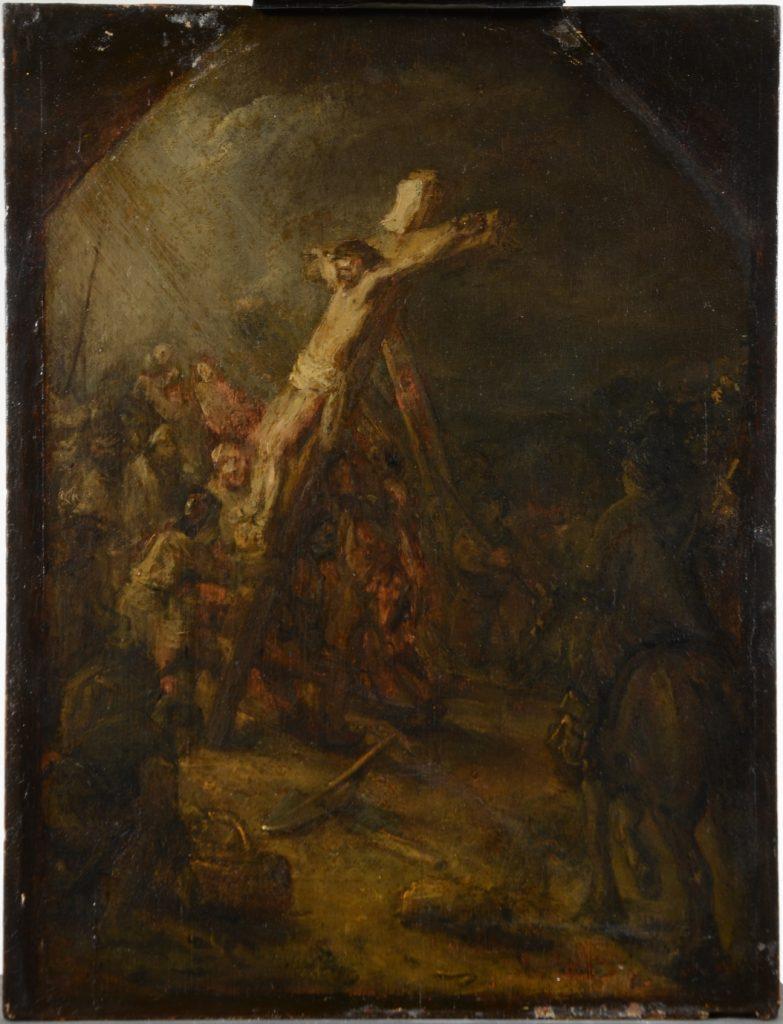 Rembrandt, The Raising of the Cross (c. 1640s). Image courtesy of Museum Bredius.

“An oil sketch that has long been dismissed as a ‘crude imitation’ of Rembrandt’s work has now been revealed to be the real deal. The collector and curator Abraham Bredius acquired the Raising of the Cross, painted sometime in the 1640s, for Museum Bredius in the Hague in 1921. He believed it to be a genuine work by the 17th-century Dutch artist…‘[X-ray and infrared] research shows that the sketch has several changes made by the artist himself while painting, meaning that its composition was a creative process.’”

A Man Pulled Some Unusual Art From a Dumpster, Thinking It’d Be Fun for Halloween Decor. It May Actually Be Worth a Scary Amount
By Taylor Dafoe, April 11, 2022 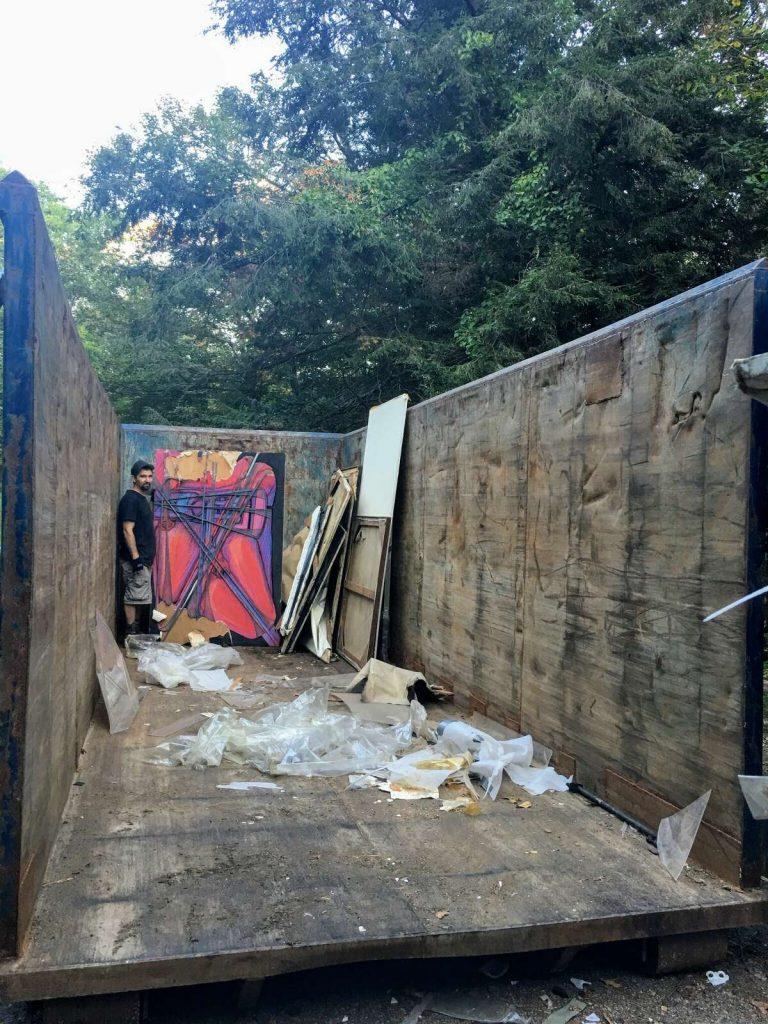 Jared Whipple in the Dumpster where he found hundreds of artworks by Francis Hines. Courtesy of Jared Whipple.

“The mechanic, Jared Whipple, came across the artworks in September 2017 after being tipped off by a contractor friend whose company had been hired to clear an abandoned barn in Watertown—presumably Hines’s studio. Driving to the site the next day, he and another friend found hundreds of paintings and sculptures in the trash, most swathed in protective plastic, some also covered in mold, dirt, and other debris.” 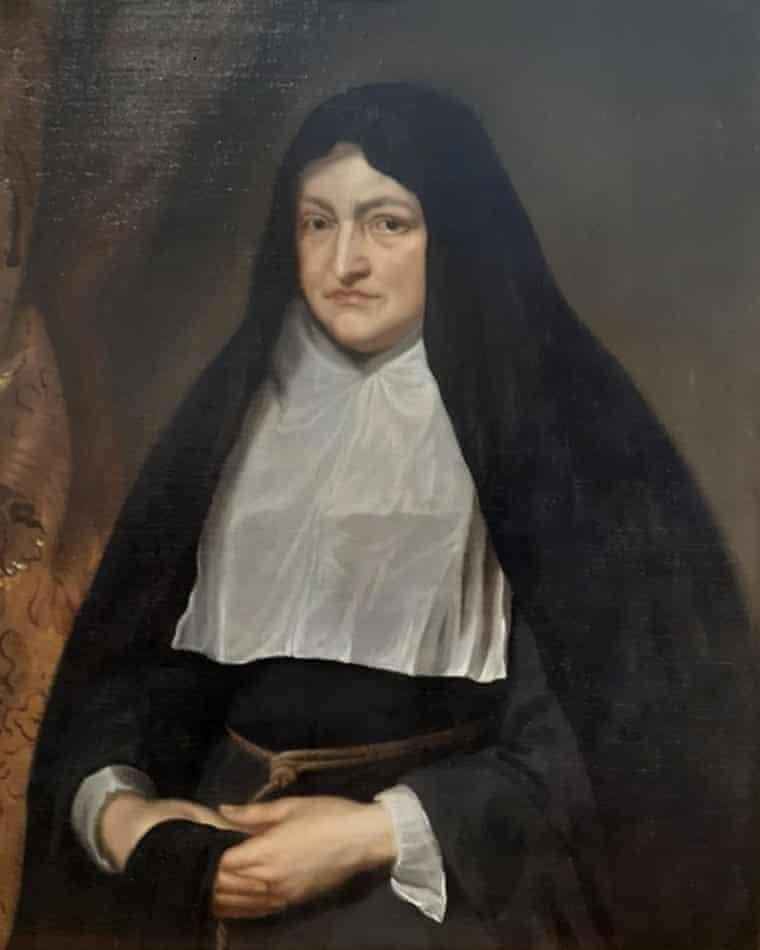 “Wright had always assumed that the portrait of Isabella Clara Eugenia, sovereign of the Spanish Netherlands from 1598 to 1621, was a mere copy. But when Colin Harrison, senior curator of European art at the Ashmolean Museum, Oxford, stopped by for a visit, he was immediately struck by the work’s quality, and told Wright it might be the real deal.”

Faded Photos Bought for $2,200 at an Estate Sale Turn Out to Be Two Rare Stieglitz Works Stuck Together
By Sarah Cascone, September 13, 2022 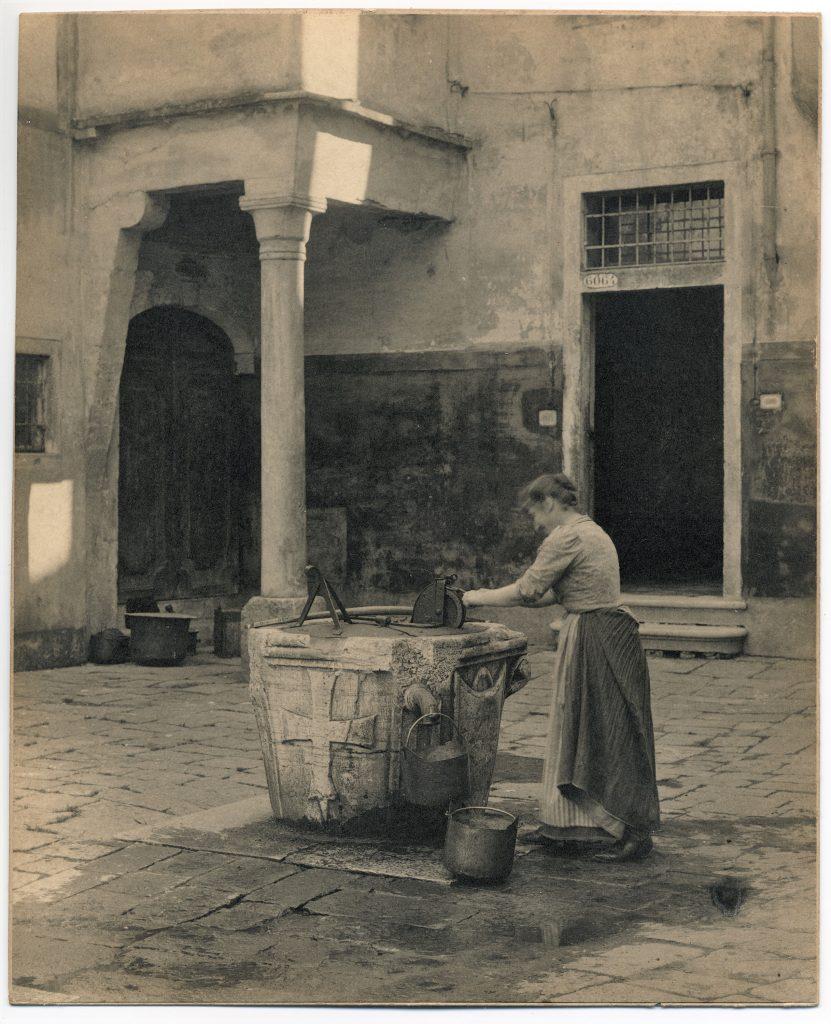 Alfred Stieglitz, (1894). Jeff Sedlik purchased a faded platinum print of this image at auction and discovered this second perfectly preserved print hidden inside the frame.

“’When I opened the frame for the first time in 120 years and saw that there was a second print, a perfect platinum print with the richest tones you’ve ever seen, I was just staring at it. I could not believe it,’ Sedlik told Artnet News. “I don’t even have a word for it. It was really incredible.’”