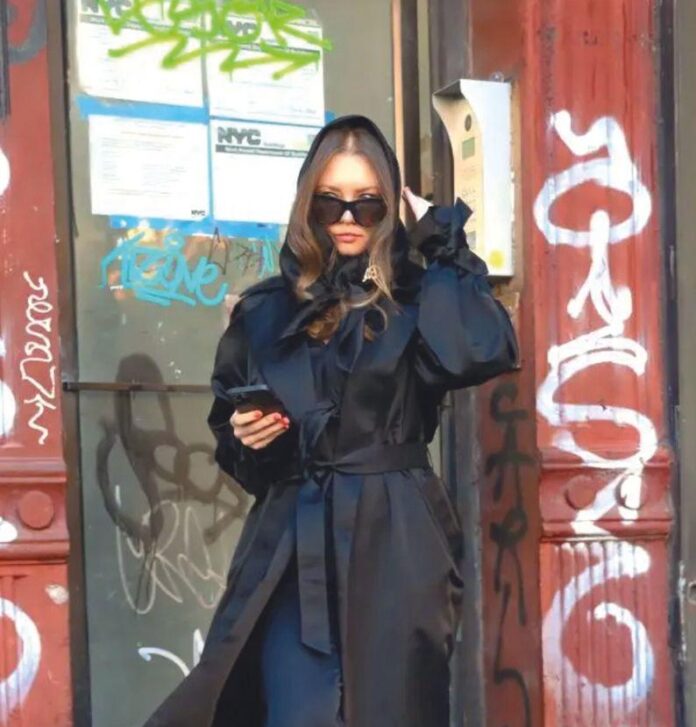 Famous fraudster Anna Sorokin (aka Anna Delvey) has tricked the art world once again—and this time she didn’t have to lift a single manicured finger. Whispers of her presence spread throughout the fair on preview day but the Russian-born German socialite, who was convicted of theft and grand larceny and has had her life story dramatised in a hit Netflix show, is in fact under house arrest in Manhattan after being released from jail on Friday. In other celebrity non-sightings, the popstar Cher was also rumoured to be attending the fair—her absence was marked by a rousing cry that could be heard from tipsy fairgoers: “Where is Cher?! Where is Cher?!”

Keep off the grass. Or stay on, it’s up to you

A series of playful signs in Frieze Sculpture in Regent’s Park by the artist duo John Wood and Paul Harrison are making people smile. The installation 10 signs for a park (2022) is described as “a bit like the signs you see in a park. A bit not like the signs you see in a park.” One of the mischievous works states: “Please do not read”, which can prove difficult for onlookers, of course. (One passer-by was overheard commenting that “of course I have to bloody read it”.) But there is a question mark over one bare pole that stands looking forlorn. The Art Newspaper understands that one of the signs—with the wise message “You Are Reading These Words”—has mysteriously disappeared…

Prouvost’s all in a tickle pickle

“No More Front-Tears” is the slogan emblazoned across Laure Prouvost’s immersive and interactive Lisson stand. The famously mischievous artist is indulging in some boundary-busting, ticklish activity both within and beyond the fair. At Frieze London, multi-panel canvases are perforated with holes fitted with gloves that visitors are invited to use, hoping that “tickling will take place” (although Bianca Jagger did not oblige when she visited the stand). Beyond the tent, at Piccadilly Circus, Provost’s two-minute film, also called No More Front-Tears, is playing across the giant screen every day at 20.22pm until 30 October. And there’s more ticklish tentacular activity with the launch of Prouvost’s giant augmented reality octopus that “wraps” itself around the Anteros statue in Piccadilly Circus, as a poetic and pertinent challenge to borders and immigration.

Gallerist is dripping with energy

Glenn Scott Wright, the director and partner at Victoria Miro gallery, has the perfect solution for coping with Frieze Week fair-tigue: pop along to your doctor for a vitamin blast. Wright posted an arresting image on Instagram showing him receiving the energy-boosting treatment. “To fortify myself with an intravenous drip of peptides and vitamins,” he wrote in the accompanying text, alongside the pic of himself all aglow. “I’ve been doing it for a couple of months; it definitely helps with energy and well-being,” Wright said at Frieze, looking the picture of health.