Home News From Dino-Mania in New York to Richard Armstrong’s Resignation: The Best and... 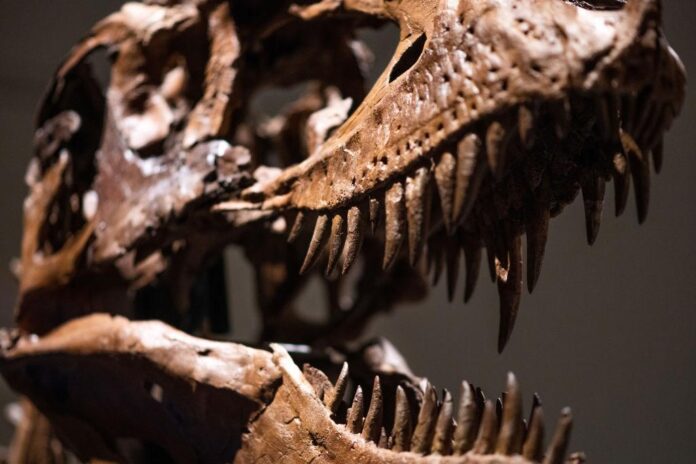 A Royal Discovery – Restorers working on the Prince’s Palace in Monaco discovered a trove of Renaissance-era frescoes.

Pope’s Robes Hit the Market – A set of Pope Francis’s old papal garments, labeled with his name in black marker, are hitting the auction block.

The Godfather of Art Rock Gets His Due – A new show dives into Lou Reed’s archives and highlights intimate aspects of his life and art.

Infamous Building for Sale – The Park Avenue manse where Anna Delvey wanted to set up her eponymous (fake) foundation is for sale with a staggering price tag.

Satanic Sculpture Demolished – A mysterious Stonehenge-esque sculpture in Georgia has been bombed after years of speculation that it was tied to Satanic worship.

Museum Attendance Is Down – Despite lockdown measures lifting, depressed attendance figures continue to plague museums around the U.S.

Whistleblowers Want to Strip DIA of Its Accreditation – Critics want the American Alliance of Museums to strip the Detroit Institute of Arts, long plagued by accusations of mismanagement and discrimination, of its accreditation.

Seven Sentenced for Paris Art Theft – A man and his mother are among those found guilty in a $2 million theft of works by Pierre Soulages, Gerhard Richter, and other artists.

Chinese Museum Closes Outpost – The Times Art Center, a Chinese-run museum based in Berlin, announced it would close due to a “growing cultural disparity” between the two countries.

Guggenheim Director Resigns – Veteran museum director Richard Armstrong, who has overseen the museum for almost 15 years, announced he is resigning in 2023.

A Frida Kahlo musical is headed to Broadway