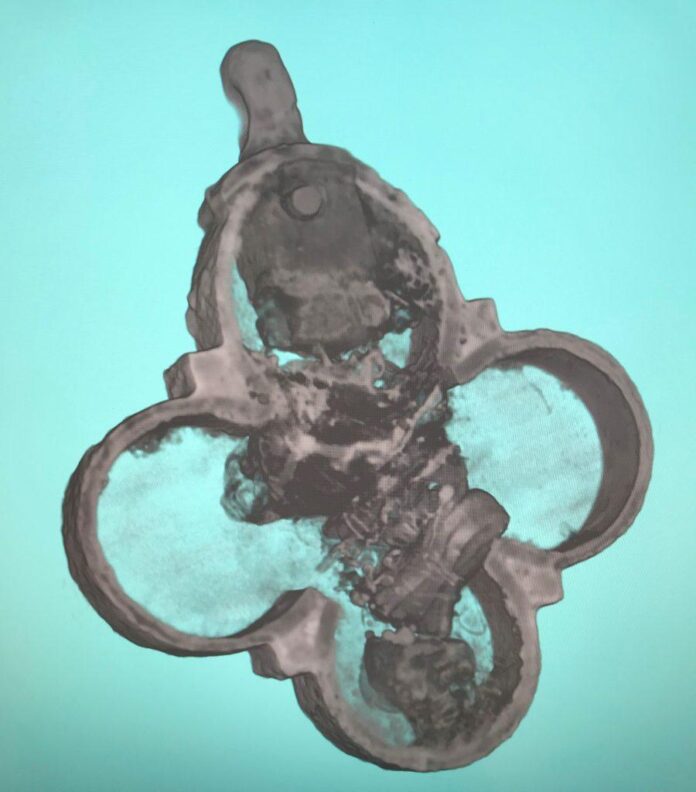 Researchers have gotten a glimpse inside an 800-year-old pendant, which was discovered in 2008 in a medieval refuse pit in the Old City section of Mainz, Germany. They did so not by cracking open the heavily corroded relic, but with a high-tech solution: neutron imaging.

The study was carried out by a team from the Leibniz Center for Archeology (LEIZA), which recognized the delicacy of the artifact. “Centuries of corrosion have heavily damaged the object as a whole and especially the lock mechanism,” said LEIZA restorer Matthias Heinzel. “Opening the pendant would have meant destroying it beyond all hope of repair.”

Made out of copper in the shape of a quatrefoil, the pendant is decorated with images of Jesus, Mary, four disciples, and four female saints. Since its excavation, it has been dated to the late 12th century and is one of four such objects attributed to a workshop in Hildesheim, a city in Lower Saxony. 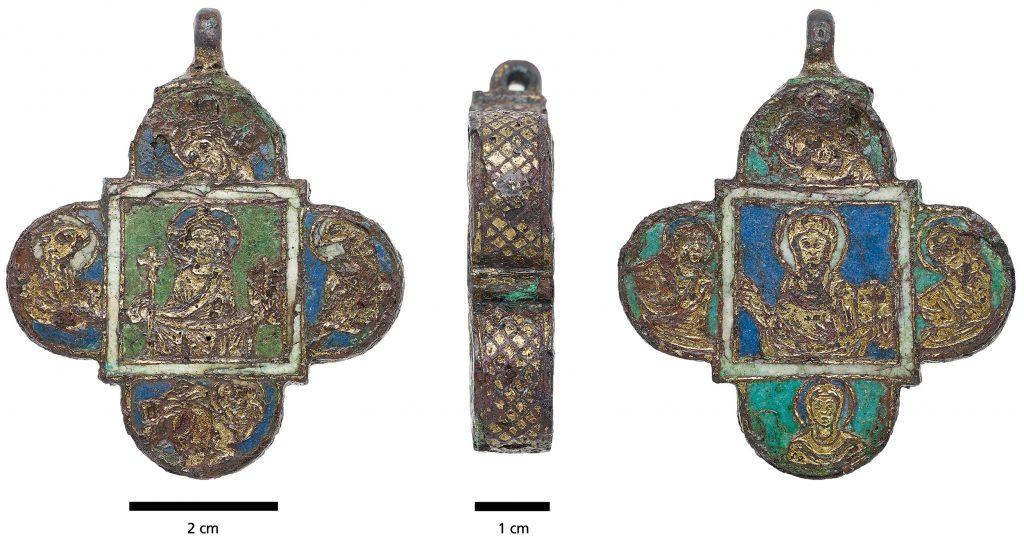 To inspect its contents, scientists spent 500 hours removing corrosion deposits from the relic’s surface before calling upon neutron tomography, a technique that creates three-dimensional images by detecting the absorption of neutrons in a source. While micro X-rays and Raman spectroscopy were used in an initial analysis, the advanced neutron tomography and radiography experimental system (ANTARES) at the Technical University of Munich was deployed to pick up organic matter within the pendant.

The team discovered the object contained five textile packets, of which neutron imaging allowed exact measurements. Further analysis found these packages to hold miniscule bone fragments, part of a thin silk cord, and a small dab of wax, later identified as beeswax. The LEIZA researchers have published their findings in a 2022 study.

“This is the first proof that this kind of pendant may possibly have been worn around the neck on a silk cord,” Heinzel said. “The neutron tomography at TUM meant we could additionally measure the thread size and the string separations of the textiles inside the pendant.”

The artifact is considered a phylactery, an amulet or reliquary housing religious relics and believed to offer protection. During the Middle Ages, such objects were commissioned by and installed in religious houses as part of an altar, or worn on their owners as a sign of devotion.

The religious function of phylacteries could well explain the bone particles found in the pendant, though the LEIZA team is hesitant to make an immediate connection.

“We can’t say whether or not these bone splinters are from a saint and, if so, which one,” said Heinzel. “Usually, relic packages contain a strip of parchment indicating the name of the saint. In this case, however, we unfortunately can’t see one.” 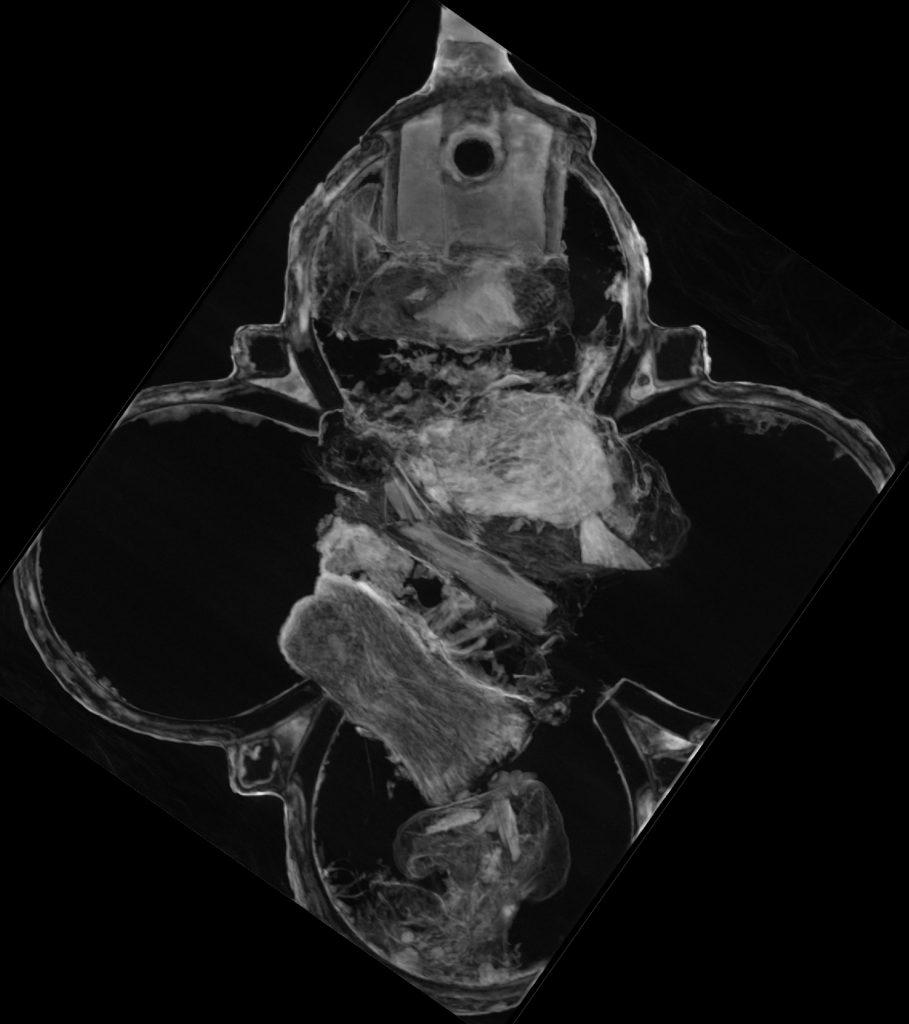 What’s clear for the researchers, though, is how neutron imaging technology might deepen the study of relics (and their contents) in a protective, non-invasive manner.

“The non-destructive investigation with neutrons was particularly useful, since we couldn’t simply open the pendant and look inside,” added Heinzel. “As an archaeological research institute of the Leibniz Association, we consider it our duty to preserve the object in its historical authenticity as completely as possible for future generations.”

‘Shamefully Cruel’: A Curator Speaks Out as Guantánamo Detainees Petition to Keep the U.S. Government From Taking Their Art

‘Art will go back underground’: artist Emilia Kabakov on the war in Ukraine and the fate of the Russian art world