Home News Here Are 3 Art-Filled Restaurants in London That Offer a Feast for... 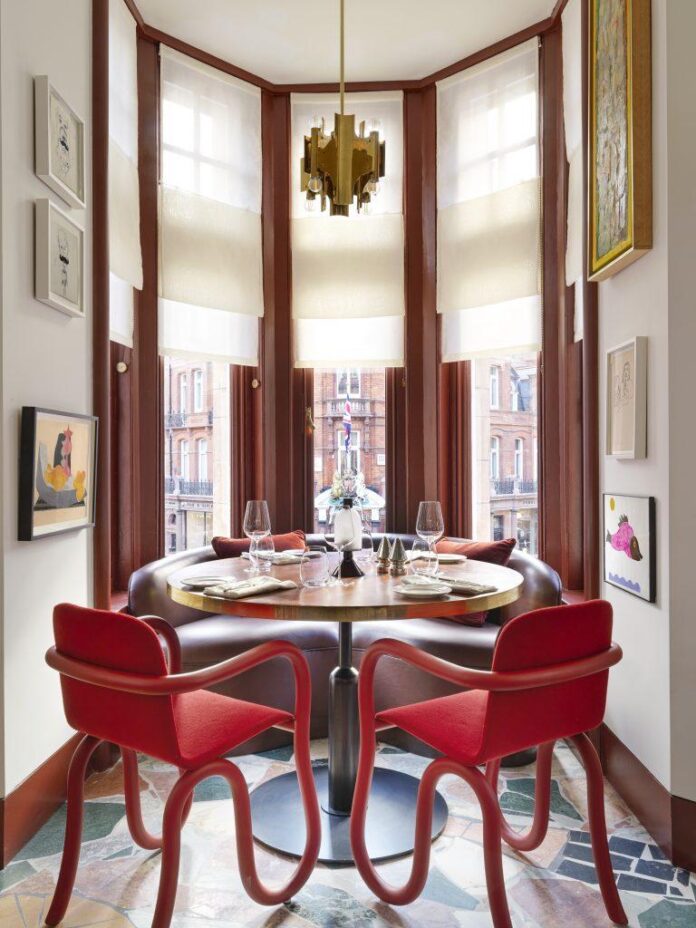 Lately, the art world and the food world have been converging in London. Frieze co-founders Amanda Sharp and Matthew Slotover opened a restaurant-bar-bakery-grocery at 180 The Strand; Sketch invited artist Yinka Shonibare to reimagine its iconic Gallery restaurant; and gallerists Iwan and Manuela Wirth have turned a Victorian building in Mayfair into a culinary and contemporary art destination—just in time for Frieze Week.

If you are looking for high-end cuisine with a side of fine art, here is everything you need to know about the leading spots. 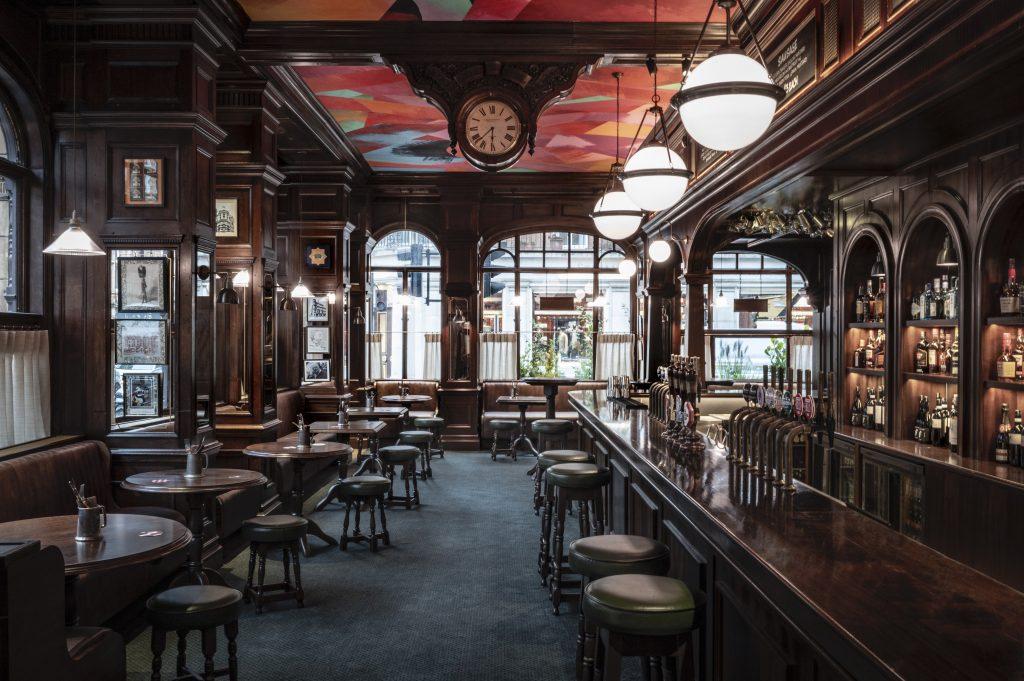 Between Hauser & Wirth Somerset’s Roth Bar & Grill and the art-filled Fife Arms hotel in Braemar, Scotland, Artfarm—Iwan and Manuela Wirth’s hospitality venture—has been bringing the art world to the British countryside. Now, the brand has arrived in London. With Paris-based architect Luis Laplace, the Wirths have turned a Victorian building in Mayfair into a culinary and contemporary art destination. September saw the opening of the Audley Public House, a restored version of the original pub on the ground level that serves draft beers, ciders, Scotch eggs, and sausage rolls under a collaged-mosaic ceiling by British artist Phyllida Barlow. Artworks by Martin Creed (, 2007) and Rodney Graham (, 2005) complete the setting. 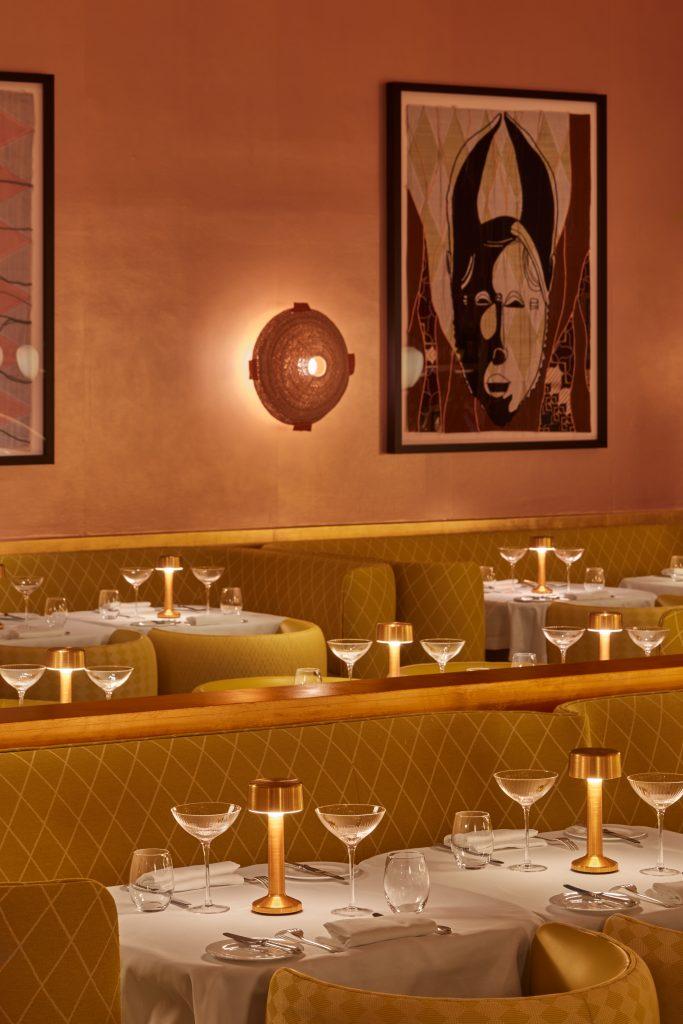 The Gallery at Sketch has become known both for its pink-hued interiors and its high-profile artist collaborations, not to mention its lunch, dinner, and afternoon tea menus from chefs Frédéric Don and Pierre Gagnaire. Over the past decade, founder Mourad Mazouz has invited the likes of Martin Creed and David Shrigley to reimagine the Mayfair restaurant as a work of art. This year—its 20th—Mazouz gave carte blanche to Yinka Shonibare CBE RA, whose colorful oeuvre grapples with colonialism and post-colonial identity while illuminating Africa’ influence on European art and culture. 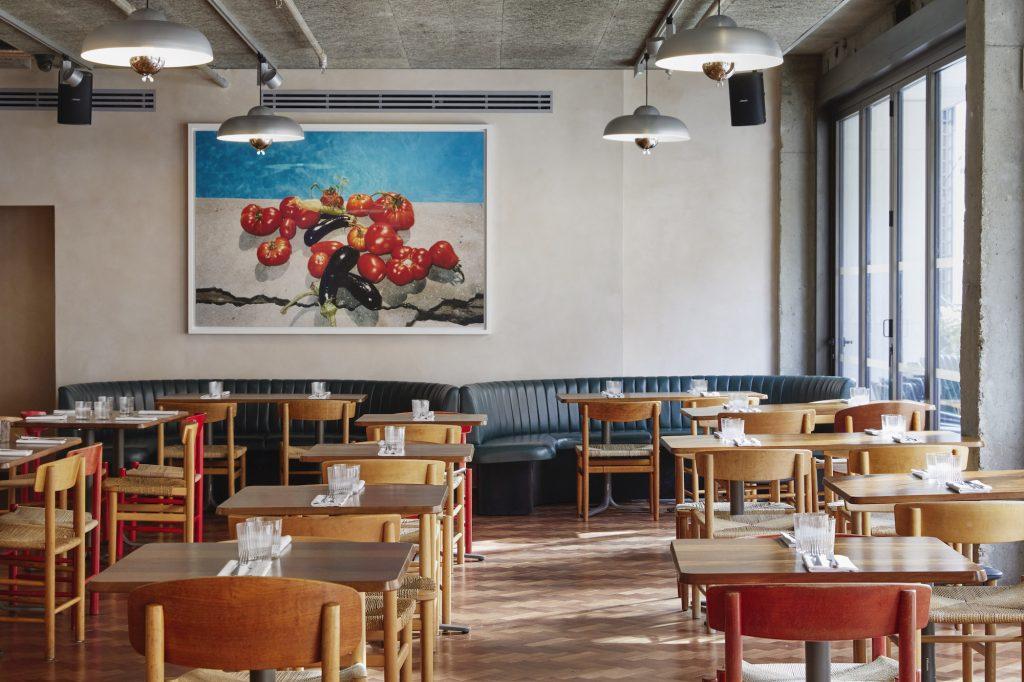 The Wirths aren’t the only art-worlders venturing into hospitality. Last fall, Frieze founders Amanda Sharp and Matthew Slotover opened Toklas, a restaurant, bar, bakery, and grocery at the Brutalist cultural destination that is 180 The Strand. (They have since also unveiled the art-filled Fort Road Hotel in Margate, a seaside resort town in Kent.) Toklas is named after the writer and a cookbook author Alice B. Toklas, who, with her partner Gertrude Stein, was the consummate dinner-party host.

With its tomatoes and eggplants glistening by a pool, Wolfgang Tillmans’s oversize (1993) presides over the dining room. There, chef Yohei Furuhashi (recently plucked from the River Café) serves simple, seasonal, daily changing dishes like risotto verde with nettle and almond-and-loquat tart with crème fraîche. The bar serves classic cocktails with a twist—the gimlet-like is a tribute to the spot’s namesake—while displaying Sharpe’s and Slotover’s collection of posters from major art exhibitions of the past half century.

French Authorities Say They Have Nabbed a Youth Cyber-Gang That Stole $2.5 in NFTs