Home News Here’s Your Go-To Guide to All the Fairs Taking Place During Miami... 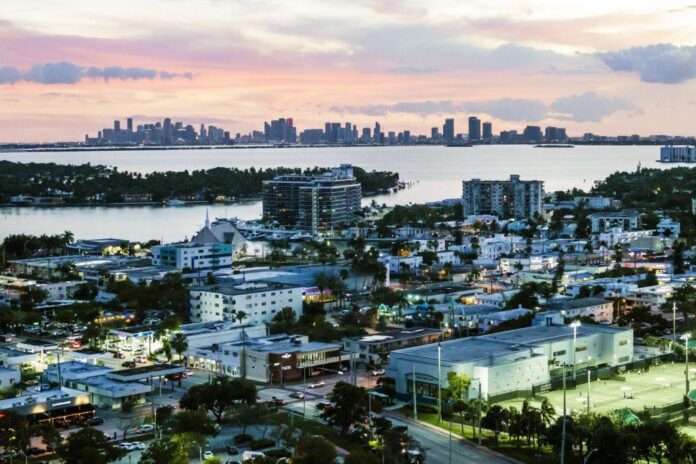 The first flakes of snow have fallen, holiday meal prep is underway, and resolutions for the new year are looming. It must be time again for art week in Miami.

Centered around the marquee event, Art Basel Miami Beach, the international art world will flock to the seven-mile-stretch along the water once again what promises to be another action-packed week.

Here’s our guide to all of the art fairs taking place in the city. 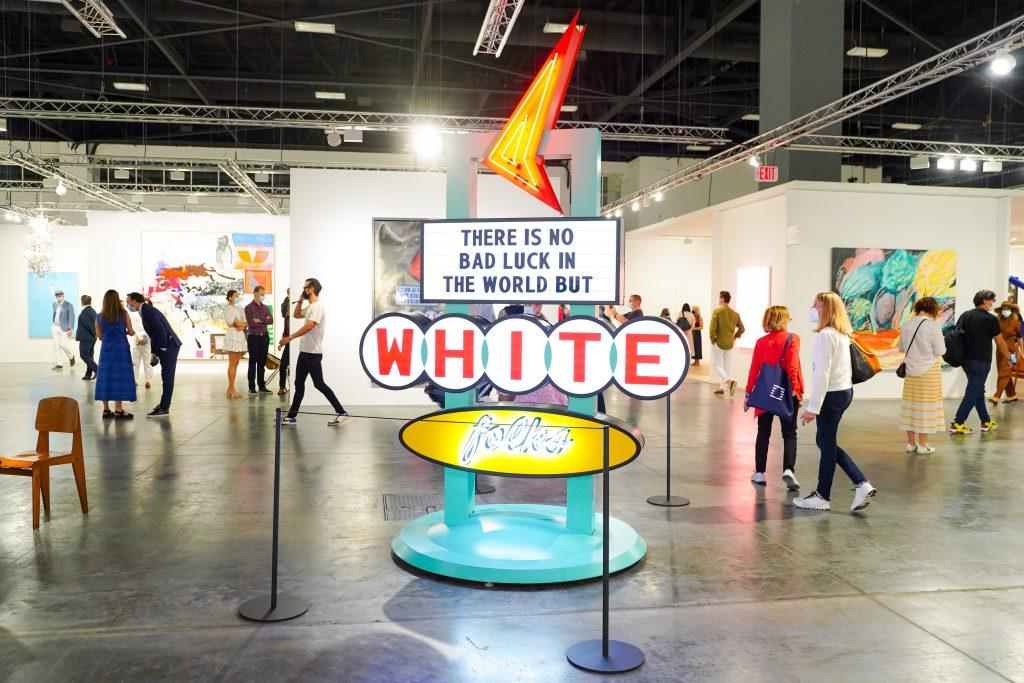 What: This year marks the 20th anniversary of Miami’s marquee fair, where international art dealers, collectors, artists, and visitors descend on ‘Magic City.’ At the fair, more than 280 exhibitors from 38 countries will be on view in sectors including Galleries, Nova, Survey, and Positions, while 20 large-scale installations will take over Meridians, plus 29 bespoke curated booths on view in Kabinett. 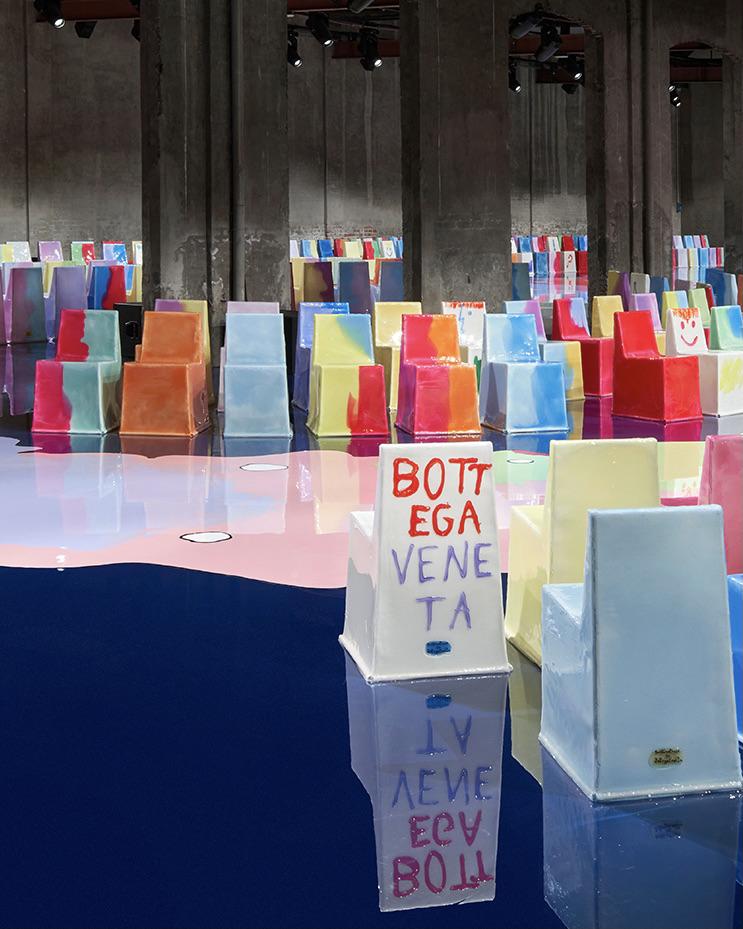 What: Now in its 18th edition, Design Miami will this year present a program based around the theme of the “Golden Age: Looking to the Future,” curated by Maria Cristina Didero. 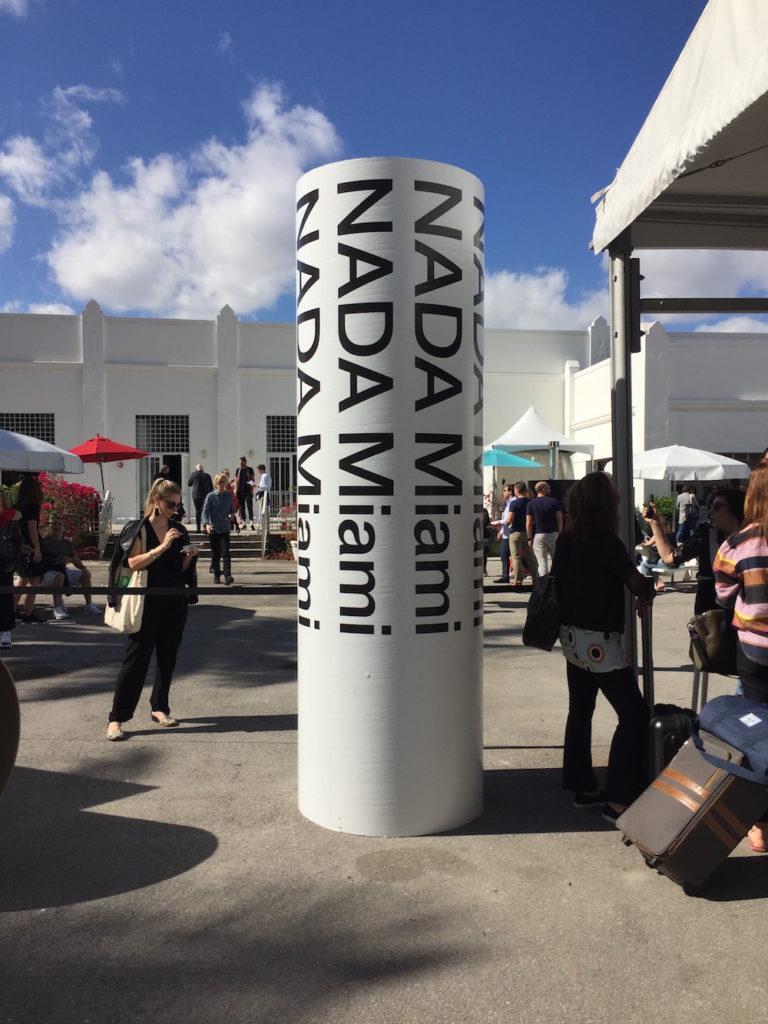 What: This is a big year as NADA celebrates both its 20th edition in Miami, and the 20th anniversary of the founding of the New Art Dealers Association itself. The fair has come a long way: In 2003, only 35 exhibitors participated, while this year will see 146 galleries hailing from more than 40 international cities. For the third year, NADA is hosting the Curated Spotlight section, organized for this edition by Joeonna Bellorado-Samuels, founder of We Buy Gold and a director at Jack Shainman. 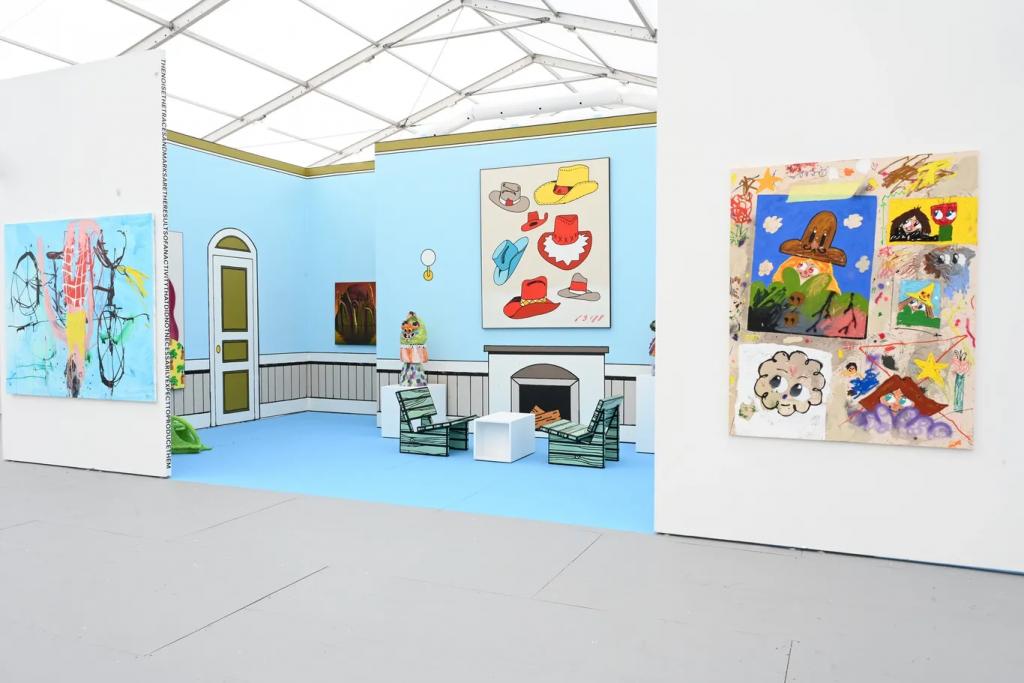 A booth at Untitled Art Fair in Miami Beach.

What: Untitled returns with its largest edition yet, featuring more than 140 galleries from around the world.

Where: Ocean Drive and 12th Street 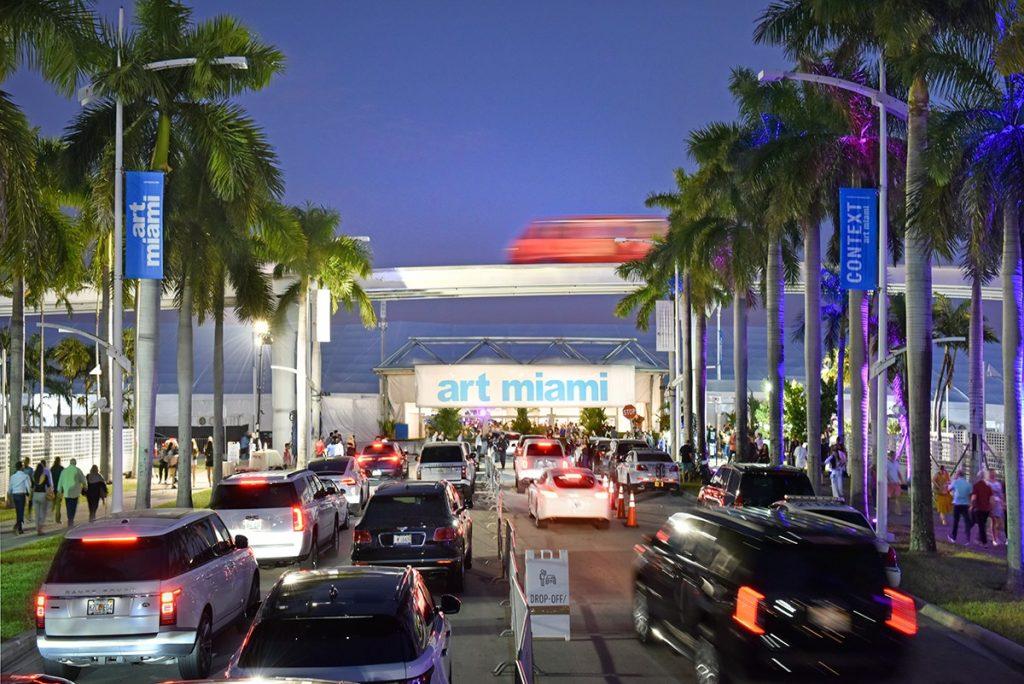 Art Miami and CONTEXT return in 2021.

What: The longest-running fairs on the scene, Art Miami and Context, share a home overlooking Biscayne Bay, where galleries come together with emerging artists and established voices. This year, Hollis Taggart is presenting the work of Sheila Isham, and the estates of Norman Carton and Albert Kotin, which just joined the gallery’s roster.

Where: One Herald Plaza at N.E. 14th Street 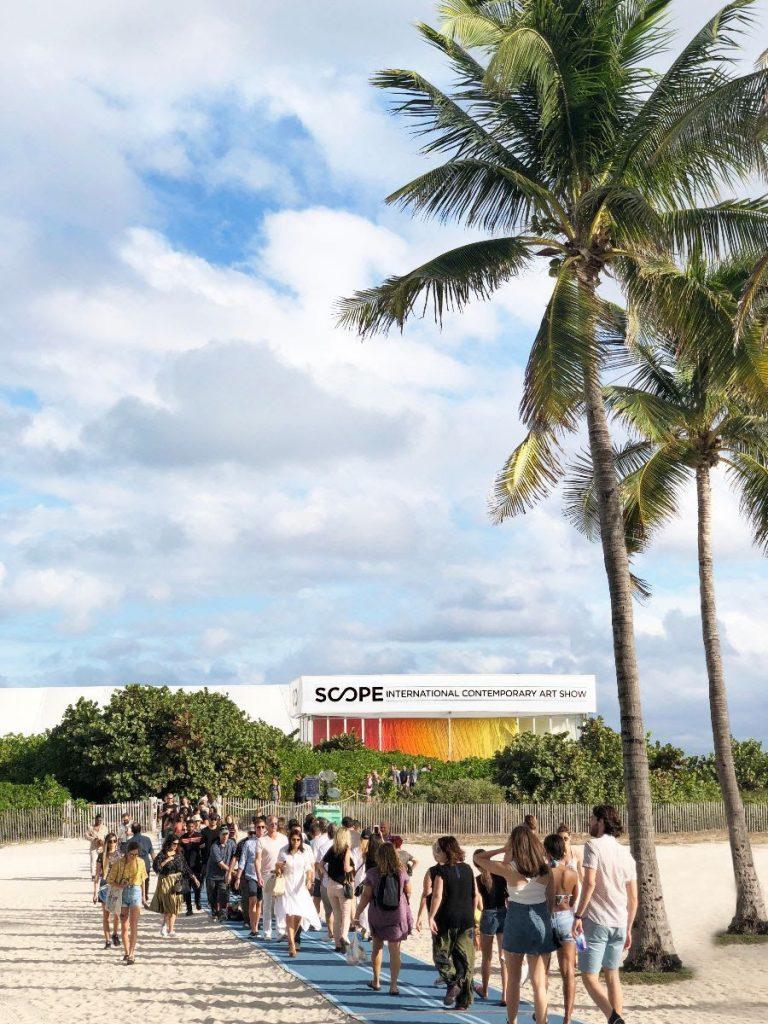 What: Located smack-dab on the beach, Scope returns for its 21st edition with a range of contemporary artists from a diverse array of galleries. A highlight is the fair’s presentation the New Contemporary, where panel discussions, healing sessions, and performances are slated to take place throughout the fair. 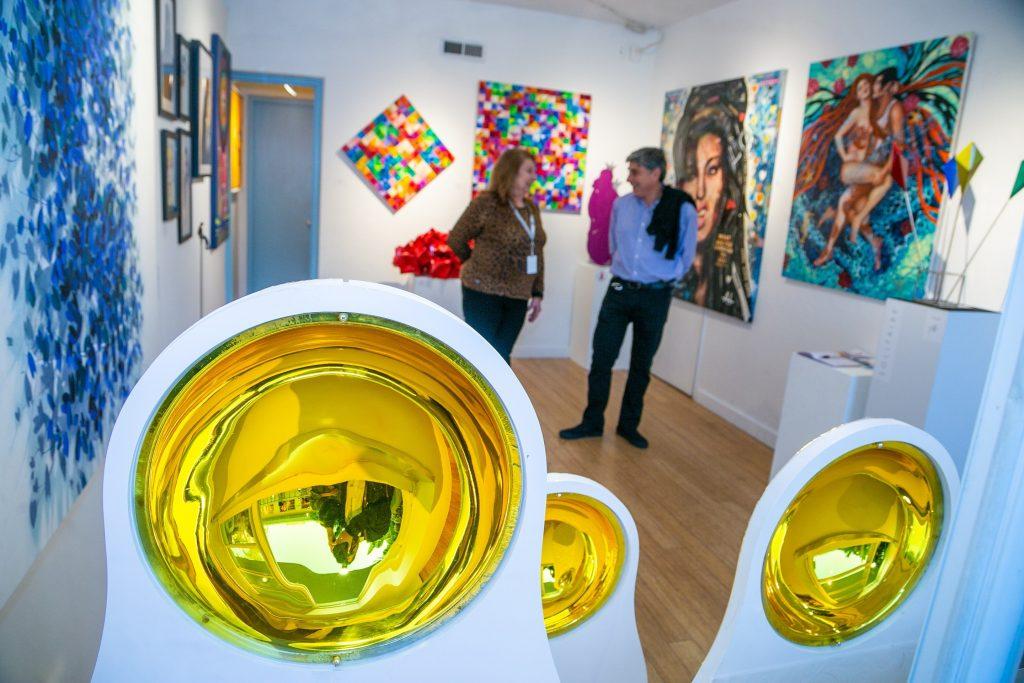 The Aqua Art Miami fair held at the Aqua Hotel in Miami Beach.

What: The vibe at Aqua is significantly more laid back than at some of the other fairs, with a smaller roster of only 41 exhibitors. This year the fair is partnering with the nonprofit Black & White Project Space run by Ukrainian national Tatyana Okshteyn.

Where: The Aqua Hotel, 1530 Collins Avenue 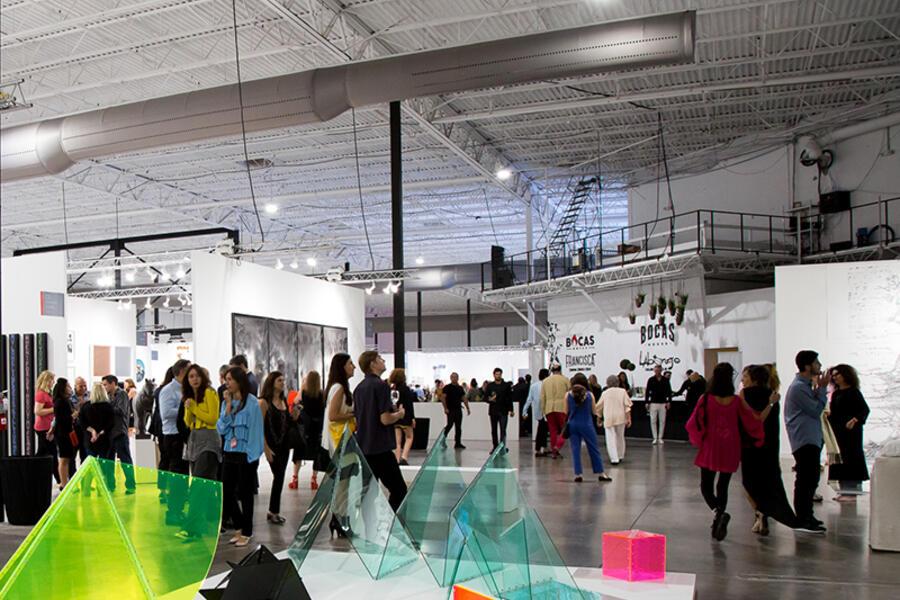 The view at Pinta in Miami.

What: Pinta is inaugurating its new space at The Hangar in Coconut Grove, the former headquarters of Pan American Airlines. The open floorplan lends itself perfectly as an exhibition space, where galleries ranging from Sao Paulo’s Janaina Torres Galeria to Quebec’s Plataforma ArtBase will be on view.

Where: The Hangar in Coconut Grove, 3385 Pan American Drive 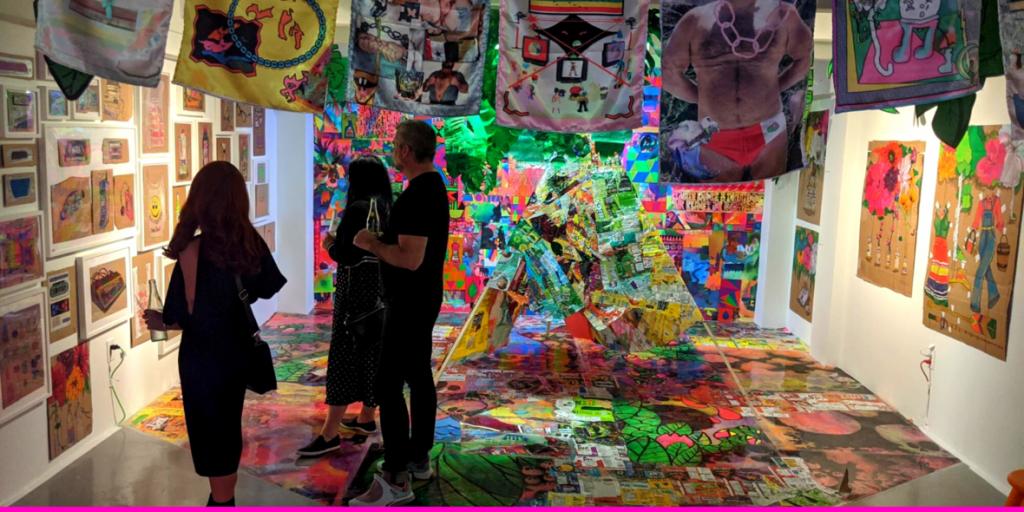 What: One of the youngest fairs in Miami, Satellite is returning for its seventh edition with an exciting lineup of immersive installations staged inside shipping containers on the beach. Outdoor sculptures, performances, activist presentations, and musicians will come together for an event that “prioritizes artistic rebellion” with programming you won’t find anywhere else. 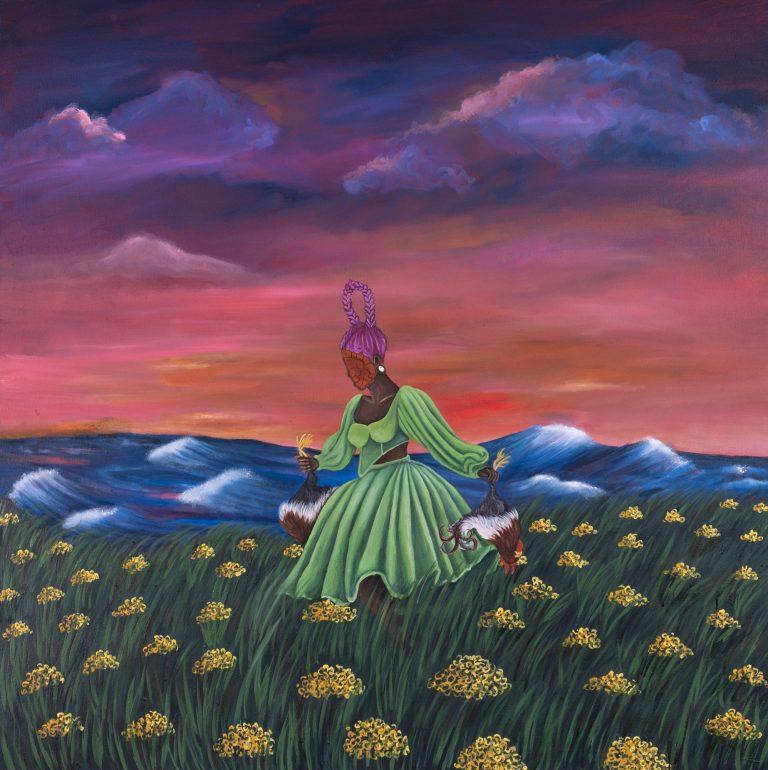 Selloane Moeti, THE HARVEST (2022). Courtesy of the artist and Prizm.

What: Celebrating its 10th anniversary, Prizm once again brings an international roster of artists from Africa and the global African diaspora to Miami. To honor the milestone year, the fair is presenting Vernacular À la Mode, a showcase that “explores how vernacular modes of art making originating in global African contexts have influenced the cultivation of fine art practice worldwide.” 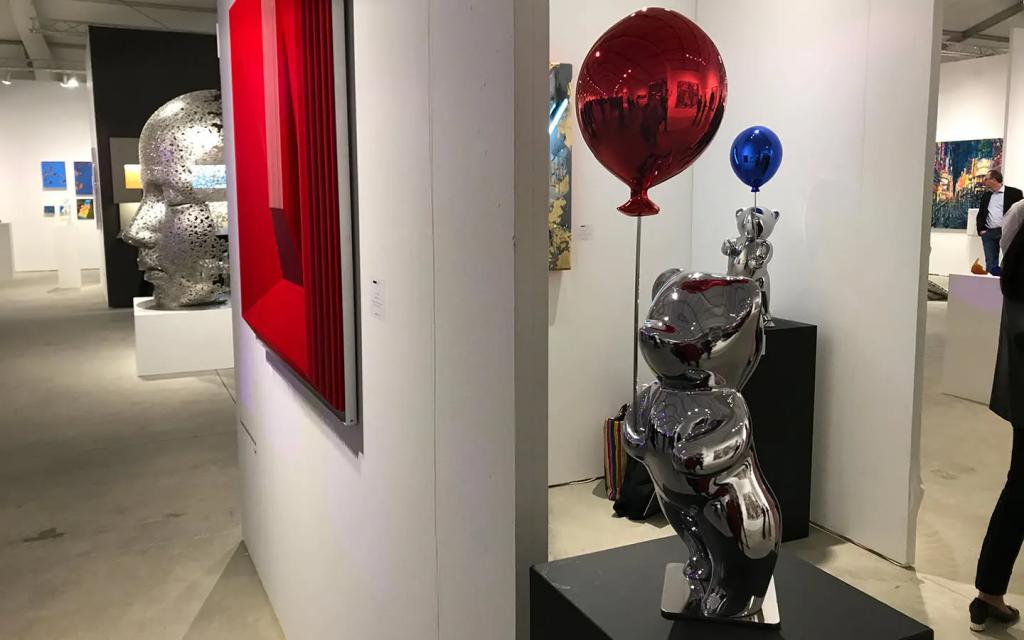 What: Spectrum and Red Dot return to Miami with art spread across more than 100,000 square feet in the tony Wynwood neighborhood.

The Public Can Now Access the Statue of Liberty’s Crown, After Two and a Half Years (and 14 Flights of Stairs)