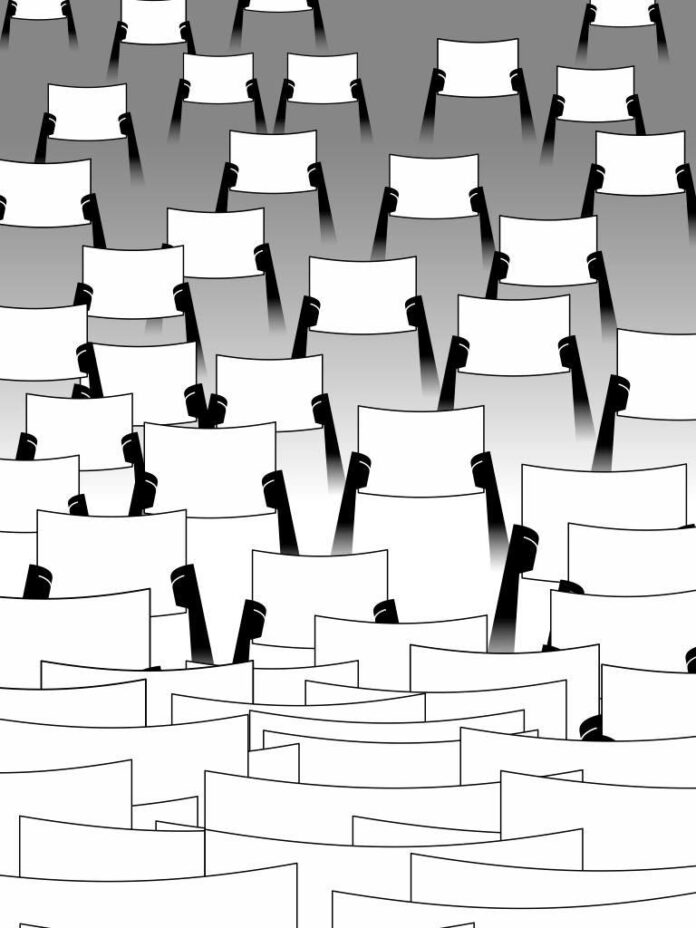 Students at art colleges across China are taking a strong stance in the midst of the largest wave of protests to have gripped the country since 1989. As demonstrations against the government’s strict Covid-19 policies erupted across the country over the weekend, students rallied on campuses to create protest art and graffiti.

Protest art and illustrations, showing outrage at China’s zero-Covid policy and calling for freedom and political change, have also been circulating among international Chinese-speaking communities on social media platforms and via digital communication channels. And events supporting these protests were staged in various cities—in a page taken from the playbook of the protests in Hong Kong in 2019. 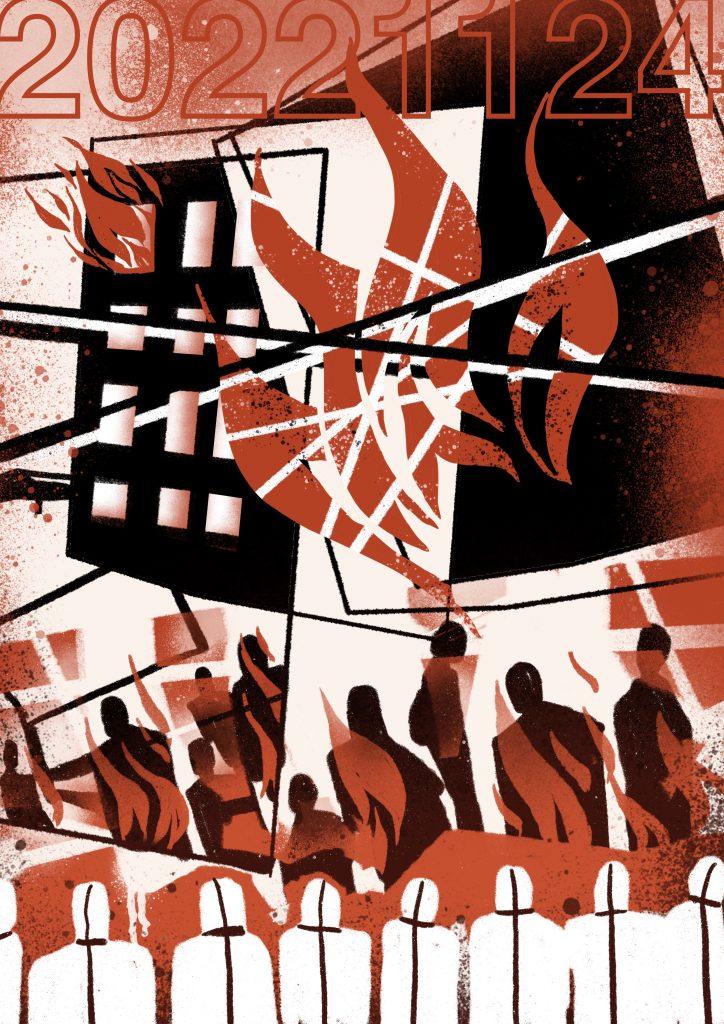 The countrywide protests were sparked following the death of 10 people, including a three-year-old child, in a fire that broke out in a residential block in Urumqi, Xinjiang, on November 24. Accounts of Covid control measures delaying residents’ ability to leave the building and of fire engines arriving began to emerge on the internet.

These reports were rejected by the state media but it did not stop people in Urumqi from taking to the streets on November 25 to mourn the dead and protest against the lockdowns that have been imposed on the city since August.

Public outcry spread like wildfire across China: On November 26 and 27, tens of thousands of students and citizens took to the streets in  Beijing, Shanghai, Chongqing, Chengdu, Guangzhou, and Xi’an, among others. Many were arrested and taken away, including a BBC journalist in Shanghai who was attacked by authorities while being detained but was released hours later on Sunday local time. 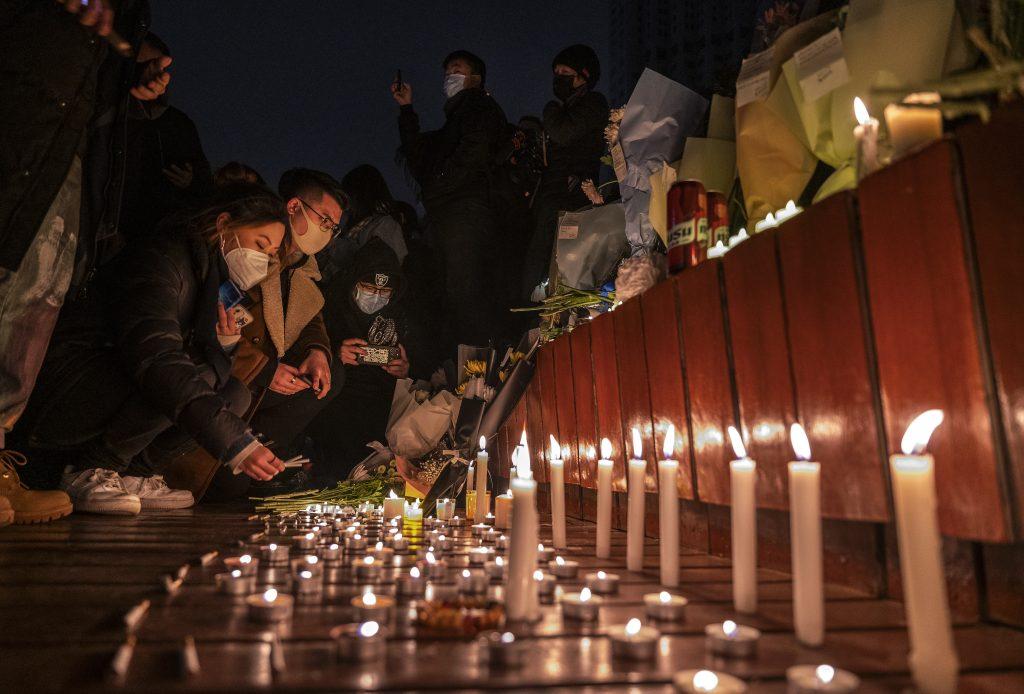 Protesters light candles and leave cigarettes at a memorial during a protest against China’s strict zero COVID measures on November 27, 2022 in Beijing. Demonstrators took to the streets after a deadly apartment fire in Xinjiang province sparked a national outcry as many blamed Covid restrictions for the deaths. (Photo by Kevin Frayer/Getty Images)

The crowd initially mourned the victims of the Urumqi fire, but the candle vigils quickly escalated to protests against Covid rules and the Chinese Communist Party. Many held pieces of blank paper as a sign of defiance—a gesture similar to what happened during Hong Kong protests in 2020 after the implementation of a national security law banning banners with slogans that criticize the government.

The crowds chanted anti-government slogans such as “We want freedom,” “Down with Xi Jinping,” and “Down with CCP.” The protests, the largest seen in China since the 1989 pro-democracy movement that led to the Tiananmen massacre on June 4 that year, have been quickly dubbed as “A4Revolution” by online communities or netizens.

Artists based outside of China have actively helped to spread the footage and photos that otherwise wouldn’t be able to be circulated in the country because of the government’s censorship of what is posted on the internet. One Twitter account @whyyoutouzhele, which has been collecting footage and updates from across the country, revealed to Artnet News that it is operated by an anonymous Chinese painter based outside of China. But the painter said that their account has been targeted by the Chinese authorities. Australia-based artist-activist Badiucao has also been posting updates collected from the country as well as his own protest art to support the movement.

The Chinese government’s ongoing stringent zero-Covid policy has been affecting not only people’s daily lives but also the art world in China. Many museums and galleries had to close their doors in March when Shanghai and Shenzhen were under strict lockdowns. This month, the Shanghai art fairs ART021 and West Bund had to close abruptly earlier than scheduled because of Covid.

Reports of the nationwide protests could hardly be found in mainland Chinese media, however. State outlet Xinhua News Agency stated on early Monday morning, November 28, that the government was determined to uphold its zero-Covid policy, without mentioning the protests. While authorities in Beijing and Guangzhou said restrictions will be eased.

As of Monday evening local time, a number of underground stations in cities such as Beijing, Shanghai, and Hangzhou, have been closed. Police officers have been deployed to inspect people’s identities, according to posts and tweets circulating on social media. 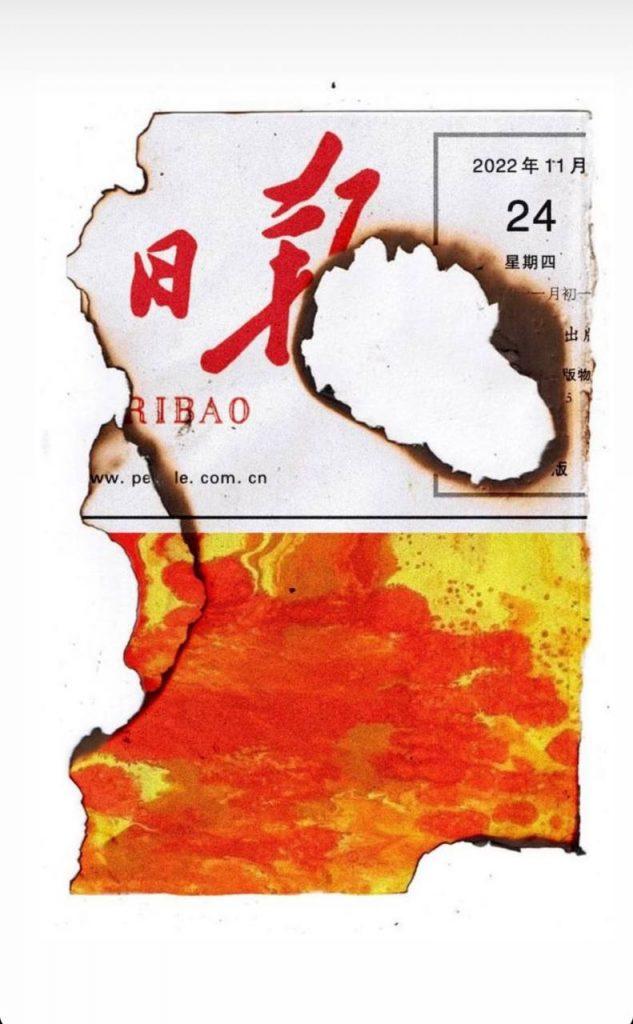 Protest art against China’s stringent anti-Covid policies. The recent demonstrations were sparked by a fire that killed 10 people, on November 24, 2022, in Urumqi amid strict lockdown rules in the region.

I Put Lensa A.I. to Work on My Self-Portrait. The Results Were Stunning, Strange… and Creepy