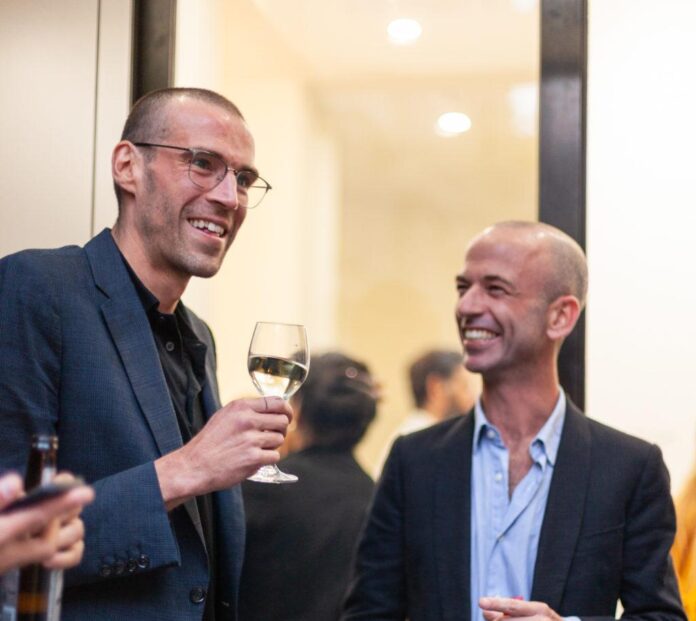 IT TAKES A VILLAGE TO RAISE A GALLERY

Just a few weeks into the year 2023, and I’m already sensing a bit of a trend. Last week, I reported on Jens Hoffmann and his fake gallery co-owners, Gustaf Maler and Esther Wallenberg, who are made-up people. This week, I’ve learned of another unconventional gallery partnership between two very real people: Clearing gallery’s Olivier Babin and Harold Ancart.

“He was never formally a partner, no,” Babin clarified to me over the phone. For a while now, I’ve been hearing rumors that Ancart—who has been repped by the gallery since 2011 and has enjoyed a truly meteoric rise in the past decade, leaving David Zwirner (scandalously!) for Gagosian last year—is a “silent partner” at the gallery, and a few told me that he may have left.

According to Babin, this is all categorically untrue. Babin clarified that Ancart is his “spiritual partner” (which sounds remarkably similar to how Hoffmann described his imaginary partners: “spiritual co-pilots”), and that nothing has changed within that dynamic. “We started the gallery together; we’re best friends!” he explained further, adding that Ancart doesn’t have any say in behind-the-scenes decision-making within the gallery, at least formally.

There is precedence for artists having a driving force in their gallery’s direction, for what it’s worth. Cy Twombly was a noted mentor to Larry Gagosian, who certainly had an artist inform his business decisions when he famously opened his 24th Street location for the sole purpose of having space for some sizable sculptures by Richard Serra. Back when Gavin Brown had his space uptown, he often referred to Rirkrit Tiravanija as a collaborator on his vision for the gallery.

For Babin specifically though, this collaborative relationship with his artists is integral to the gallery’s identity. While Ancart may be a more involved collaborator than others, Babin said, “All of my artists are partners with the gallery.” 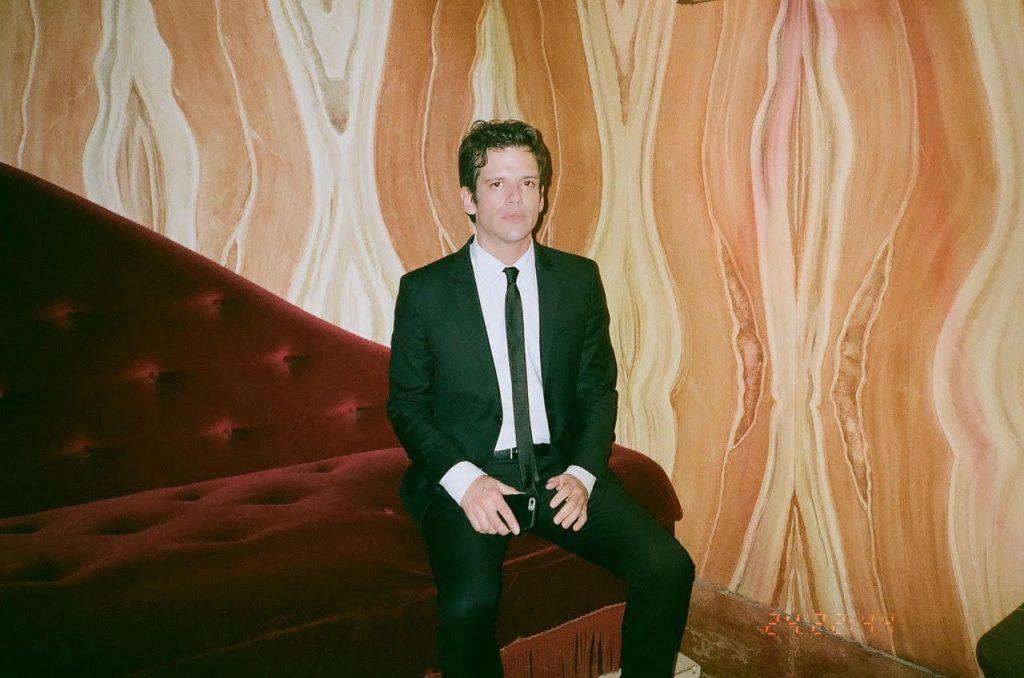 If you ask me, some of you suits in the art industry could benefit from a little magical thinking in your lives. Luckily, I’ve been hearing at parties recently that there is precisely one man for this job, a man who was referred to me as “The Art Warlock” before he was referred to by his real name, Micki Pellerano.

“I have a really broad-ranging clientele,” the professional astrologer and visual artist told me over the phone (hear the full conversation on The Art Angle!). “Because I’ve had a presence in the art world for a really long time, those are kind of my people. My practice really did grow from being in the art world and working with all kinds of people in the art world, not just artists.”

Among some of those clients are artist Jenny Hval and Alissa Bennett, a director with Gladstone Gallery, among others. “He has changed my life,” Bennett wrote on her Instagram. “[He has] guided me, and told me things that helped me to understand things about myself that never seemed to make sense before. Sometimes I cry to him, sometimes I brag to him, but no one ever gives me better advice.”

Pellerano himself has a prominent space in the art world, having collaborated with Raúl de Nieves, showing work at the 2019 Venice Biennale, and housing some of his pieces at institutions like MoMA, the Serpentine Gallery, and Brooklyn Museum. Right now, he’s been working on some new talisman sculptures (inspired by Max Ernst!), but in a classic catch-22, he figures that there’s no safe way to exhibit them as their energy may be .

Unfortunately, Pellerano asserted that he does  do readings while he’s out on the town, where you’re likely to spot him at art world parties, and he takes bookings through word of mouth, mostly. A quick tip that I picked up from our conversation ought to serve as a fun exercise for the astrology-curious, however: According to Pellerano, the sign that is in your “fifth house” (which you can Google) is what he refers to as your “art studio,” and the sign that’s in your “11th house” is your “art gallery.” So, make of that what you will.

It makes sense that Pellerano would have staying power among art world luminaries who are looking for some spiritual guidance, as the creative self plays an integral role to his readings. “There’s a strange stripping down of personality when an astrology reading is in process. The fact that someone would be an artist or not an artist starts to dissolve a little bit as you get down to the core elements of the person,” he said, adding, “Artists are especially fun to work with.”

Eva Presenhuber isn’t leaving its spot on Great Jones anytime soon, according to gallery employees, though their frantic conversational rumblings in German in front of me when I asked lead me to believe otherwise… Hollis Taggart Contemporary has picked up representation of two new artists, Rachel MacFarlane and Edward Holland… And speaking of the gallery, it’s set to close its space in Southport, Connecticut, opting to center all of its programming in Chelsea… Meanwhile, out in Montauk, The Ranch is seeking a new executive assistant to its founder, Max Levai… Another job opening for those seeking to live deliberately: Dan Colen’s Sky High Farms has a fellowship position to work on “both the vegetable and livestock teams”… This “Crypto House” in Los Angeles with Bored Ape wallpaper and a bright magenta fireplace is inexplicably not selling for its $1.2 million price tag, can’t imagine why… Anne Pasternak‘s scenester daughter Paris Starn deleted comments on her Instagram page calling her out for racist remarks regarding the sanitation standards of a Cambodian food market… Katia Rosenthal has left her position at Bill Brady Gallery in Miami after six years to pursue her own space, KDR305… Mykki Blanco, as revealed in a since-deleted post on Instagram, apparently threw a sandwich at Klaus Biesenbach at Art Basel Miami Beach in 2014… 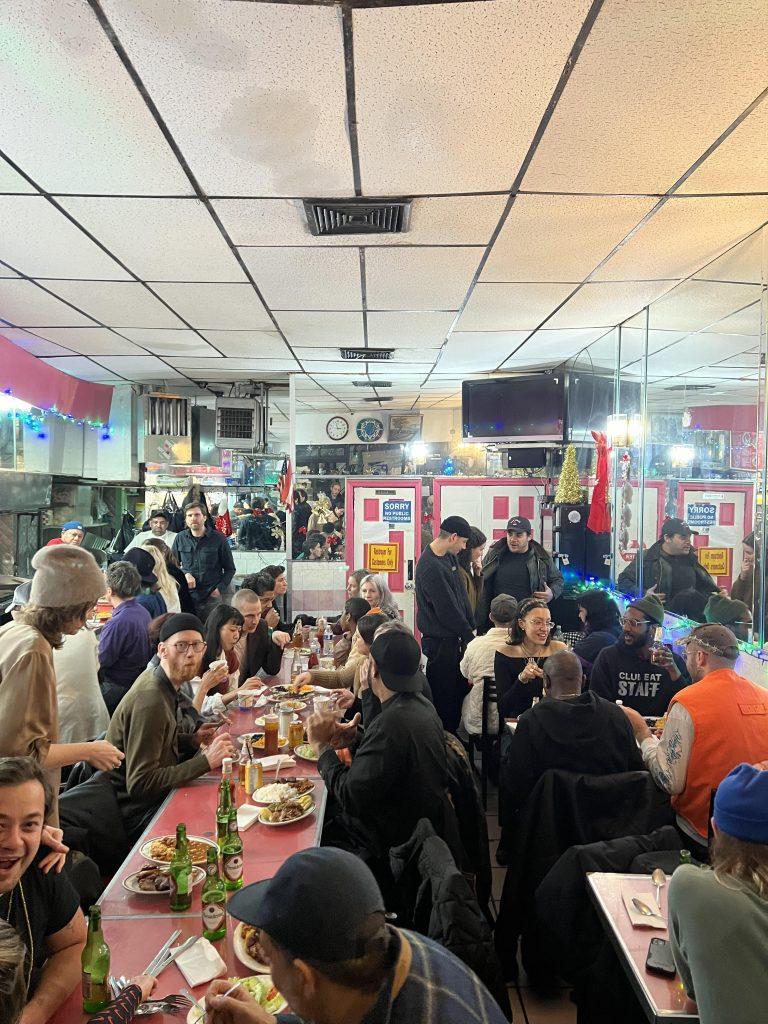 The scene at Westside Coffee Shop.

Last week, I asked who in the art world is the most addicted to TikTok, and it seems that many of you are down with the same sickness I have. Omer Tiroche wrote in that he “Usually [averages] 3-4 hours per day but recently less,” and sent along this handy graphic, pictured above, documenting his recent self-control. Good for you, Omer! As well, apparently Alexis Hyde and Carolina Miranda are quite the TikTok connoisseurs.

For my next question: Email your response to [email protected]

Silver Shells, Silver Shells… Rimowa Rolls Out Creative Cases for the Holidays, From a Robot to an Oenophile’s Dream