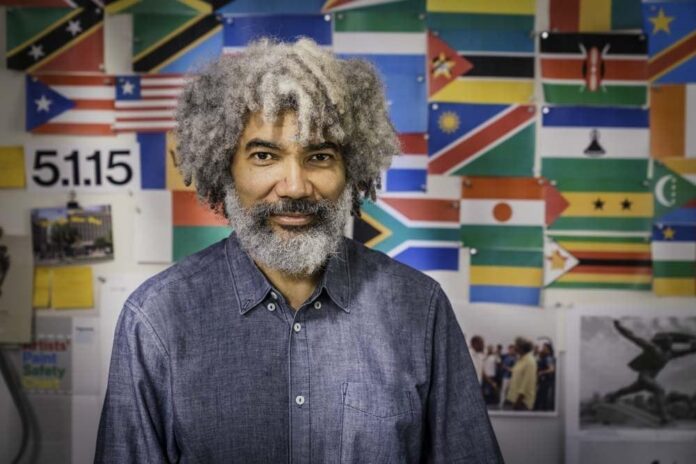 Take a stroll through downtown Brooklyn this summer and you’ll encounter an ornate roadblock dead in the middle of Columbus Park plaza. A complex and rather beautiful wrought-iron cage stands in the midst of the walkway, fencing in three elaborate boxes containing busts of Native American, Latinx, and African figures.

The installation is the work of artist Fred Wilson—his first large-scale public sculpture ever—and is titled The work’s name references poet William Blake‘s notion of “mind-forg’d manacles”: the self-imposed constraints that limit one’s growth and creativity. It also alludes to the scourge of incarceration that disproportionately affects Black, Native American, and Latinx people.

The work stands between statues of Henry Ward Beecher, a renowned abolitionist, and Christopher Columbus—probing questions of what freedom really means in the context of history and American life in 2022. 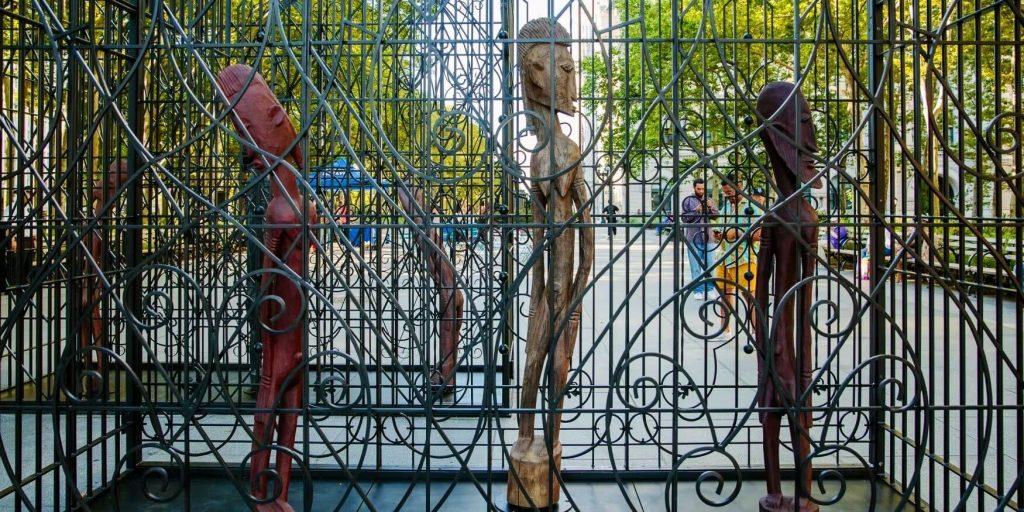 Wilson has long focused his artistic practice on bringing ready-made works together, creating conversations by juxtaposing disparate objects and art, often mining the archives of museums to create new presentations that question the traditional historical narrative. In an exclusive interview with Art21 filmed back in 2005, Wilson explained how his multi-racial family background influences his perspective.

Growing up, he said in the video, he was the only Black kid in his entire school. “My connection to the Black community was tangential for those formative years,” he said. “A lot of my project is trying to understand the visual world around me, which really affects me.” For the artist, whose family includes relatives from the West Indies, Belgium, India, and China, “it’s difficult for me to not look at people in the world and see everyone as a relative”

The Magical Sculptures of the Sorcerer