Home News Immersive Anne Imhof exhibition—planned for Moscow and cancelled due to war in... 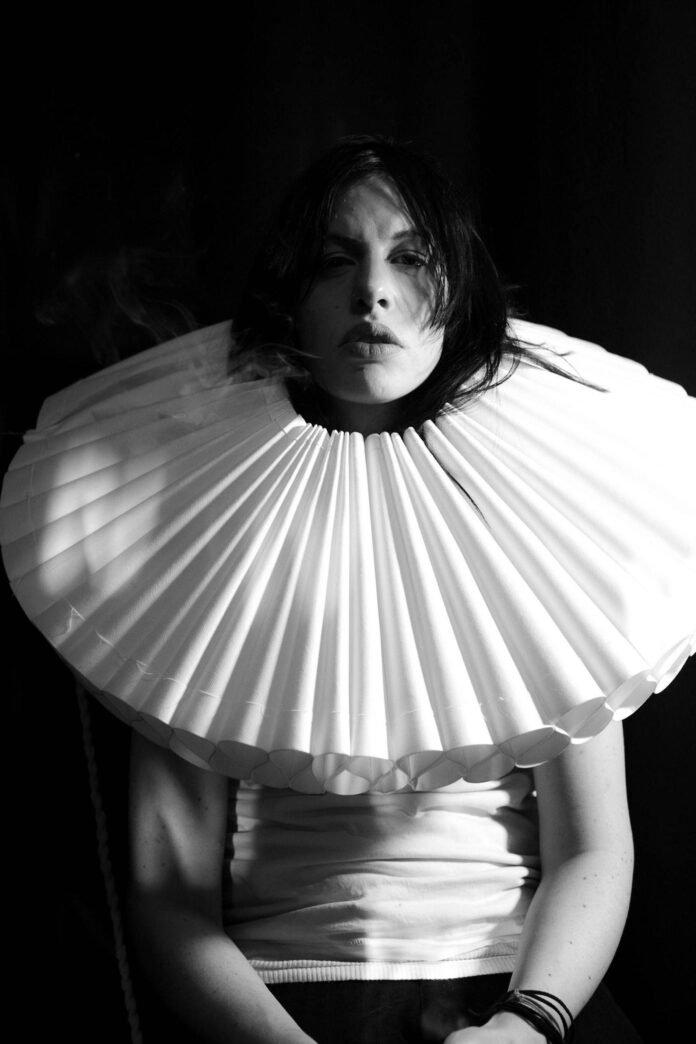 In early March this year the German artist Anne Imhof finally accepted that her solo exhibition at the Garage Museum of Contemporary Art in Moscow, planned to open that month, would not take place. It had been around a week since Russia launched its invasion of Ukraine. “I was hopeful the situation would resolve. I still had faith in the power of diplomacy. Now I’m not so sure,” Imhof says. She was speaking at a press conference for the opening of her exhibition Youth (until 29 January) at the Stedelijk Museum in Amsterdam, which was originally intended to be the show’s second and final stop.

Youth—Imhof’s first institutional exhibition in almost a decade to involve no element of live performance—is something of a step away from the ambitious choreographed pieces that propelled her to art world fame in 2017, when she received the Golden Lion at the 57th Venice Biennale for her puzzling and austere work Faust at the German Pavilion.

Performances—typically involving a troupe of lean, unsmiling androgynes in designer sportswear—have been central to the various museum shows she has staged since, including critically acclaimed gesamtkunstwerks at Tate Modern in London, the Art Institute of Chicago and the Palais de Tokyo in Paris.

Now Imhof offers viewers what she terms an “immersive environment” of sound and video installations in which she broaches ideas often explored in her work, such as exclusion, freedom, underground cultures and a desire to skew the boundaries of fine art. Nonetheless, Imhof does not conceive of this lack of live action as a rupture within her practice: she has long maintained that she thinks about and choreographs her performances as a “series of images”. This show, she adds, is also inevitably marked by her “mourning” for the situation in Ukraine, a process that has involved a “disenchantment” and “a loss of belief” in certain aspects of humanity.

The exhibition is divided into two large rooms, each of which is filled with structures that obstruct the viewer’s movement through the space. The first, bathed in harsh red light, sees objects such as water tanks, stacks of tyres and empty plastic crates block out much of the central space. These are arranged to form a dense, warren-like structure that resembles a junk yard, into which viewers can peer as they skirt around its circumference. Placed at various sections are installations that function as tableaus, though crucially devoid of people, which suggest the remnants of wild parties and illicit activities: a mattress marked with spray paint and littered with beer cans; a motorcycle parked next to a laundry bag filled with empty gasoline cartons. Each scene signals the assiduously cool aesthetic that Imhof has made her trademark.

Above, speakers are programmed to move along a zip wire that travels across the space, emitting a grungy and dramatic soundtrack of electronic music composed by Imhof’s regular artistic partner, Eliza Douglas, as well as the musicians Arca and Ufo361. Designed to unsettle, the tracks occasionally merge together in what Imhof describes as a “conglomeration of sound”.

Preparations for the aborted Moscow show have informed not just the atmosphere, but the very design of the Stedelijk exhibition. “We have had to reconfigure the Amsterdam show, it couldn’t stay the same,” the curator Beatrix Ruf tells The Art Newspaper. Ruf was also in Moscow in March organising the Garage Museum leg of the exhibition. Primarily, the Stedelijk exhibition got “much denser”, as the curators had to place numerous more works in it. These include large graffitied pieces of glass from Turin, which were acquired by Imhof as they chimed with the Garage Museum’s Hexagon—a six-sided glass building that has been tagged by famous Russian graffiti artists over the years, Ruf says.

Both films on display were shot in Moscow, although neither makes obvious reference to the impending conflict. One shows a herd of horses galloping through a Soviet-era social housing block in Moscow; another features Douglas walking topless through the snowy courtyard of a dilapidated Neo-Classical building near the Garage Museum.

Imhof’s turn away from live elements is accompanied by an increased focus on a digital practice. Since her performances have gained in popularity, the artist has also been considering how audience participation and social media informs the life of the work, often in real time. “My performance involves lots of people coming together to feel a moment, and not being able to keep hold of that moment. I’ve long been thinking about how to grasp a moment that feels artificial,” she says.

Imhof has responded to this question by creating what she terms “avatars”: digitally animated 3D versions of Douglas that appear on screens throughout the show; most are embedded within installations; in one instance, an avatar appears like an apparition at the end of narrow locker-lined corridor. Imhof’s use of avatars also allows her to consider fundamental questions about the nature of humanity, and our treatment of those considered non-human. These anxieties she says already existed prior to the Ukraine war, but have only deepened since.

Instances of Imhof’s material practice are also present in the exhibition, which includes a number recent paintings and scratched glass works deriving from series that were shown in two commercial shows she has staged this year: one at Galerie Buchholz in New York that closed in May, the other which just opened at Sprüth Magers in London (until 23 December). Both shows featured rows of lockers that created a maze. “These shows are all connected,” Imhof says. “You exit one locker room and you enter another.” The support of both galleries is signposted through labels affixed to the walls. A number of the works in the show have been acquired by the recently established Hartwig Foundation, which purchases work for the Netherlands state and for which Ruf also serves as director.

Speaking of the show’s title Youth, Imhof says that she chose the name partially as a knowing wink to the elements of youth culture that is so often associated with her work. But above all, it is about how youth—a period “where things are not yet where they become”—is linked to fluidity and uncertainty. Faced with a geopolitical situation that, like many, she previously thought unfeasible, Imhof is now reconsidering many things she once held firm. And it is this lack of surety that she feels best represents her current emotional state and that of those around her. “When you’re young, everything feels like it’s all or nothing,” she says. Indeed, at this moment in time, the stakes have never felt higher.