Home News Virtual Exhibition Tours Have Big Benefits for Seniors’ Health, According to a... 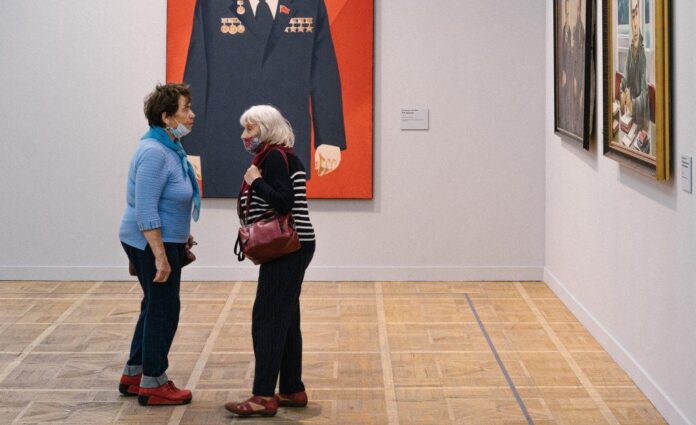 Museums are increasingly attempting to reach audiences in novel ways using virtual participatory art education. But this is not a practice only relevant to drawing in generation Z audience. Now, the results of a study about how virtual museum visits can contribute positively to seniors’ health.

The study, which was released mid-August, was developed by researchers at McGill University in Montreal, Canada. It found that seniors who visited museums virtually showed significant improvements to their mental, physical, and social health.

Published in the medical journal , the study tracked two groups of community-dwelling seniors over a period of three months—one group engaged with interactive art activities at the Museum of Fine Arts in Montreal and one didn’t.

They found that, in the case of the first group, the health benefits were palpable. Weekly 45-minute virtual tours that included a 15 minute period for questions and answers at the end showed improvements in feelings of social isolation, well-being, frailty assessments, and quality of life.

“Art-based activity may be an effective intervention,” said Olivier Beauchet, lead author of the report and a professor at McGill. “On a global scale, this participatory art-based activity could become a model that could be offered in museums and art institutions worldwide to promote active and healthy aging.”

The findings reinforce other initiatives already in place that target museum outreach to the elderly. In July, the E.A. Michelson Philanthropy initiative promised $2 million in grants to nine museums to address programming needs specific to seniors, made in order to propel “creative aging” programs for those 55 and older. “Sharing a quality art-making class with other people gives the adult an opportunity to meet new people and to connect with these people around a common experience,” said Ellen Michelson, founder of the E.A. Michelson Philanthropy.

The same foundation previously donated $15 million to different creative aging programs across the U.S., but has since doubled down on its offerings to support some of the best museums in the country: the Brooklyn Museum, Crystal Bridges Museum of American Art, Fine Arts Museums of San Francisco, Los Angeles County Museum of Art, Minneapolis Institute of Art, Nelson-Atkins Museum of Art, New Orleans Museum of Art, Pérez Art Museum Miami, and the Utah Museum of Fine Arts.