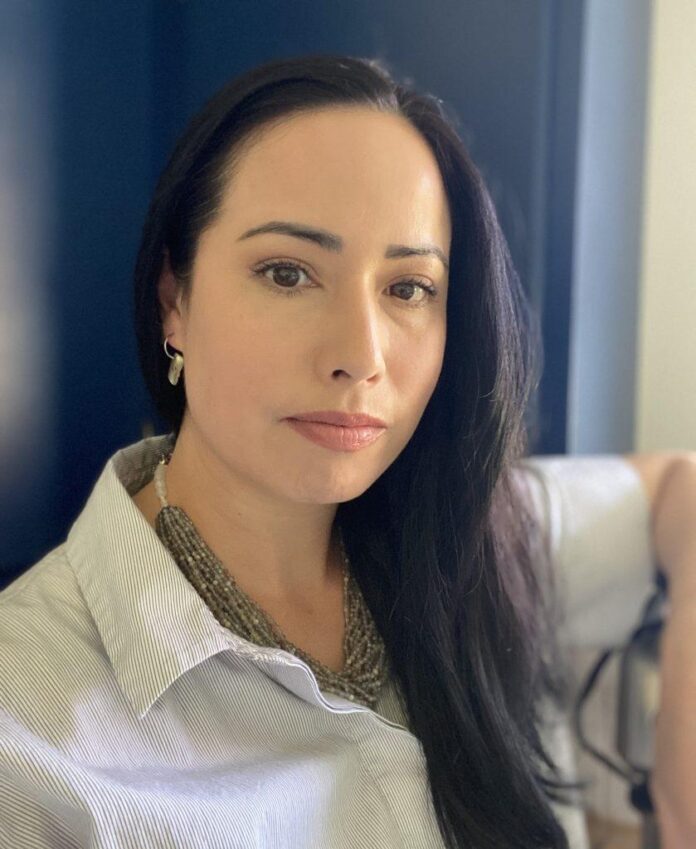 While preparing for her first public art exhibition—a series of paintings reproduced on bus shelters in New York, Chicago, and Boston—artist Wendy Red Star turned to museums for research.

She was looking into parfleches, or painted rawhide bags that tribes of the North American Great Plains used for transporting food and other personal belongings. For their makers, typically tribal women, the cases were utilitarian. But for Red Star, who is Apsáalooke (Crow), the objects represented something more: a shared tradition that kept these women’s stories alive, even when historians didn’t bother to do so.

But not every museum the artist turned to was eager to help. One, she said, initially denied all access to the Crow objects in their collection, citing fears of cultural appropriation. Another required authorization from the Crow Tribe’s executive office—which might be akin to, say, asking for Congressional approval to study a Civil War flag.

“It just causes me such anxiety,” Red Star said of her experience negotiating with these institutions, which she referred to as “gatekeepers.”

“Maybe the fear is rejection,” she went on. “But to me, that rejection is so heavy because ultimately, it’s lost knowledge. And that’s what’s happened to Native people. Our knowledge has been taken away from us. It’s a terrible feeling.” 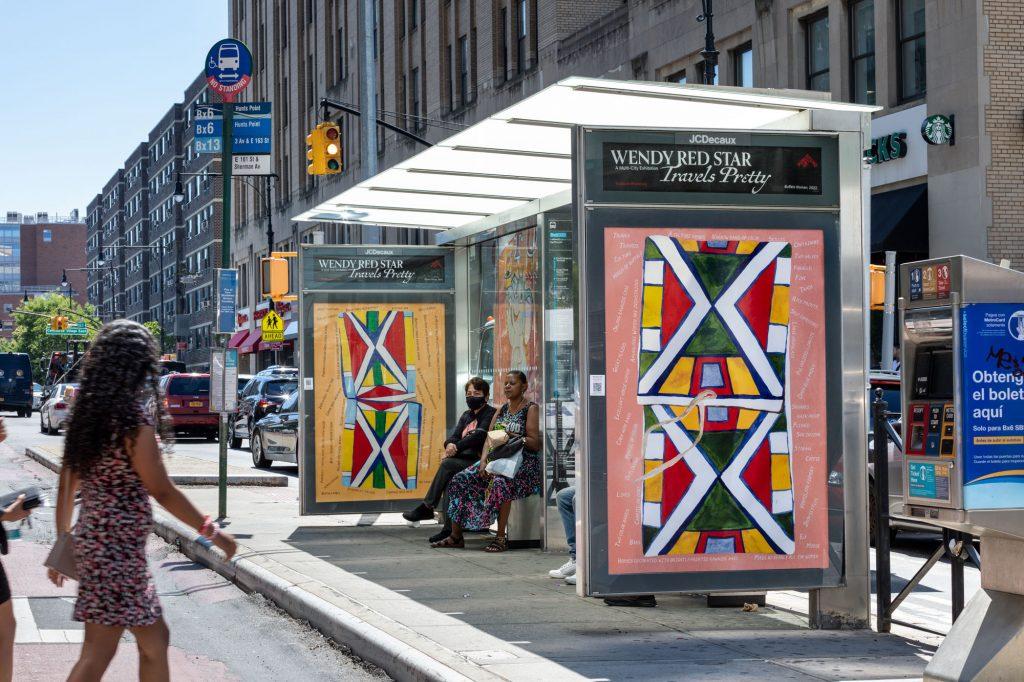 Eventually, Red Star received the support she was looking for, and the results of her effort make up “Travels Pretty,” her new Public Art Fund-sponsored show of paintings installed across bus shelters in three cities. It’s on view now through November 20.

Information gathering at museums was just one stage of what the artist considers her research process. The other was more experiential: recreating the designs of Crow craftswomen past, often to meticulous effect.

“It was a way for her to learn and study these objects in a more tactile way,” said Public Art Fund associate curator Katerina Stathopoulou, who curated the show. “She was almost retracing the hands of the artists who painted these parfleches hundreds of years ago.” 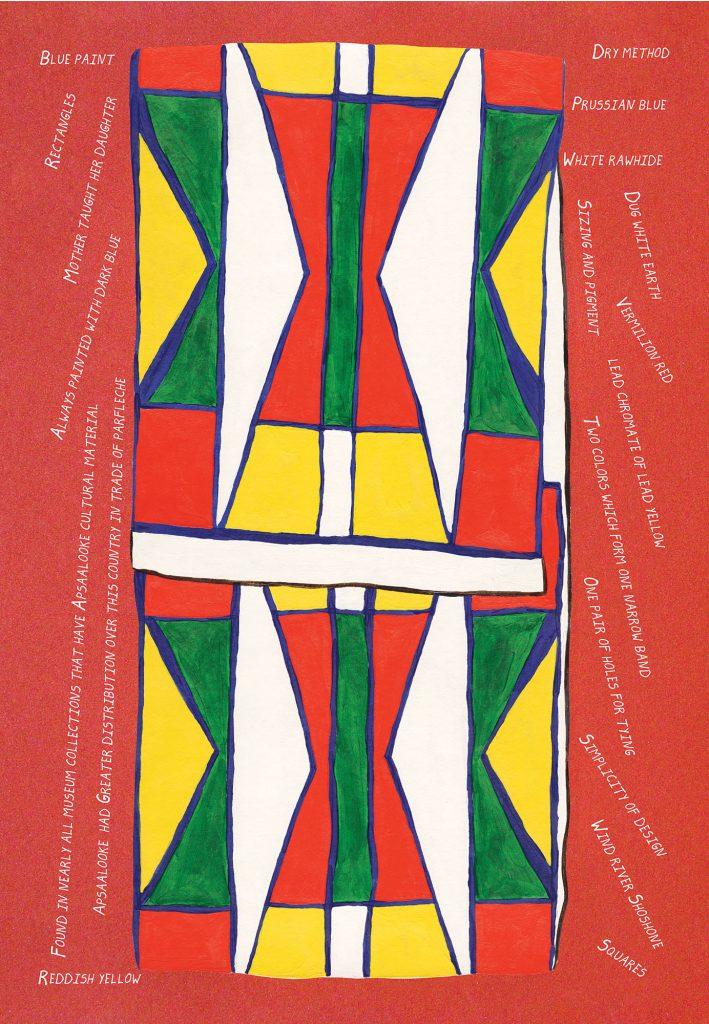 In their two-dimensional form, Red Star’s designs scan more as painterly abstractions than reinterpretations of tribal craftwork. But accompanying each of the artist’s parfleches is a series of phrases that provide additional context clues—and a hint of poetic flair: “Rose and Soft Violet,” “Packing Case,” “Mother Taught Her Daughter,” “Double Funneled Diamond.”

The phrases were culled from the artist’s own research into the bags at museums, but also elsewhere—in textbooks, online articles, and so on. Most carry an air of cold institutional description: “Antedated Painting,” “Symmetrical Design.” Some even feel steeped in colonial gaze: “Industrious Apsáalooke Women,” “Parading In Style.”

That Red Star would be drawn to these descriptions makes sense. Her own work often makes liberal use of labels, captions, and annotations, appropriating the kind of taxonomical language so often used to portray her culture. Sometimes, the goal is satire, as in her photo series “Four Seasons” and the “The Last Thanks,” both of which found the artist recreating the doll-filled dioramas of museums.

Other times, the strategy is more equivocal, as was the case with her 2019 series “Accession,” which paired her own photographs of an annual Crow parade with Works Progress Administration era-card catalogues that depict, in stunning watercolors, Native objects from the Denver Art Museum’s collection. One set of materials imagined tribal culture; the other showed it in all its contemporary vibrance. 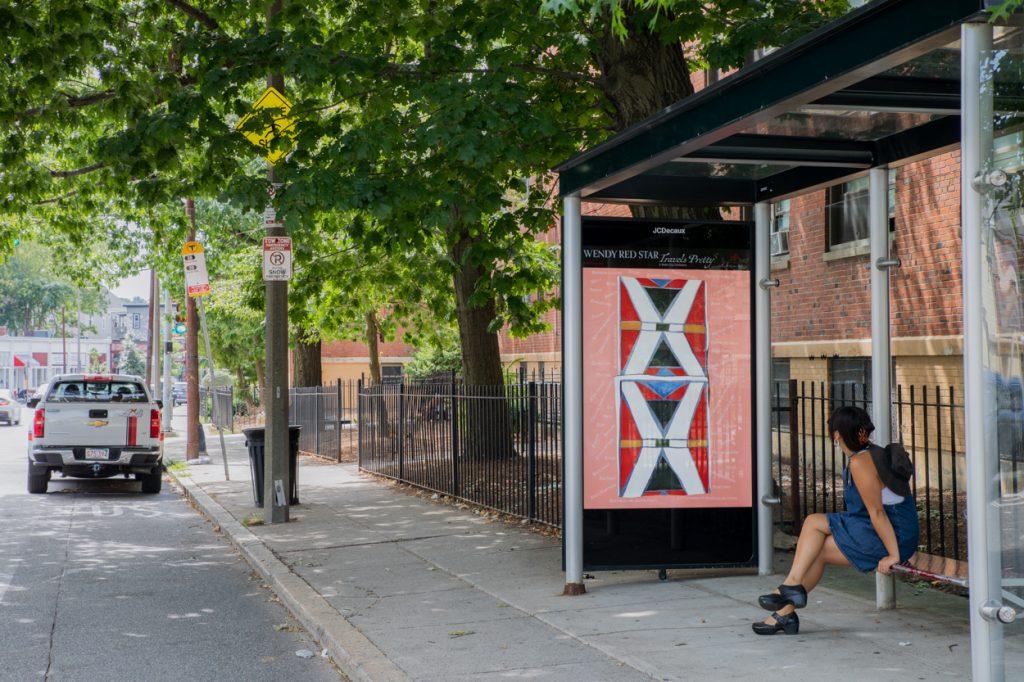 “Travels Pretty” no doubt falls into the latter category of Red Star artwork, fusing anthropological rhetoric and rich tribal design into a complex message about how heritage is shared across lines of time, geography, and culture. And Red Star, for her part, does not let the institutions have the last say. Each of her parfleches is named after a woman from the Apsáalooke tribe mentioned in the 1885 Crow Census.

“In one way, I am trying to build this counter-archive that is accessible and makes sense of my own living experience,” Red Star said. “I feel like I am the counter-archive.”