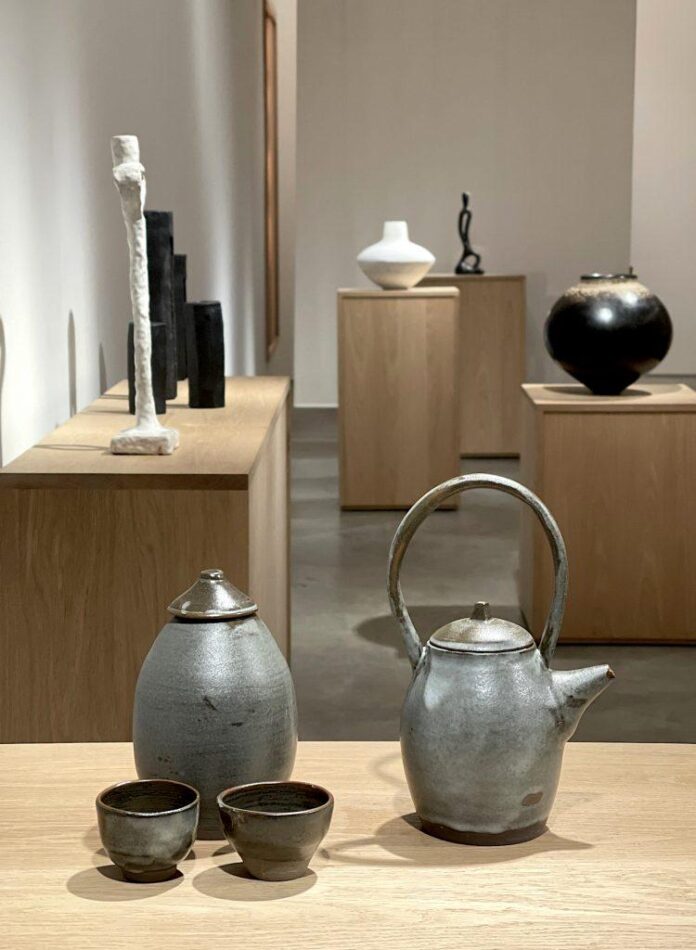 “Drinking a cup of tea is a simple, ancient act of daily life,” said Robin Standefer, cofounder of design and architecture firm Roman and Williams. “These acts are fundamental to our humanity. These objects are the stories of daily life, and they create a shared humanity that spans cultures.”

Standefer and partner Stephen Alesch opened Guild Gallery last fall as an extension of their popular storefront and restaurant RW Guild last fall. “We wanted to provide artists, primarily ceramicists, a platform where they could exhibit outside of the domestic or retail-oriented contexts,” she added.

The current “Art and Purpose” exhibition—the gallery’s first group show—emphasizes that mandate by highlighting how everyday objects can carry much more meaning than their primary function. On view until January 28, 2023, the showcase brings together unique and meticulously handcrafted wares from the platform’s illustrious roster of talents. The founders asked each to contribute a piece that they implement on a daily basis, “from tea cups to candle holders to furniture.” 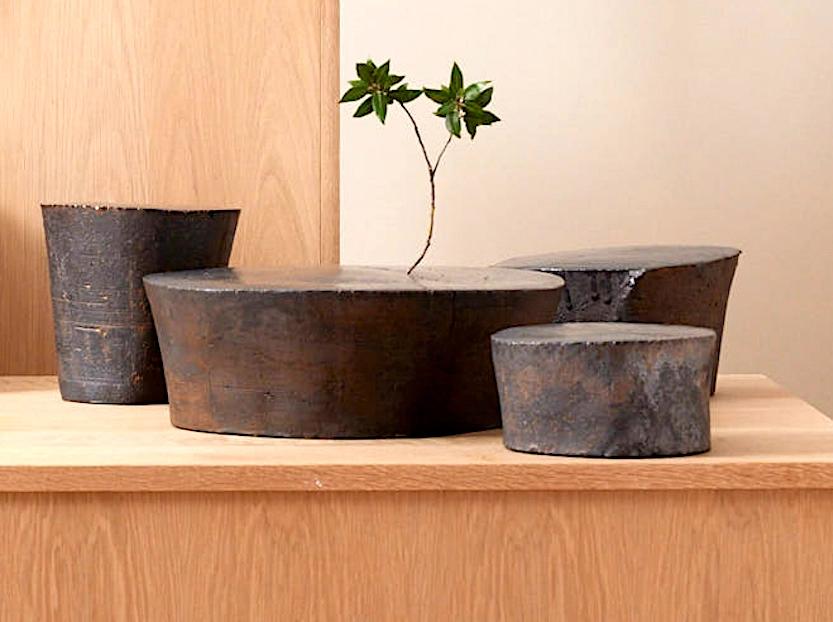 Dutch sculptor Mirjam de Nijs carved bluestone bowls reflecting the natural state of the stone but also the inflection of her intervening hand, while Yoshimitsu Ishihara’s blackened ceramics are at once vessels and altars. The latter demonstrates Guild Gallery’s commitment to conscious consumption and the belief that the objects around us can elevate our everyday experiences. Ishihara is known to pack his own handmade tea cups and lidded ceramic sushi boxes when traveling rather than use disposable items.

Montana-based talent Casey Zablocki submitted two distinctly different bodies of work. Whether developing a series of handheld tea bowls or a monumental table, the artist always engages in a bespoke, labor-intensive process he’s adapted from age-old traditions. Informed by their own intuitive approach to making the space, Standefer and Alesch tend to favor talents that experiment with materials and techniques.

“At Roman and Williams, a core tenet of our practice is the idea that spaces and objects are meant to be touched, used, and held,” Standefer exlained. “Our practice is about fighting obsolescence and encouraging sustainability through quality and beauty. This understanding is integral to our practice as designers and architects.”

Central to this philosophy is the notion that no two objects should look exactly the same and that they should contain some semblance of individual personality. On view as part of the exhibition, the founder’s own lost wax candelabra is accentuated by engraved fingerprints.

We Tagged Along With Florie Hutchinson, San Francisco Arts Expert, to View FOG and Much More

Sculptor Virginia Overton Reflects on Her Star Turn in 2022, With Major Projects for the Venice Biennale, LaGuardia Airport, and Celine