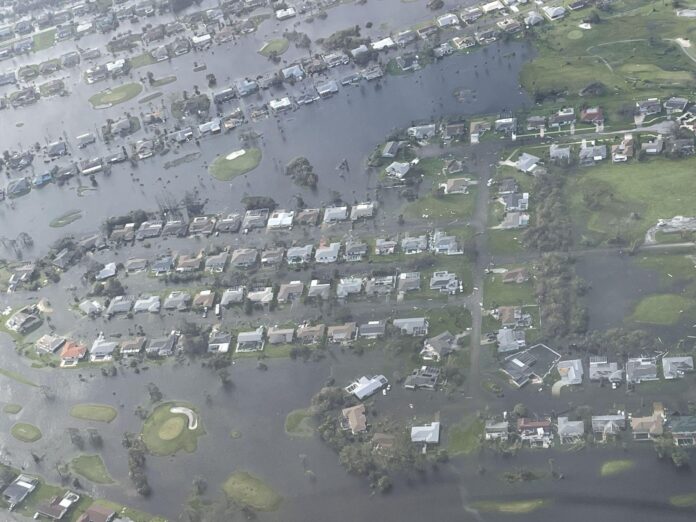 The Wish Tree, a beloved attraction on the grounds of the Dalí Museum in downtown St Petersburg, Florida, was among the many trees Hurricane Ian toppled as it made its destructive way ashore on 28 September. Art spaces and institutions up and down Florida’s Gulf Coast, from Tampa Bay and St Petersburg to Naples, found themselves on the front lines of a strong category four hurricane with sustained winds of 150 miles per hour and a storm surge that exceeded six feet in places.

The Wish Tree was the only significant damage at the waterfront Dalí Museum, director Beth Bell told the Tampa Bay Times, and the museum reopened to the public today (30 September). But other art spaces along the state’s west coast are facing much more complicated paths to recovery.

The status of Robert Rauschenberg’s former property on Captiva Island, which hosts the Rauschenberg Foundation’s highly regarded artist residency programme, remained unknown two days after the storm’s passage. That was partly because Hurricane Ian washed away sections of the only bridge connecting Captiva and neighbouring Sanibel island to the mainland, leaving the islands—near where the hurricane made landfall—accessible only by boat or helicopter.

“We have no idea what we will find when we are able to return,” Kathy Halbreich, the foundation’s executive director, told the New York Times.

To the north, in Sarasota, the Ringling—which is part of Florida State University (FSU) and includes an art museum, circus museum, historic home and more—sits directly on the waterfront in an area that, for a time, was forecast to take an almost direct hit from the hurricane. “This one looked like it was targeting us,” says Steven High, the Ringling’s executive director. “We moved special objects into our vaults, which can withstand winds of up to 140 miles per hour, but this storm had winds of up to 150 miles per hour.”

In the end, the storm turned east and came on shore south of Sarasota. “Because we were ultimately on the ‘good’ side of the storm, we had no physical damage to our buildings,” High says. Still, the Ringling did not escape entirely unscathed. Its campus includes an arboretum that is home to more than 200 species of trees, and there were many losses there.

The campus, like much of the surrounding area, also lost power—nearly 2 million people in the region are without power as of mid-day on 30 September. “All of our buildings are running on generators,” High says, noting that they have fuel to keep the generators running non-stop for six or seven days. “For Hurricane Irma (in 2017), we only had a three-day capacity, and we spent about half that time waiting for the storm to pass, so we learned our lesson and doubled our capacity.”

Fifteen minutes down the road, the Sarasota Art Museum also emerged largely unscathed, though it too is without power. “We got very lucky, we were spared the worst of the storm,” the museum’s executive director Virginia Shearer says. “We have some power lines down and we’re currently running off our power generator. Florida Power and Light is working on getting the power back on in the Sarasota area and we’re in talks with them about using our parking lot as a staging area for their trucks.”

Shearer credited the museum’s disaster plan and its staff for bracing the building ahead of the storm. She also noted that the museum’s minimal storage facilities, as a non-collecting institution, made it significantly less vulnerable. “We’re a non-collecting institution, so we don’t have a lot of works in our vault,” she says. “We were able to sandbag our loading docks and put protective plastic over the works in our galleries. Our staff deinstalled one major piece and moved it up to the third floor of our building.”

In addition to safeguarding buildings and artworks, the museum’s staff had to evacuate an artist, New York-based Janet Biggs, who had been preparing an exhibition with peter campus, Journeys to Places Known and Unknown. “She was here until Tuesday (27 September) installing her exhibition that opens next month,” Shearer says. “We got her on the last flight out of town.”

Museums, art and heritage spaces in Port Charlotte, Punta Gorda, Cape Coral and Fort Meyers, some of the cities directly in Hurricane Ian’s path, have largely been unreachable for the last two days as the areas face power outage, spotty cell phone reception and persistent flooding. Further south in Naples, the Baker Museum emerged largely unscathed, in part thanks to lessons its leaders learned the hard way five years ago.

“The Baker Museum was badly impacted by Hurricane Irma in 2017, and when the museum was repaired and expanded afterward, climate resiliency was a major priority,” Courtney McNeil, the museum’s director and chief curators, says. She adds that the museum’s location means it has to be proactive about planning for hurricanes and other extreme weather events. “We have a thorough disaster preparedness plan, which we just reviewed in the past year.”

That plan included safeguarding works installed outdoors, including a very large aluminium sculpture by the Venezuelan artist Jesús Rafael Soto, Extension and Half Sphere (1991), which had to be moved indoors. “Even if Ian had been a tropical storm, per the terms of our loan agreement, we would have had to move it indoors,” McNeill says. “When we’re borrowing works from institutions and other lenders, especially those outside the region, they’re always asking what our hurricane plans are.”

Now, while they wait for power to be restored before they can plan to reopen, McNeil, Shearer and High each stressed that making sure their staff are safe is their top priority. “You can have the best plan,” Shearer says, “but it’s really about having great staff who will execute that plan in a crisis, even as they’re worrying about boarding up and sandbagging their own homes.”