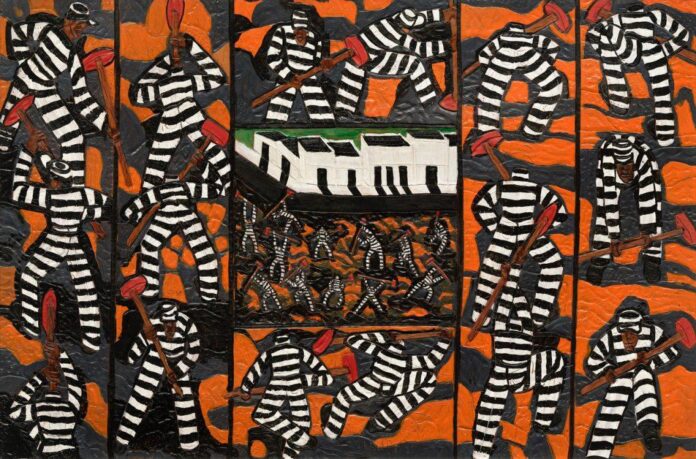 The striped black-and-white uniforms and countless rows of small white tufts would become common motifs of Rembert’s paintings years later. These memories haunted him as he created dynamic compositions tooling leather with a swivel knife and mallet.

At once painful and joyful, the paintings are rapidly gaining acclaim, with a spate of gallery shows and significant institutional acquisitions. Mega-collector Mitchell Rales acquired a Rembert painting for the National Gallery of Art in Washington, D.C.; Agnes Gund gave another to the Cleveland Museum of Art. Meanwhile, his life’s story, Chasing Me to My Grave: An Artist’s Memoir of The Crow South, posthumously won the Pulitzer Prize for nonfiction in 2022.

“It’s bittersweet,” said Adam Adelson, executive director of Adelson Galleries in New York, which began working with Rembert, who died last year, in 2010. “During his lifetime, we hustled to sell paintings. We were lucky if we sold a few a year. He dies, there’s the New York Times article, and our phone starts ringing off the hook. Things started selling at auction for four or five times the estimate. We wish Winfred could have seen it.” 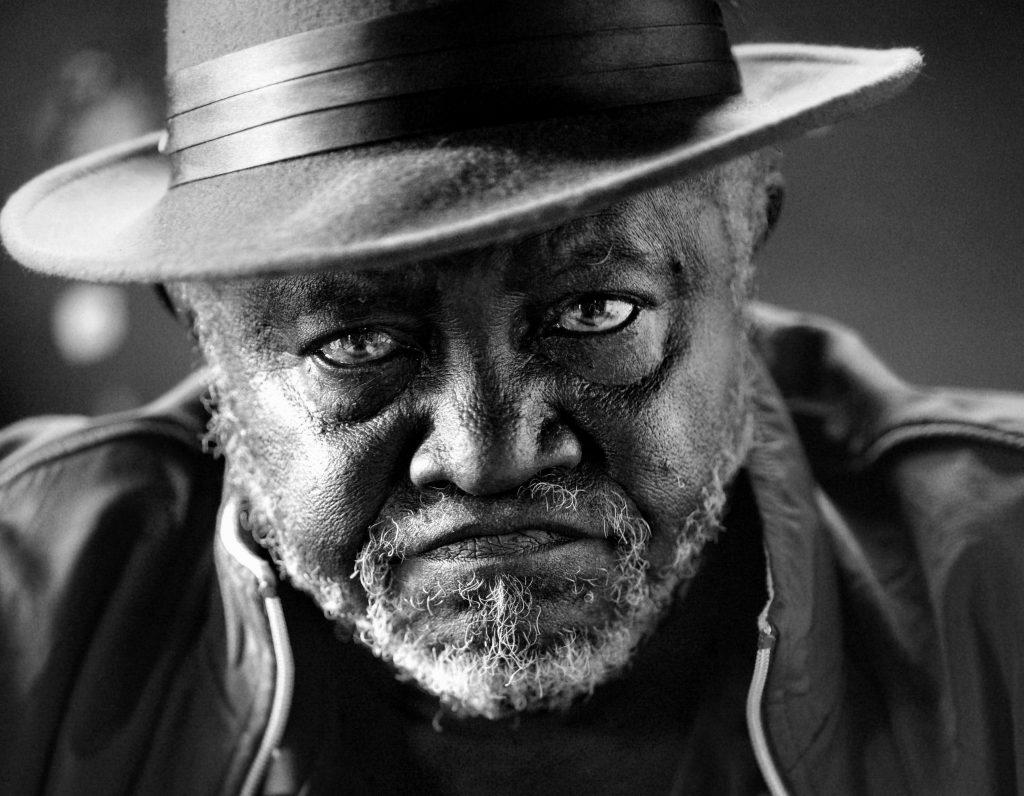 Born in poverty in Cuthbert, Georgia, Rembert was raised by his aunt, a field laborer, who took him to the cotton fields as a child. The scene is depicted in his painting On Mama’s Cotton Sack (2002), currently part of “Winfred Rembert: Memory is Alive” exhibition at James Barron Art in Kent, Connecticut.

He was incarcerated for the first time when he was just eight years old. As a teenager, he joined the Civil Rights Movement and was arrested after a demonstration. He spent a year in jail without being charged. Then one day he stuffed tissue into the toilet, flooding his cell; then he locked up a deputy sheriff, stole his gun, and escaped in his car.

He was apprehended soon after and almost lynched by a mob of white men, which included the deputy sheriff. Rembert retold the harrowing episode (and his miraculous survival) in his memoir as well as in a 2012 documentary about his life, All Me.

The next seven years on a chain gang were full of suffering, but it was during that time that Rembert learned to tool leather from a fellow inmate, T.J., depicted in T.J. the Tooler (1998). He also met his future wife Patsy, who would later convince him to make paintings based on the stories he told at the dinner table.

“Thank God I’m alive, and while I’m still alive I can talk about it,” Rembert told Erin I. Kelly, who co-authored Chasing Me to My Grave. “I can talk about surviving. I am a witness. And when I die, I didn’t die by the rope. I just died from being an old man.”

For many years, Rembert was “a jack of all trades,” according to his son Mitchell Rembert, 38. He knew how to use bulldozers and backhoes from being on the chain gang and did construction under the table. He would hustle liquor and fire crackers, “and leather fell into this,” his son said. “He’d make arts and crafts.” 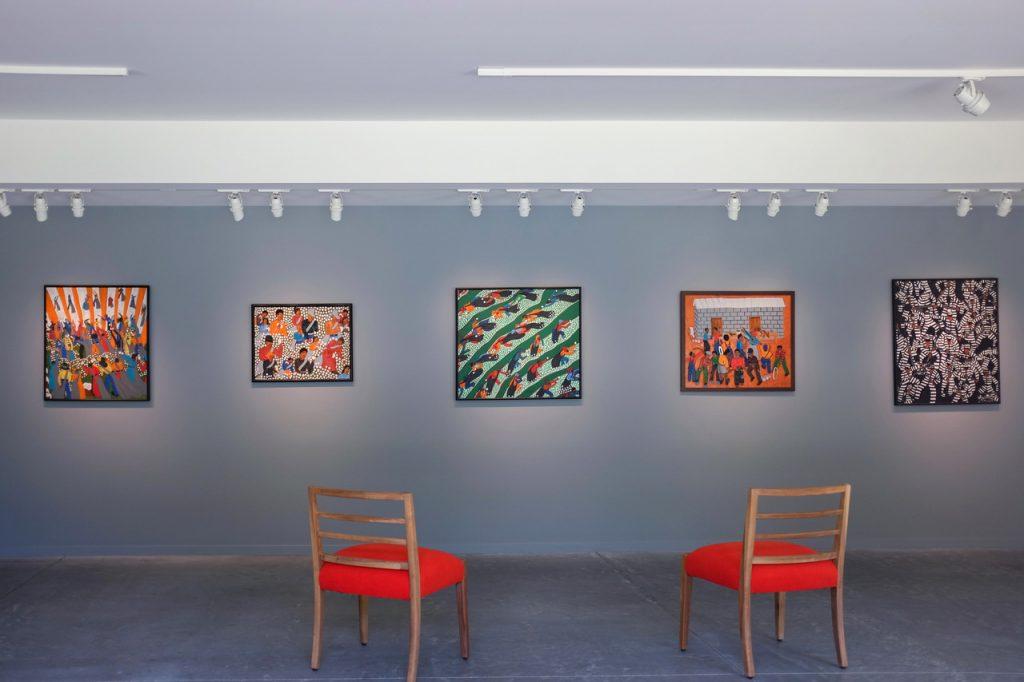 Installation view of “Winfred Rembert: I Want to Tell the Truth” at James Barron Art in 2020.

Rembert was 51 years old when he started making art, initially reluctantly. He developed a unique technique, working with beveling tools to indent the leather surface with a variety of marks, then using camel hair brush to apply vibrant dyes.

In 2000, he snuck into the Yale Graduate Club where “these rich folks at Yale were going to donate some money for artists in the community,” he recalled in the book. At the end of the event, he unrolled an artwork that he brought with him.

“Excuse me,” he said. “I would like to know when these programs are coming about, because I am a starving artist. This is my work. I do artwork on leather from my memory as a child growing up in Georgia.”

Jock Reynolds, director of the Yale University Art Gallery, was captivated and offered Rembert a show. The institution ended up buying a triptych from the exhibition.

In 2002, the artist met Peter Tillou, an antiques dealer in Litchfield, Connecticut, who became his champion (the new auction records at Brunk were set for the paintings consigned by his estate). Tillou introduced him to prominent art-world figures including Warren Adelson, the founder of Adelson Galleries.

“We fell in love with Winfred and with his work,” Warren’s son Adam said, noting the artist’s magnetic personality and booming voice. “You look at the chain gang pictures and you’d think this happened during slavery, but it happened in the 1960s.” 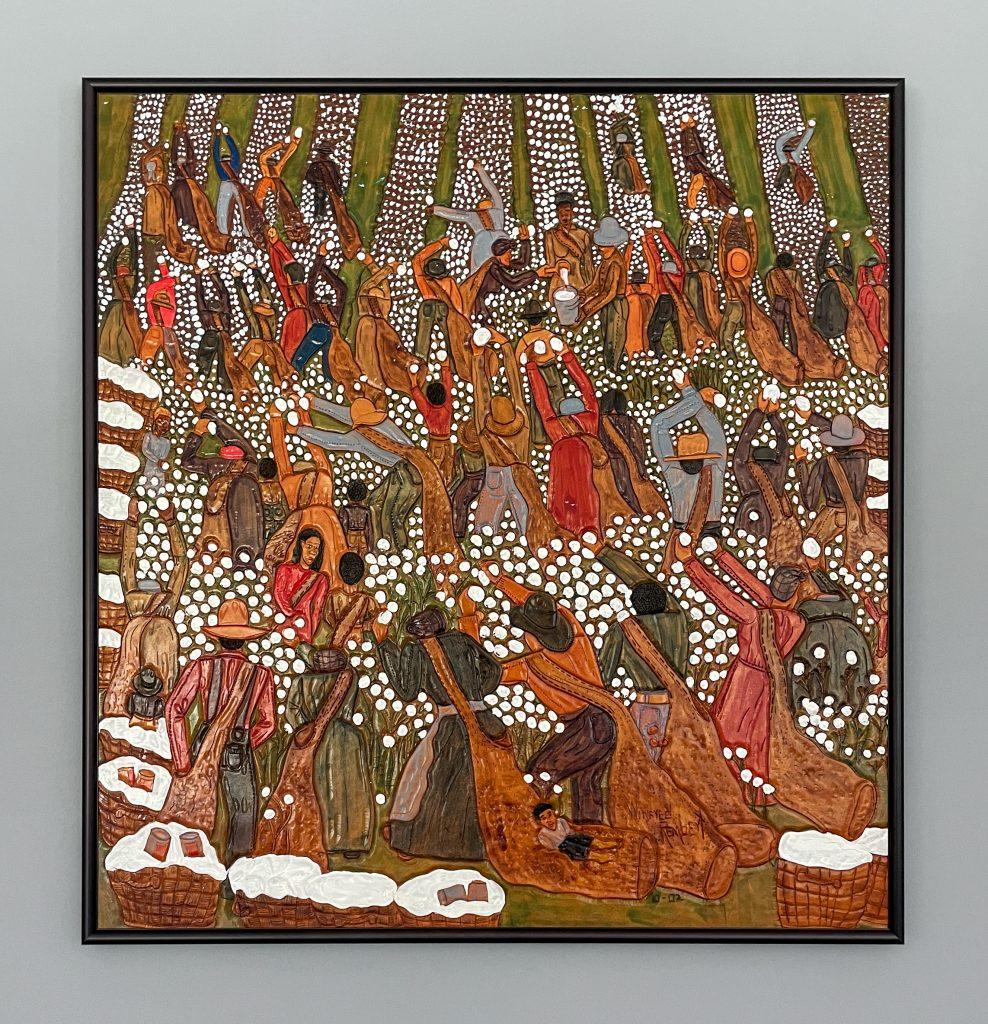 Tillou also introduced Rembert to hoteliers Anthony and Charlie Champalimaud, who hung 14 paintings by Rembert at Troutbeck, their property in Amenia, New York. Rembert’s self-portrait picking cotton hung across from a portrait of Abraham Lincoln. Three works sold off the walls in the mid-to-high $20,000 range, said Anthony Champalimaud.

After seeing the paintings in the hotel, James Barron, an art dealer based in Kent, took three works by Rembert to the Outsider Art Fair in New York in January 2020.

An exhibition of Rembert’s paintings at the gallery opened during the pandemic, and several works were acquired by museum trustees with the understanding they will be donated to institutions, according to Barron. One of them ended up at the Blanton Museum of Art at the University of Texas in Austin.

After getting out of jail, Rembert married Patsy, his sweetheart. They settled in New Haven, Connecticut and had eight children. Around 2005, Rembert was diagnosed with pancreatic cancer. “A doctor told him he’d be lucky to live past a year,” his son Mitchell said.

Rembert defied medical expectations even as his treatment and other ailments began to take their toll. At some point, during one of his many hospital visits, he was given Suboxone, a drug used for heroin and opioid addiction.

“He got very addicted to it,” Mitchell said. “He always seemed like a strong man and it was hard for him to accept that his body was breaking down.”

Rembert died on March 31, 2021, after getting a call that he had COVID for the second time. “He sat on the bed,” Mitchell said. “He and my mom talked for a bit. Then they lay down and he went to sleep. He never woke up. He said he wanted to die laying next to my mom. And that’s exactly how he died. God has allowed him to complete his mission.” 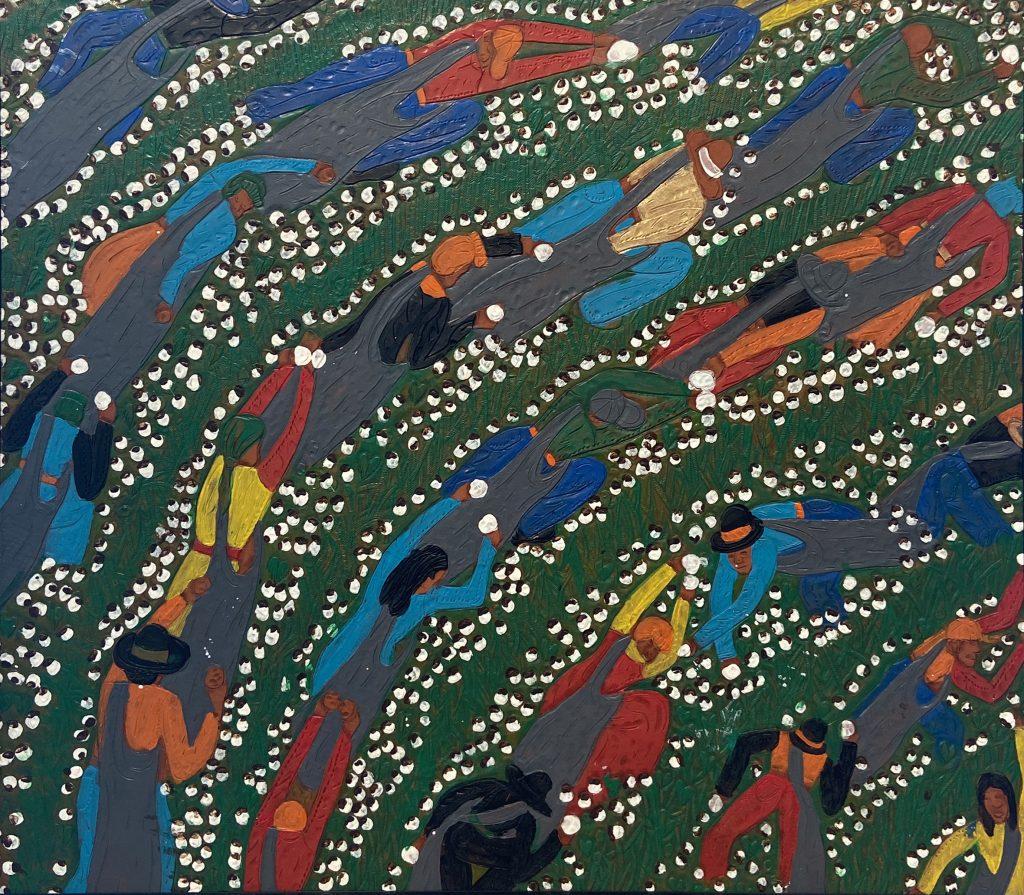 Winfred Rembert, (2012).  Blanton Museum of Art, The University at Texas at Austin.
Gift of funds from Suzanne Deal Booth, 2021.

Prices for his works jumped almost overnight. In October 2021, Fort Gansevoort gallery in New York opened the first posthumous show of Rembert’s work. The gallery never published prices, leading to conflicting accounts. Mitchell said they were still $25,000 to $30,000. But at least one painting sold for more than $200,000, according to a person familiar with the sale. The gallery didn’t respond to calls seeking comment.

Fort Gansevoort’s show drew the attention of Mitchell Rales, founder of Glenstone, a private museum outside Washington, D.C. President of the board of trustees of the National Gallery of Art, he pointed it out to Harry Cooper, the museum’s senior curator.

“I didn’t really know about him at all,” Cooper said about Rembert. He was impressed by the work’s formal qualities and powerful story. The rhythmic movement of color in the chain gang paintings echoed the coordinated movements of the prisoners. The Glenstone Foundation provided funding for the acquisition of G.S.P. Reidsville (2013), which was announced in July.

Since then, a new museum acquisition has been made monthly. In August, Cleveland Museum announced Gund’s gift of All of Me III (2002). In September, the Minneapolis Institute of Art acquired The Beginning (2002).

Rembert’s auction market is changing at this very moment. In addition to the record-setting works sold this week, three more will be offered by Swann Auction Galleries on October 6. Mitchell consigned two other paintings by his father to Shannon’s for an auction on October 27, he said.

Rembert would make one painting and two smaller works per month, according to Adelson. In 2019, he painted a boy walking along the rail tracks with no end in sight. Titled Looking for My Mother, the work commemorates Rembert’s teenage journey to meet his mother, who gave him away soon after birth. He was looking for her, for her love, he said in the memoir.

“I like to think that when I’m gone from this world, my mother will live,” he wrote. “When people look at the picture and read what I’ve said about it, my mother will be remembered. She don’t know it. She’s gone, but she’s remembered.”