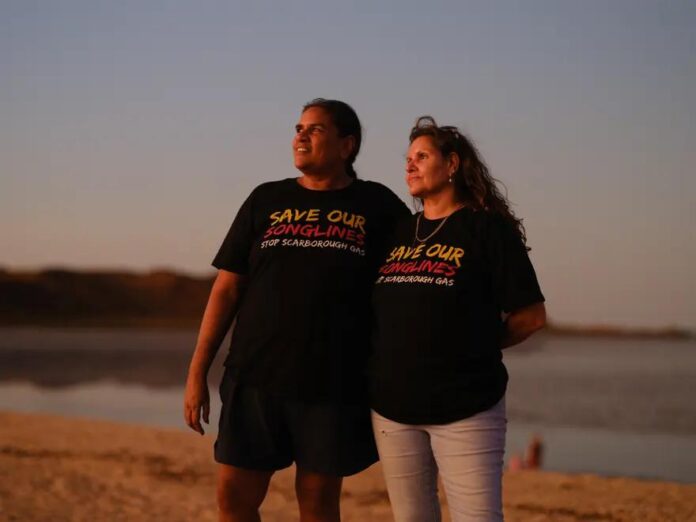 Indigenous activists in western Australia are calling for international support as plans for a multibillion-dollar gas project threatens the existence of up to a million ancient petroglyphs.

This week, two Mardudhunera women stood before the United Nation’s Expert Mechanism on the Rights of Indigenous Peoples alleging that their country has prioritized industry over heritage. Now, they say, the region that First Nations people call Murujuga is at risk of being destroyed.

“Industry has removed and destroyed our rock art in another form of cultural genocide,” said one of the activists, Raelene Cooper, in front of the UN, alluding to the destruction of other Australian landmarks—such as the Juukan Gorge—in the name of fossil fuel excavation. “This has caused loss of our traditional livelihoods, traditional Indigenous knowledge, and our spiritual relationship with the land. There has been displacement and ecological degradation.”

This year, Cooper and fellow Murujuga custodian Josie Alec founded Save Our Songlines, a campaign to prevent the devastation of their ancestral land, located in the resource-rich Burrup Peninsula.

“The ngurra, our land, is our temple and our parliament,” Cooper went on. “The rock art archives our lore. It is written not on a tablet of stone but carved into the ngurra, which holds our Dreaming stories and Songlines.”

“Government and industry have acquired land under duress, creating division and chaos. Industry has removed and destroyed our rock art in another form of cultural genocide.” pic.twitter.com/fE9YoPA3tQ

Endangering Murujuga is the $11 billion Scarborough gas project, for which the petroleum production company Woodside Energy would drill 13 wells. The goal, according to the company, is to produce an estimated eight million tons of liquefied natural gas per year.

Those numbers drew swift resistance from environmentalists, who claim that the carbon emissions from the site would have drastic impacts as far as the Great Barrier Reef—a World Heritage site. On those grounds, the Australian Conservation Fund launched a legal challenge against Woodside last month.

Because of its collection of rock art, which is among the largest and oldest in the world, Murujuga has also been nominated for World Heritage status, which could have serious impacts on the Scarborough project. Among the site’s petroglyphs, some of which are up to 50,000 years old, are numerous depictions of creatures that no longer exist, such as the Tasmanian tiger.

The activists of Save Our Songlines say that industrial pollution has already decayed much of Murujuga’s artworks, and that the Scarborough project will expedite that process significantly. A 2021 University of Western Australia study cited by the group concluded that “with the currently recorded acidity levels, the rock patina and associated art will degrade and disappear over time.”

It “will kill our stories, ”Alec told the Associated French Press this month. “It kills a very part of who we are.”