Home News ‘It’s About Who’s Been Able to Tell the Story’: Curator and Author... 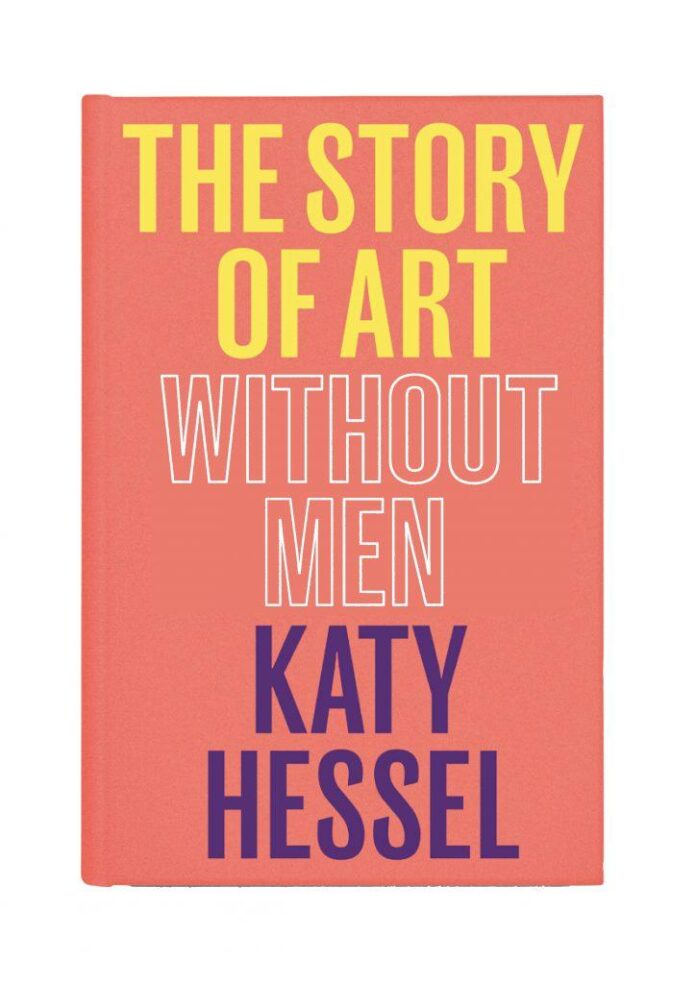 In September, curator and art historian Katy Hessel, known for her popular Instagram account @thegreatwomenartists, published her first book, , in the U.K.

Now, the groundbreaking volume, which highlights the many accomplishments of women throughout art history—independent of their relationships to their husbands or fathers—is headed stateside, with the U.S. release set for May 2, 2023.

The book is designed as a counterpart to Ernst Gombrich’s catalogue of the history of art, (1950), which is to British art education what is in the U.S. But in both countries, what’s presented as an encyclopedic text was first published without mentioning a single woman artist—and even current editions have a long way to go toward equal representation, by gender and race.

Hessel’s book paints the other half of the picture, the non-male artists who have been making art all along, their stories told in short, easily digestible chapters, with copious illustrations of their work. 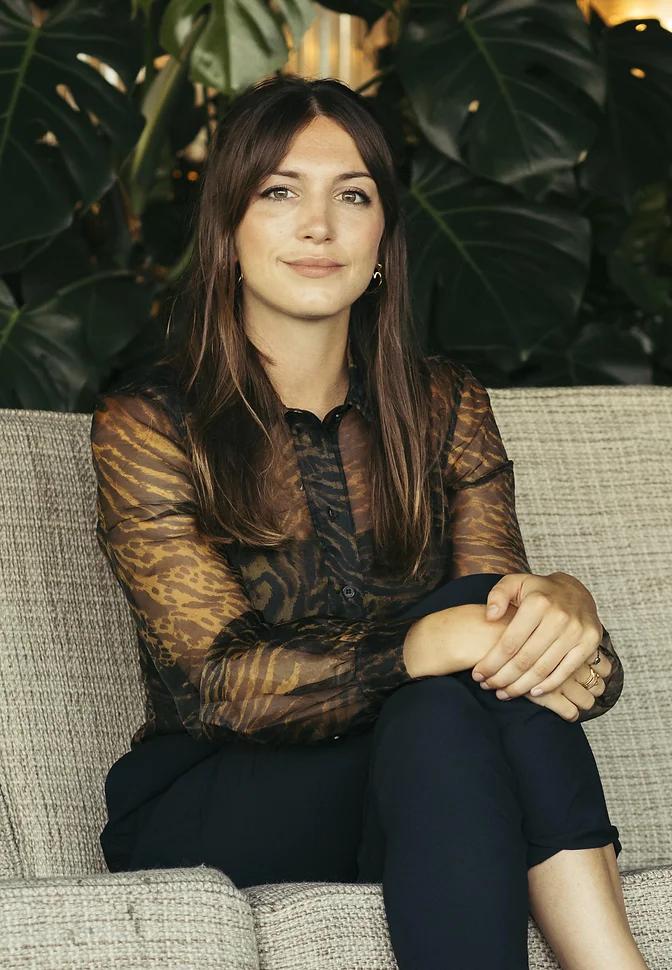 The author, who also hosts the podcast The Great Women Artists, has become an expert in teasing out the incredible stories of art history’s overlooked women—and identifying their 21st-century counterparts working today. (The book’s final chapter ends with a section about women painting in oils today, which Hessel sees as a way to bookend a volume that begins with female Renaissance masters.)

Ahead of the U.S. release of the book, we spoke to Hessel about what inspired , the challenges of following so many narratives at once, and the joys of celebrating women artists and their many achievements across the centuries.

You’ve obviously tackled such an incredibly large subject in this book—although maybe some people don’t realize just how large it is! What inspired you to do an overarching women’s art history, rather than homing in on one artist or period?

So much of the time, when I read a short, 150-word bio of a female artist, male artists are referenced in relation to them. To be honest, I got a bit sick of it. Dora Maar is always being referred to as Picasso’s lover, and actually what I want to do is scream and say Dora Maar was an incredible street photographer and Surrealist, and she was amazing. But how often does her name come up in telling his story?

I really wanted to give an introduction to this subject to people who might have never even stepped inside a museum before.

Because the Instagram and the podcast are so very much focused on the artist, I wanted to sort of almost challenge myself to club together all these different stories and try to piece it together.

And did you find when you were writing the book that the scope kept expanding? Some of these artists are so wonderful, and they only get a brief aside. How did you make those editorial decisions?

Totally. The book was meant to be 30,000 words, but I wrote about 95,000 because it was just impossible to keep down. And there is still so much missing—which kills me, but you can’t include everything.

You’re telling this narrative that is super accessible, but at the same time it is an impossible task because, naturally you’re going to leave so much out. You just have to kind of go with your gut.

When I talk about the documentary photography or street photography in the 1930s, I talk about Lee Miller and Dorothea Lange. But then I give Vivian Maier like one line, which pains me! I just tried to tell it as comprehensively and as accessibly as I could. 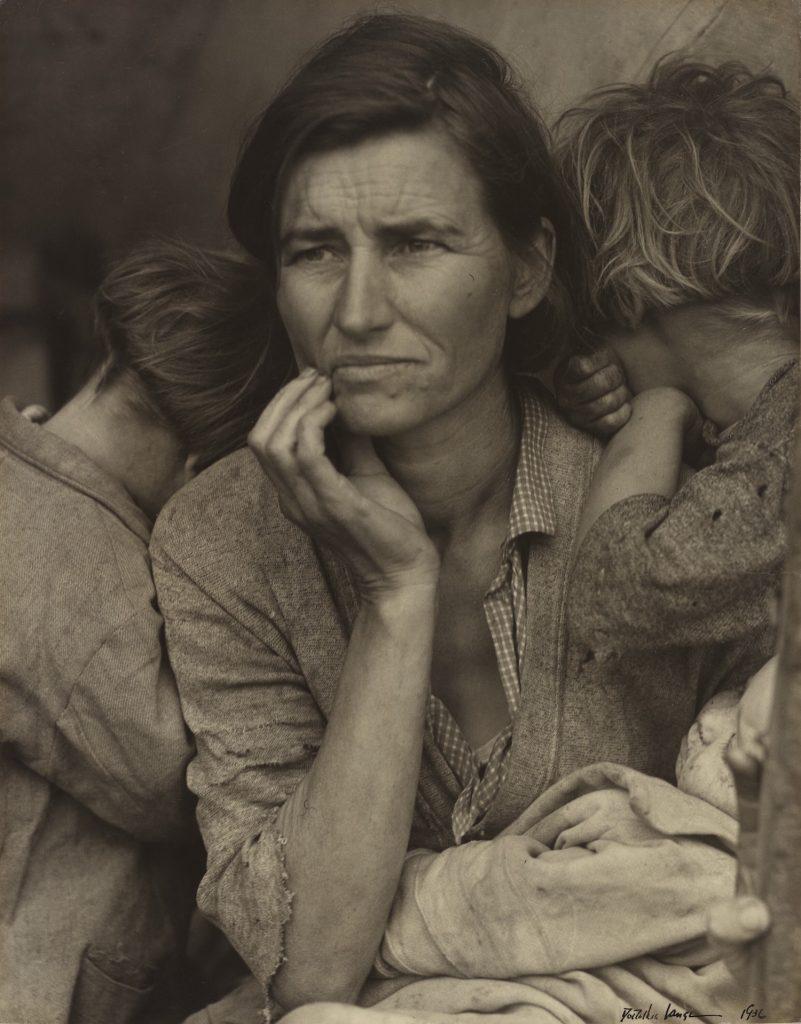 Are there any changes for the U.S. edition of the book?

It’s the same—just a different cover! Over 50 percent of my podcast guests have been American. New York is such an instrumental city for art, and it’s extraordinary the impact that America’s had in art history, especially in the 20th century.

When I was writing about the postwar years, for instance, I realized I can’t not include a chapter on Black Mountain College, because it was so instrumental. Obviously in America Black Mountain is quite famous, but here in Europe people are really new to it. So it’s very much catered to an American audience!

I’ve written many articles—although none of them 95,000 words—about non-male artists and about the importance of rewriting the canon to recognize their place in art history, and there is one complaint that I consistently get from certain readers. What would you say to the people who argue that the fact that the artists weren’t written about the first time reflects their lack of merit?

Women have been artists for millennia, since the cave paintings. And yet Gombrich and Janson, their first editions didn’t include a single woman artist. So it’s actually down to who has been able to tell the story of art history.

And of course, there are so many sexist barriers that the women had to jump over. Women artists in Europe weren’t even allowed to be admitted to the life drawing studio until the 1890s. The fact that they even became professional artists despite these boundaries and everything being against them is so remarkable.

Someone like Artemisia Gentileschi of the Baroque, she was an international celebrity in her day and people knew about her all over Europe. She was asked to come to England by King Charles III. It’s not like these artists weren’t famous in their lifetimes. They were, but they’ve almost been consciously written out of art history.

It’s the same way in the market. The statistics are shocking when it comes to the price of work by women artists. Essentially, living women artists actually earn 10 percent or 11 percent of male artists. If you’ve seen the recent Burns Halperin Report, you know there’s still so much work to do in January 2023! 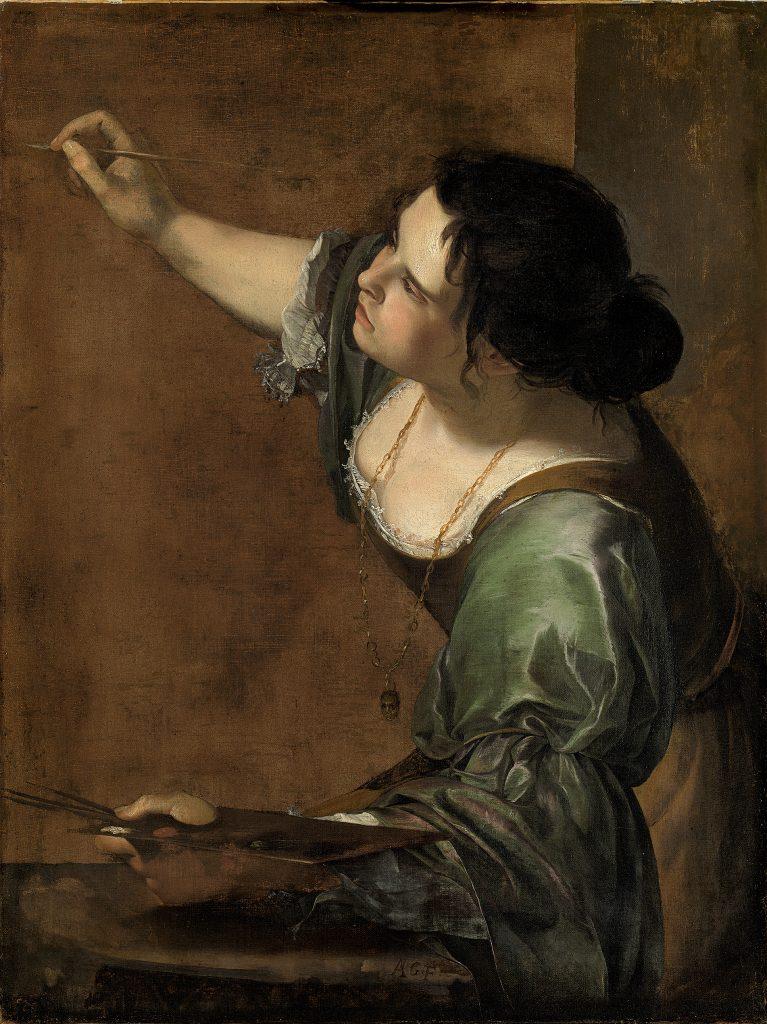 You’ve spoken before about how you were inspired to delve into the subject of women artists after visiting an art fair and being surprised by the lack of representation of women artists there. What can you tell us about that experience?

It was totally life changing. I was 21. I walked into the art fair, and I suddenly realized that none of the works were by women. It just was this epiphany moment. I had just finished a B.A. in art history, and I had to ask myself—could I name 20 women artists? The answer was no.

I challenged myself to write an article about female Baroque and Renaissance artists, and suddenly I was learning about Elisabetta Sirani and Artemisia Gentileschi and Sofonisba Anguissola. I was unearthing all these stories—but they’re all there, and we shouldn’t have to hunt for them.

As a result, I started the Instagram account in October 2015. The mission has always been to celebrate women artists, ranging from young graduates to Old Masters. It’s a joy to do.

What would you like to see from the art world in terms of steps to equal the playing field for non-male artists?

There needs to be a conscious effort to make sure that progress is happening. We have to take this really seriously, because representation matters.

Guerrilla Girls’ Do Women Have to be Naked to Get into the Met. Museum? (ca. 1989). Courtesy of Cooper Hewitt.

What would be your recommendations for shows featuring women artists right now and into the spring?

I can’t wait to be in New York City in the spring because I’m so excited for Sarah Sze at the Guggenheim. She’s one of my all-time favorite artists. (I included her in the book with Katharina Grosse and Julie Mehretu, who I think are the holy trinity of contemporary art in a way.)

Sarah Sze takes the influx and proliferation of images and information coming at us, and dissects that into these three-dimensional models in a way that I just find so incredible. And the actual shape of the Guggenheim is almost reflective of her sculptures, so it’s just gonna look absolutely magnificent.

And in London we’ve got some fantastic shows. Alice Neel is about to open at the Barbican, and we’ve got a great show of Lynette Yiadom-Boakye at the Tate. It’s a really exciting time!