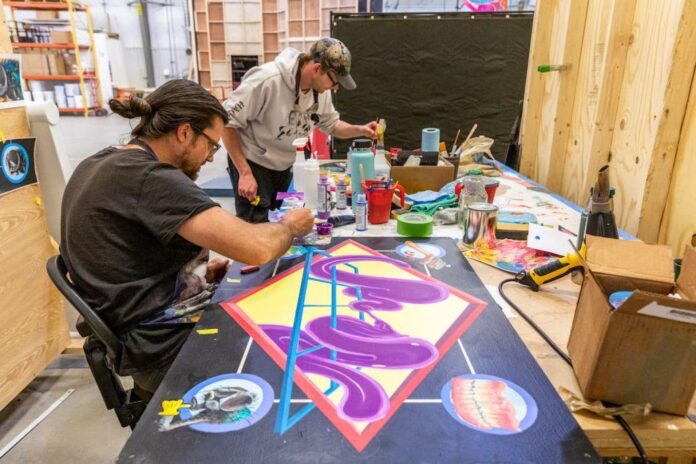 This week, the immersive art production company announced the details of its newest location, set to open in Grapevine, a suburb between Dallas and Fort Worth, this summer.

Settling into a former big-box retail space within a shopping center that’s also home to a theater, aquarium, and a “LEGOLAND Discovery Center,” the new outpost will boast 29,000 square feet of exhibition space, some 30 separate rooms, a performance venue, and an additional retail space. 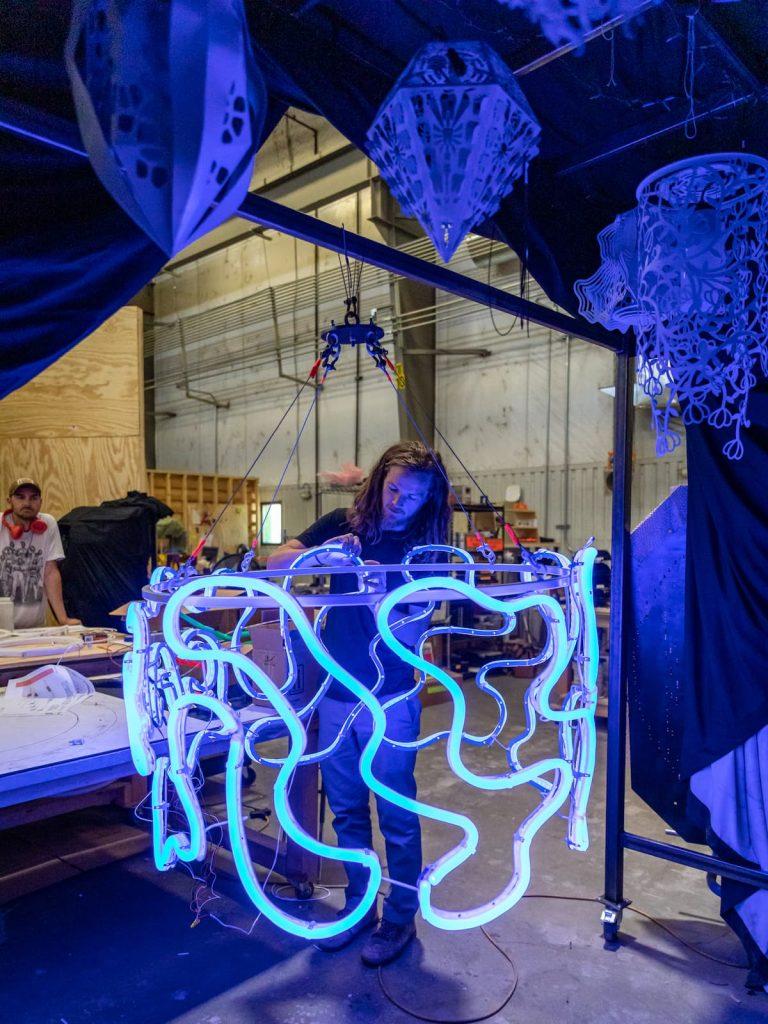 “We are hiring like mad and the construction barriers that have been put up at [the Grapevine site] can barely hold the collective imagination within,” Meow Wolf Grapevine’s general manager Kelly Schwartz said in a statement.

In addition to work by Meow Wolf’s in-house designers, the installation will feature contributions from Texas-based artists, including sculptor Dan Lam, illustrator ​​Mariell Guzman, and painter Carlos Don Juan, as well as offerings from local vendors.

Behind-the-scenes photos shared by Meow Wolf offer a peak at the company’s preparatory labor, though what the Grapevine installation will ultimately look and feel like remains under wraps. 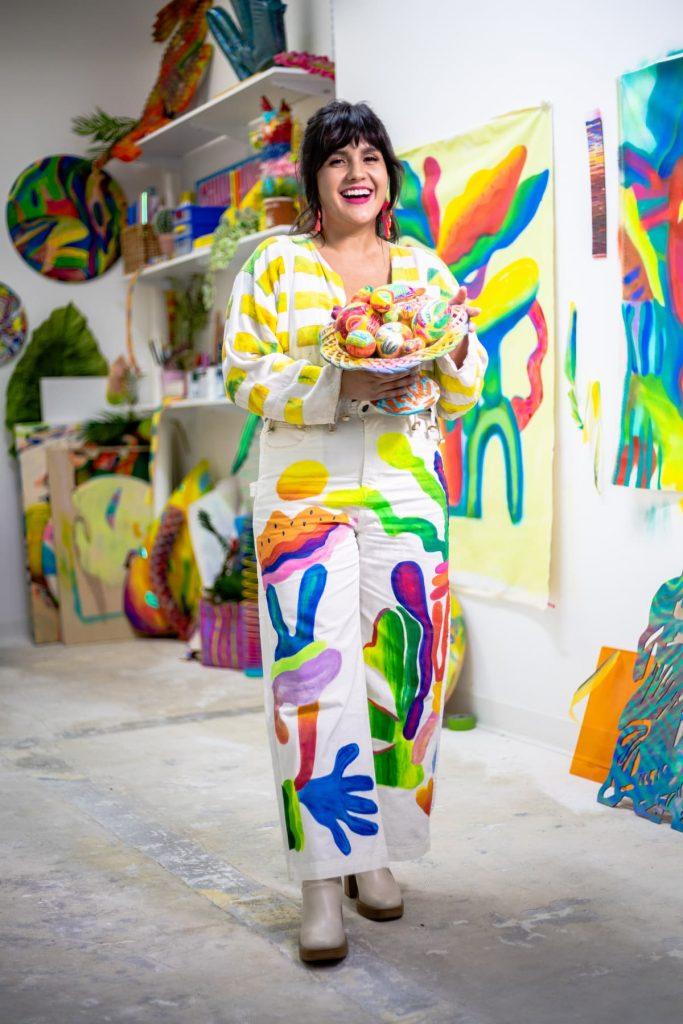 In a recent interview on Meow Wolf’s site (the company has its own editorial arm), the lead writer of the project, LaShawn M. Wanak, teased little in the way of aesthetic details, offering a kind of vibe summary of the new branch instead.

“I can say that it is a story about caring, caring for people,” the writer explained. “When people walk into Grapevine, when they walk into the site, I want their first impression to be: ‘Oh, this is a well-loved place, and the people inside love each other and care for each other.’”

When it opens, the Grapevine location will become Meow Wolf’s fourth dedicated branch, joining outposts in Denver and Las Vegas, and the original project space in Santa Fe. A second Lone Star State installation is in the works, too, as the group prepares to open an outlet in Houston in 2024.

Last May’s announcement of the two new Texas locations was met with criticism online as fans called out Meow Wolf for moving into a state that has curtailed abortion rights and access to gender-affirming care for minors.

In response, the company put out a statement saying that “Meow Wolf has always stood with marginalized people and that includes LGBTQIA communities and women.”

“We wanna be clear,” the group’s message went on, “we are coming to Texas to bring our support, love, and adoration for those communities by supplying jobs, hosting events, supporting artists, and doing everything we can to give space and time and resources to the communities of Texas facing the most backlash.”

The Art Angle Podcast: Why the Very Serious Artist Paul Chan Is Taking a Breather