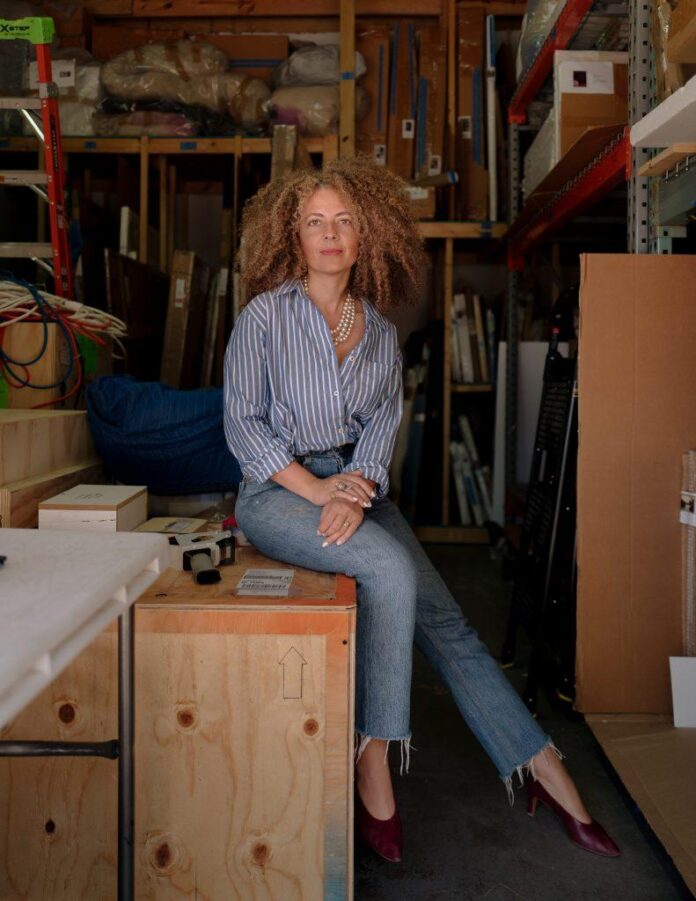 Today, when thinking of global art hubs, Miami is likely among the first that springs to mind, but two decades ago, that was far from the case. “There was a time when if you were growing up in the city and were interested in anything cultural, your primary drive was to find a way out,” said Nina Johnson, who was born and raised in the coastal metropolis.

Johnson was interning at Bernice Steinbaum’s local gallery when Art Basel Miami Beach (ABMB) made its official debut in 2002. Five years later, she opened her own eponymous space (then called Diet Gallery). Having relocated from Wynwood to Little Haiti in 2015, the venue has since grown into an internationally recognized gallery for contemporary art and design by established and emerging practitioners, from Judy Chicago and Rochelle Feinstein to Katie Stout and Woody De Othello.

“I always joke with people that I grew up in a city where there weren’t museums to take us on field trips,” said Johnson. “Now every third grader in the county visits the Pérez as part of the public-school curriculum.” 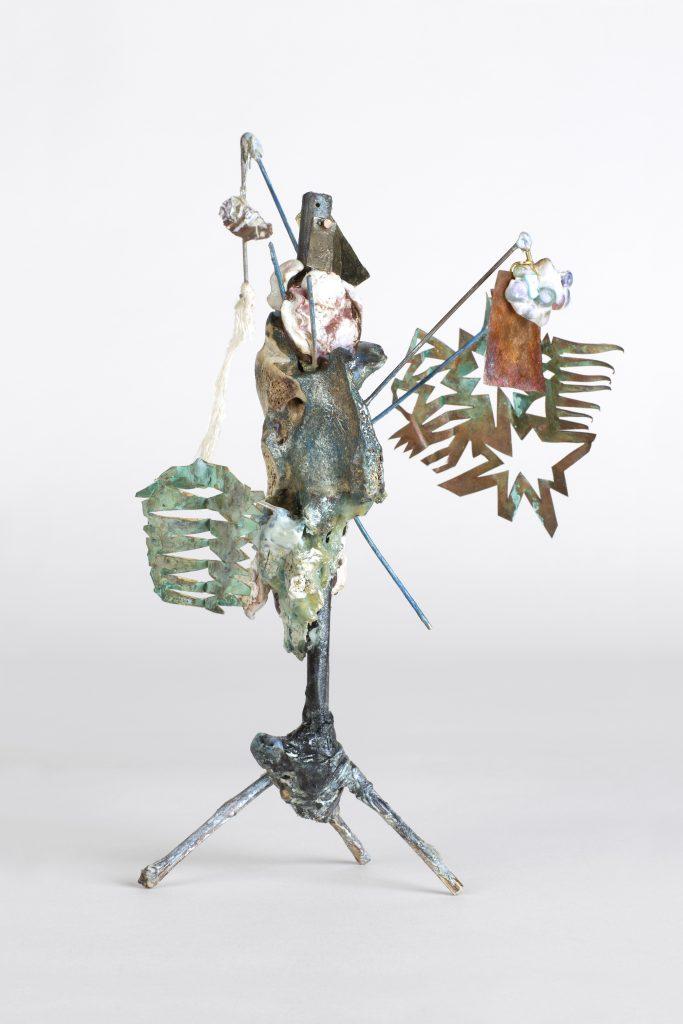 As her gallery turns 15 and ABMB turns 20, Johnson told Artnet News about the cultural evolution of her city over the course of two decades, as well as her game plan for the jam-packed Miami Art Week ahead.

On the Art Basel effect in Miami:

“I remember the first real Art Basel Miami Beach in 2002, and all the hubbub: It grew into this kind of unwieldy event—an art fair that became a party that became a branding opportunity.

“Over the years, there have been a number of self-reflective moments, both for the local arts community and the main stakeholders. Collectors, dealers, and sponsors began thinking about, ‘How do we want to allocate our resources during that week? How do local institutions capitalize on having a global audience here once a year? How can we translate the resources that are poured into our community for one week into yearlong opportunities for the local artists and communities?’ A lot of those questions continue to be addressed in really interesting ways.” 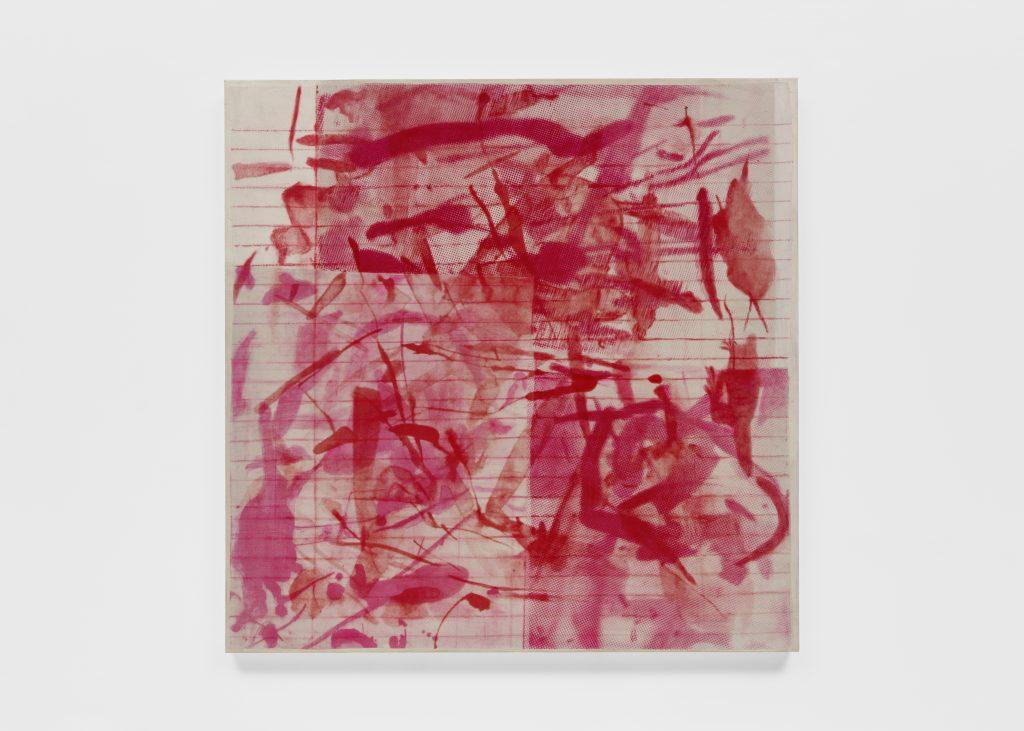 On what’s on her radar at ABMB this year:

“I’m really excited for Rochelle Feinstein’s first solo presentation—Hannah Hoffman and Bridget Donahue are bringing her work to the fair. It’s a combination of historic pieces, as well as new work made specifically for this occasion. She has been so under-appreciated by the market that it feels like a necessary announcement for her to have a substantial presence at the fair, especially on the heels of such a big collaboration, with the six women-led gallerists representing her and exhibiting her work this year.

“I’m also really looking forward to seeing Pippy Houldsworth’s booth—she’ll have new works by Francesca DiMattio. Some of Francesca’s pieces are related to this new terracotta series, which for me is very personal because we commissioned her to make all the tiles for our kitchen, and they’re in a similar style.” 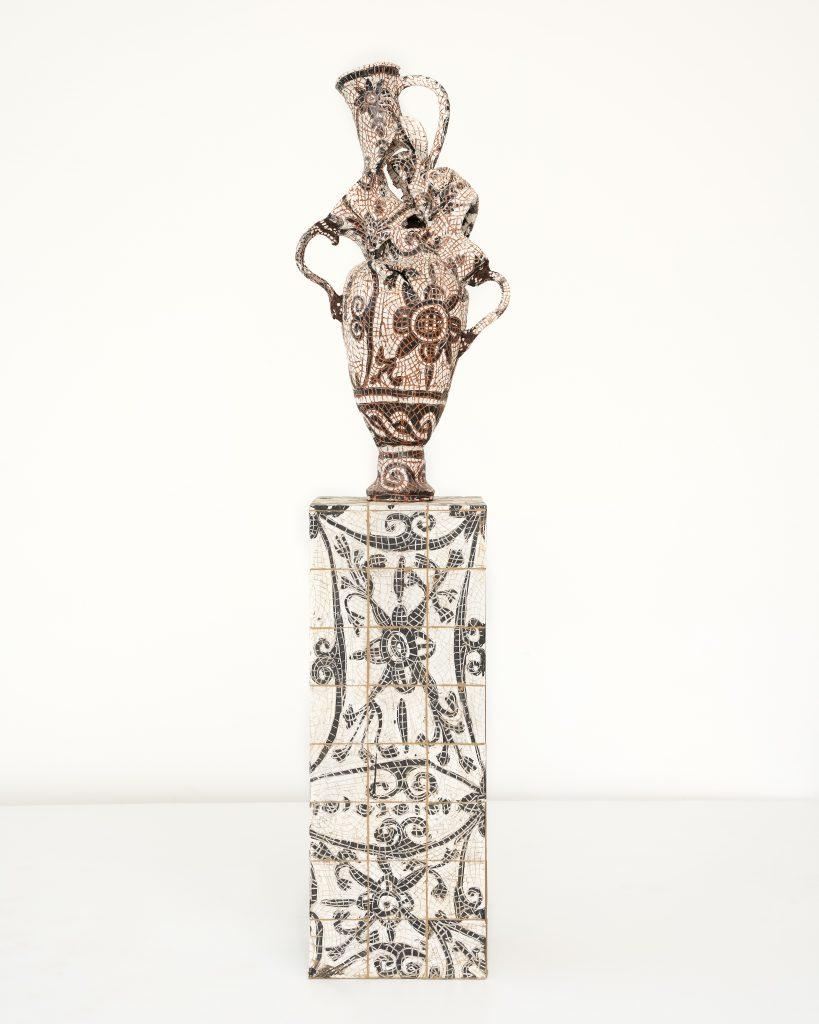 On her favorite satellite fairs:

“I always make time to walk around NADA, say ‘Hi’ to old friends, and introduce myself to new ones. This year the Children’s Museum of the Arts New York is doing a booth where kids can submit a work priced at their discretion. They did something similar at NADA New York, and it was really fun. Both of our kids are submitting work—one is working on a round canvas that looks like it’s inspired by the phases of the moon, and the other one is making these funny figurative drawings of what looks like an androgynous character in a bikini.

“And I love visiting Design Miami. A substantial part of our gallery’s program relates to functional objects. We represent Germane Barnes, who has designed the entry pavilion this year; he’s also doing the Miami Design District Annual Neighborhood Commission. I can’t wait to see Katie Stout at R & Company. And I love visiting with the guys from the Future Perfect—they always have a great program. I love what AGO Projects does, too—they’re based in Mexico City and bring some great designers, like this collective out of Guatemala called Agnes Studio.”

On the local art scene:

“Most of the local galleries have spectacular shows up during Miami Art Week. Katia David Rosenthal, who is a Miami native, runs a space out of her home called KDR305—she’s showing artists that are based here as well as all over the world in this intimate and fun setting. And Primary also has wonderful programs and public-art projects throughout the year.” Among them is the public-art program for Miami Worldcenter, a 27-acre mixed-use development in Downtown Miami, developed in collaboration with Jeffrey Deitch; Nina Chanel Abney completed the project’s first mural earlier this year. 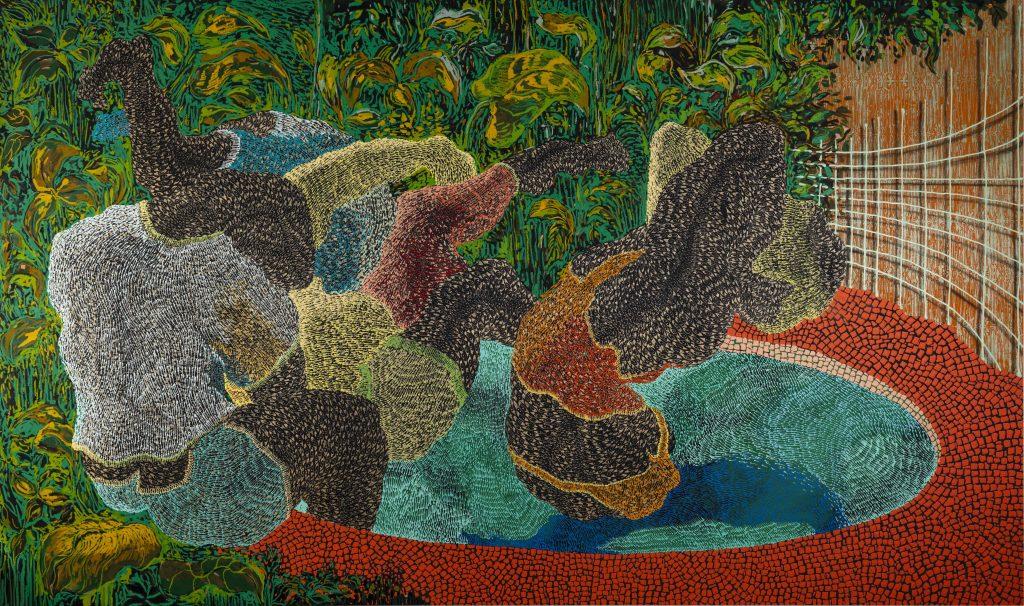 “In terms of museum shows, the retrospective ‘Didier William: Nou Kite Tout Sa Dèyè,’ at MOCA in North Miami (through April 16, 2023) is a wonderful homecoming for the artist—he was raised here. I’m also always really impressed to see what the ICA Miami is doing. This year Judy Chicago is giving a talk there with Nadya Tolokonnikova of Pussy Riot [about the women’s blockchain-enabled art project, ‘What if Women Ruled the World,’ on December 1, 2022].”

On where she likes to eat (and people watch):

“Mandolin Aegean Bistro is a classic and probably mentioned too many times, but also never enough. The team there has opened another great restaurant called the Drexel on Española Way. When I was growing up, this was a special part of Miami Beach—it was very pedestrian-friendly and had artist studios and funky little cafés. As much as Miami Beach has developed into a more corporatized environment, Española Way has held onto its character.”

Next to The Drexel is an Andalusian gin and tapas bar called Tropezón, which makes a Spanish tortilla that Johnson loves. Its team recently opened Esmé, a village-like hotel with Spanish-Mediterranean architecture inspired by the history of Española Way. “If you get back late from the fairs, you can sit on the sidewalk there with a drink from the bar and people watch,” Johnson said. “It’s a really great vibe.” 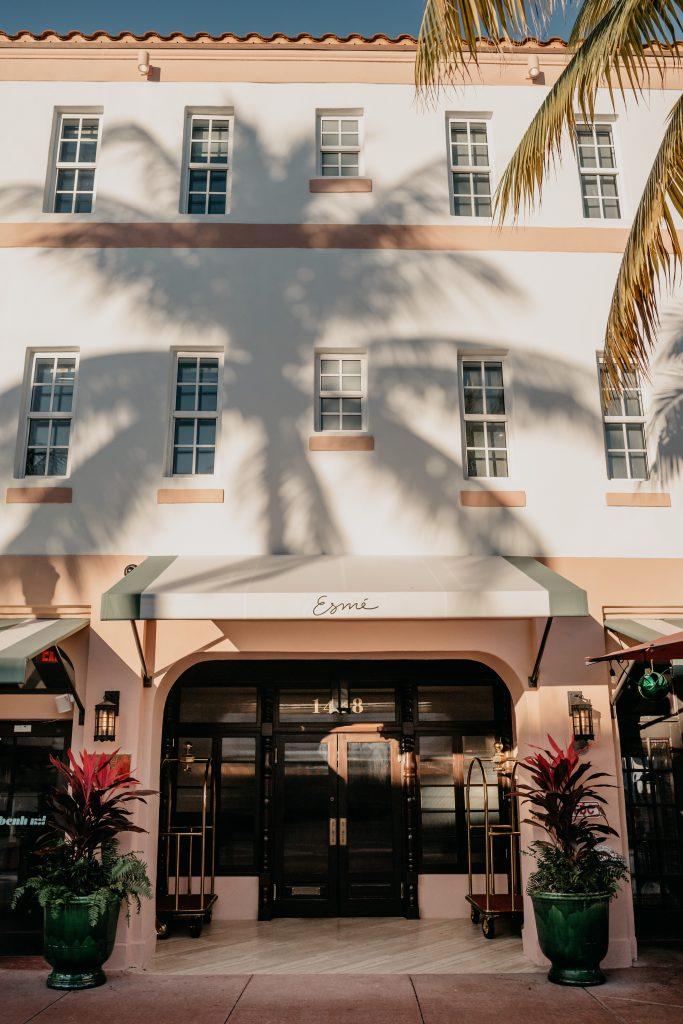 On the gallery’s 15th anniversary:

“Our 15th anniversary celebrations kick off on Monday with an opening reception for the three solo shows at the gallery. Hosting and making sure people feel welcome is really important to me, and on Wednesday I’ll have an intimate dinner in our own home for Rochelle Feinstein and the six dealers that have come together to represent her. The artist Simone Shubuck is designing the cakes for it.

“Then, on Thursday evening we’re hosting cocktails in celebration of design in Miami. It’s an event we do every year with artist and designer Emmett Moore to bring together all of our friends from the collectible design world. This year we’re also hosting with Minjae Kim as well as Charlap Hyman & Herrero, who designed my home and gallery.”

Top tips for the culture secretary, as the UK gets a new prime minister (and yes, you will have to return the Parthenon Marbles)

The Curator of a New Mondrian Show Made a Startling Discovery: Its Star Painting Had Been Hung Upside-Down for 75 Years