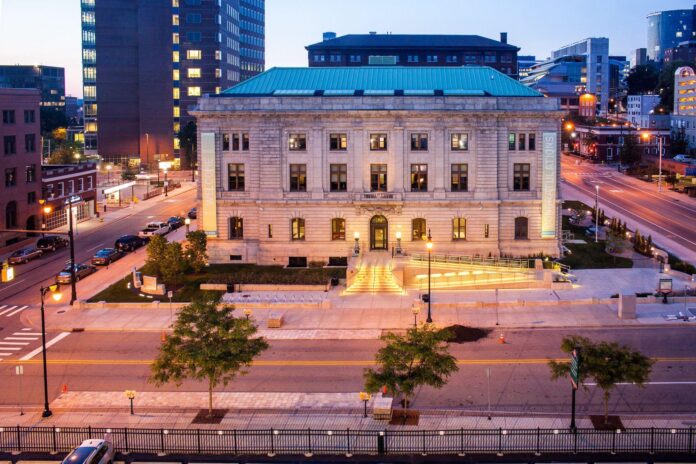 The perennial funding challenges facing regional museums in the US, which were extenuated by the Covid-19 pandemic, have claimed another art institution. The Urban Institute of Contemporary Arts (UICA) in Grand Rapids—which billed itself as the largest contemporary art centre in western Michigan—will shut down early next year, closing its current exhibitions on 11 February 2023 and ceasing operations for good on 3 March 2023.

A statement announcing its closure yesterday (8 December) noted the support of Kendall College of Art and Design and its parent institution, Ferris State University, which merged with the museum in 2013, as well as community donors. “However, the organisation has not been able to overcome the obstacles it faced during the pandemic and was not able to maintain the funding necessary to remain operational or become sustainable,” Kendall College president Tara McCrackin wrote in a statement.

UICA was launched in 1977 by a group of Grand Rapids artists, quickly becoming a focal point for the city’s creative community. Two years later it was displaced when its original home was demolished to make for the parking structure of the Gerald R. Ford Presidential Museum. In the ensuing decades it relocated to various spaces around the Rust Belt city, merging with local non-profit ArtWorks in 2006 and, seven years later, with Kendall College of Art and Design.

At the onset of the pandemic, the museum left its longtime building at 2 Fulton Street West (which Ferris State University sold) and relocated to a building on the Kendall College of Art and Design campus, where it has operated since. Its final round of exhibitions include an installation by the Korean American sculptor Sun Young Kang and solo shows by painter David Heo and the sculptor José Santiago Pérez. Recent exhibitions have included shows by Larry Cook, Jessica Campbell and Kennedy Yanko.

“Although UICA as an organisation may be ending, its innovative spirit and focus on elevating contemporary arts and artists in West Michigan will continue,” McCrackin wrote. Several of UICA’s programmes and initiatives will endure even after the museum closes, with Kendall College of Art and Design taking over organising of the museum’s popular Holiday Artists Market and its long-running partnership with the ArtPrize contemporary art competition (which recently announced its 2023 dates, following massive leadership changes).

While the mass closure of smaller US institutions with razor-thin budget margins that many feared at the onset of the pandemic has largely been averted—often at great expense to staff and contract workers—UICA is not the first museum to close due to the financial duress brought on by Covid-19. Last July, the Museum of Contemporary Art Santa Barbara announced it would close permanently.

A Physicist’s Awe-Inspiring Photo of a Distant Red Star Went Viral on Twitter. Then He Revealed It Was a Slice of Chorizo