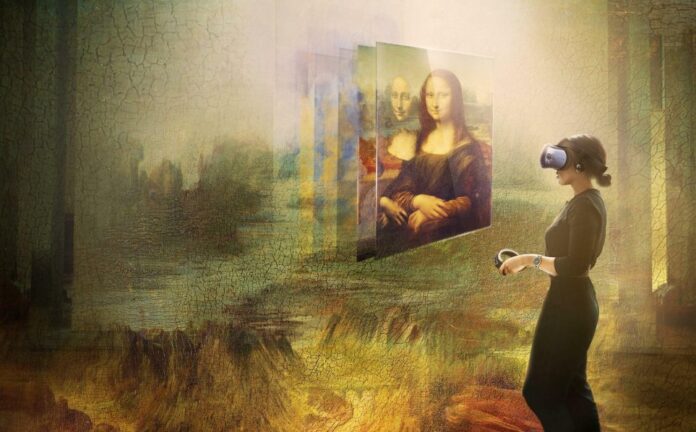 The spectacular Mona Lisa exhibition will captivate art lovers around the world. The first-of-its-kind art exhibition will be similar to other exhibitions of the past, featuring works by artists such as Frida Kahlo, Monet, and Vincent van Gogh. The digital show will be a collaboration between the Louvre and the Grand Palais and will take place at the Palais des Bourses in Marseille, France.

The immersive installation will be called La Joconde and will run from March 10 to August 21, 2022. The exhibition in Grand Palais will feature six themes that reveal the history of the painting and the genius of its creator.

The immersive installation will be unique and viewers will have the opportunity to learn about the painting, its composition, how it inspired other artists, and da Vinci’s technique.

Such immersive exhibitions have recently become very popular among art lovers. The Grand Palais is currently undergoing renovations that will be completed in time for the 2024 Olympic Games in Paris. It will have a permanent location for digital shows.

Similar projects are being developed in Venice and Prague to create digital exhibitions that are relevant to our time, combining creativity and new approaches to art history.

The canvas Mona Lisa was painted sometime between 1503 and 1519. Then, Leonardo was living in Florence and now hangs in the Louvre in Paris, where it has remained an object of pilgrimage into the 21st century.

The sitter’s mysterious smile and her unidentified identity have made the Mona Lisa canvas a source of ongoing investigation and admiration. The controversy as to the identity of the Mona Lisa portrait’s sitter has been going on. Scholars and historians have put forward many interpretations.

Probably, Leonardo da Vinci worked on the Mona Lisa canvas intermittently for several years, adding several layers of thin oil glaze at different times. The French king Francis I, at whose court Leonardo spent the last years of his life, acquired Mona Lisa after the death of the artist, and it became part of the royal collection.

Mona Lisa was kept in French palaces until the rebels declared the royal collection the property of the people during the French Revolution. After hanging in Napoleon’s bedroom, the Mona Lisa was installed in the Louvre at the turn of the 19th century.

In 1911 the Mona Lisa was stolen. This caused an immediate media sensation. People flocked to the Louvre to look at the empty space where the painting once hung. The director of the museum resigned. And the poet Guillaume Apollinaire and the painter Pablo Picasso were even arrested as suspects.

When the police found the portrait, it was hidden in the false bottom of the chest. The chest belonged to Vincenzo Perugia, an Italian immigrant who worked for a while at the Louvre on a selection of glass for a selection of paintings, including the Mona Lisa.

During World War II, the Mona Lisa, recognized as the most endangered work of art in the Louvre, was evacuated to various places in the French countryside. The canvas returned to the museum in 1945 after peace was declared.

The influence of the Mona Lisa during the Renaissance and beyond was enormous, revolutionizing modern portraiture. The three-quarter pose not only became the standard, but Leonardo’s preliminary drawings encouraged other artists to make more and looser sketches for their paintings and encouraged connoisseurs to collect these drawings.