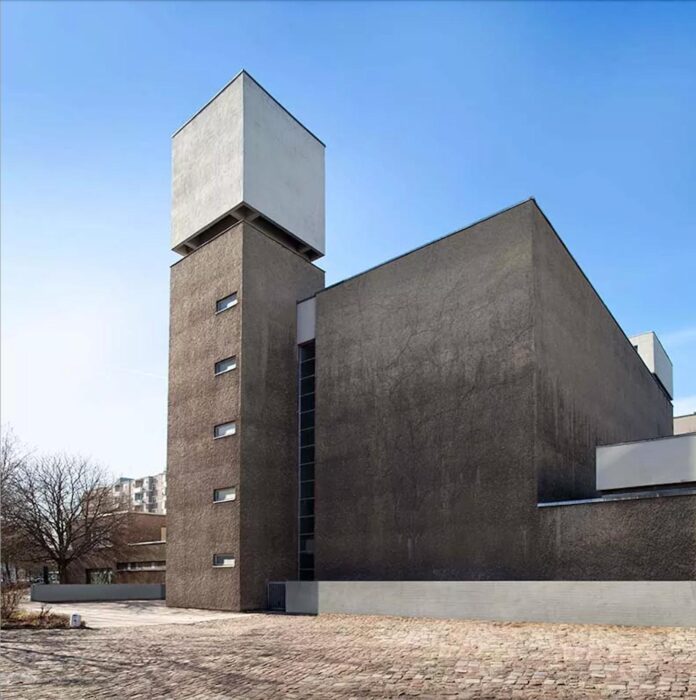 The commercial gallery König announced earlier this month that it no longer represents the Berlin-based Italian artist Monica Bonvicini. In late October she “paused” her relationship with the gallery until the allegations of sexual misconduct made against its founder Johann König—first published by German newspaper Die Zeit in August—are “resolved,” a spokeswoman for Bonvicini said in a statement.

Less than two weeks after this announcement, the gallery said via Instagram, in a now-deleted post seen by The Art Newspaper, that it would drop representation of Bonvicini altogether to “protect” her against an ensuing media storm. Her decision to not fully sever ties with König had been met with criticism online from a number of Berlin art world figures. On 10 November, an anonymous group called Soup du Jour released a public letter, addressed to Bonvicini, titled “Better Excruciatingly Late Than Never”. It criticises, among other things, the perceived dissonance between Bonvicini’s feminist practice and her seeming unwillingness to fully separate from the gallery.

A legal representative for Johann König, one of Germany’s most prominent dealers, denies all allegations made against his client. Last month a Hamburg regional court ordered Die Zeit to redact a number of incriminating sentences from its report. The newspaper republished an altered version of its original article on 25 October.

Last month Bonvicini signed to Tanya Bonakdar, which will now represent her in North America. She declined to comment as to whether this move is connected to her departure from König. The artist also continues to be represented by Peter Kilchmann in Zurich, Krinzinger in Vienna and Raffaella Cortese in Milan.

Bonvicini is the subject of a major solo exhibition at the Neue Nationalgalerie in Berlin, which opens later this week. A representative for König told ArtNews that the gallery has not supported this exhibition. Editions of Bonvicini’s work have now been removed from the gallery’s gift shop in its vast Berlin flagship space.

But while Bonvicini is the only artist to officially link her departure from the gallery to allegations made against Johann König, she is not the only one to have left. Recently, a number of the gallery’s artists have also disappeared off its roster in a less public fashion. In the past 48 hours, the Berlin-based Scandinavian artist duo Elmgreen & Dragset were quietly removed from the artist roster on the gallery’s website. They have not responded to a request for comment by time of publication.

And earlier this week, the name of the German painter-sculptor Katharina Grosse was also removed from the gallery’s website. Grosse could not be reached for comment despite sustained efforts to contact her via her studio and gallery Gagosian.

Other artists have also left the gallery in recent months, some even before the allegations were published by Die Zeit. They include Camille Henrot, who represented France at the 2013 Venice Biennale, and the London-based Amalia Pica. Henrot and Pica were contacted by The Art Newspaper through their commercial galleries (Hauser & Wirth and Herald Street, respectively) and both confirmed they were no longer represented by König. Neither chose to make further comments as to their reasons for leaving the gallery.

Meanwhile the Turner-Prize winning sculptor Helen Marten has also left the gallery’s roster, as has the Brooklyn-based painter Trey Abdella. Neither Marten nor Abdella could be reached for comment by The Art Newspaper.

A spokesperson for König gallery, asked about the reasons behind these departures, says: “The gallery does not comment on artists leaving and never [has] in its 20-year history.”

Meanwhile, the Berlin-based clothing brand Souvenir Official made a public statement earlier this month on Instagram distancing itself from both Johann König and König gallery. It asserts in an Instagram post that a short lived collaboration between them in May 2017 came to an end due to what it terms “personal and business conflicts”, including “the misalignment of values and transgressive behaviour”.

A representative for König gallery says: “The allegations by Souvenir Official are not correct. Given the long timeframe it is obviously surprising that we are confronted with them now and only publicly via Instagram.”