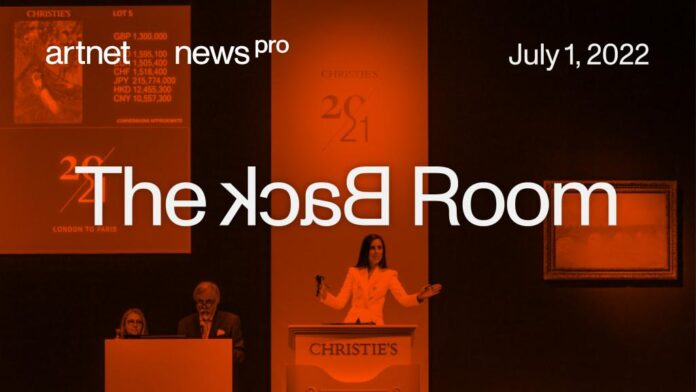 This week in the Back Room: London’s eye-of-the-beholder auctions, Aboudia’s serious fanbase, crypto art’s next rising star, and much more—all in a 7-minute read (1,845 words).

Soldiering on, or Falling Back? 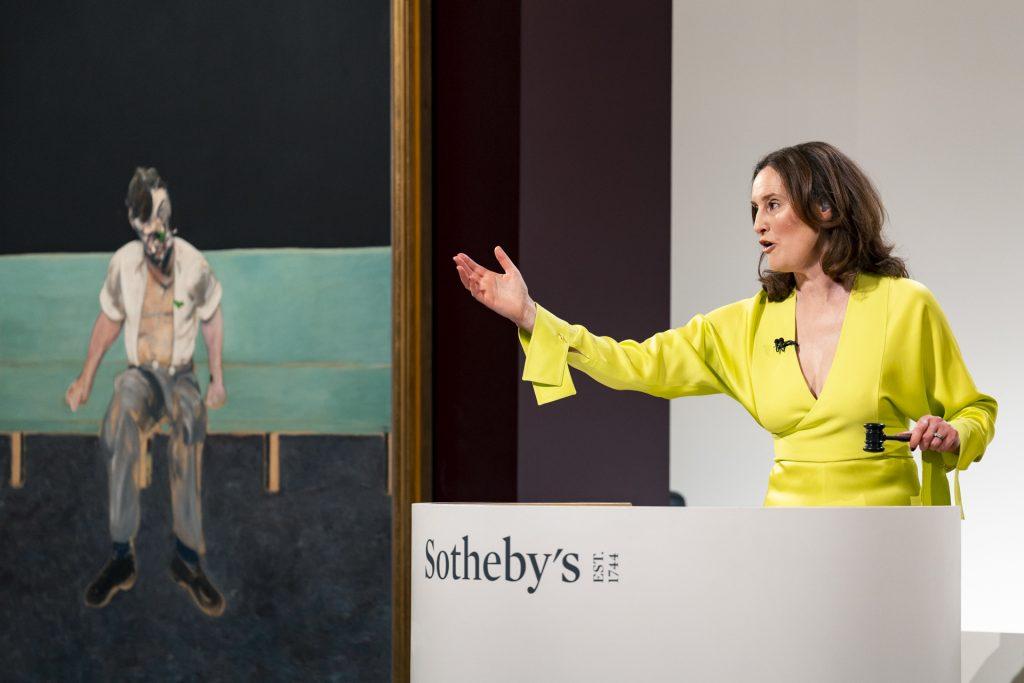 Francis Bacon’s £43.3 million portrait of Lucian Freud, the most expensive contemporary painting sold in London since 2014. Photo by Haydon Perrior, courtesy of Sotheby’s

Amid growing fears of a macroeconomic correction (or worse), this week’s London auctions became the latest brake check for a global art market on a yearslong joy ride.

So did Christie’s, Sotheby’s, and Phillips’s marquee evening sales suggest that a slowdown is already underway? Or has the narrative started twisting the facts?

Below are three big takeaways from the Big Three’s nocturnal sales slate. Together, they paint a more complex picture than the boom-and-bust visions being passed around lately. (Reminder: final prices include buyer’s premium unless noted; presale estimates do not.)

1. Overall Sales Totals Were No Cause for Panic.

Christie’s performance, however, was rock solid (though not spectacular) across its tripartite evening event…

2. Trophy Works by Canonical Artists Were Sturdy But Not Foolproof.

The leading lots in this week’s evening sales were all by classic names. Each sold near or north of its presale high estimate…

Yet similarly hallowed painters were behind the slate’s costliest buy-ins, too, including…

Modern and postwar masters weren’t the only ones to provoke uneven results, though…

3. Some Young Stars Were Moving in Opposite Directions.

Of the artists aged 40 or younger whose works sold at auction for more than $1.5 million last month, three landed far short of that territory in London (yet still beat their high estimates after fees)…

On the other hand, an even larger number of young artists matched or surpassed their outsize sales from earlier auctions this year, with each going for at least 4X their high estimate in the process…

No marquee auction, or even marquee auction cycle, should ever be viewed in a vacuum. The results of this week’s London sales  be framed as evidence of the market correction so many around the trade are bracing for. But they also seem perfectly respectable given these auctions’ position at the end of an unprecedented market onslaught.

And yet after all that activity, the Big Three houses still managed to sell more than £370 million ($451 million) worth of art across three nights in London. Maybe the less-than-explosive results really do signal the start of a rebuilding phase in the market. Or maybe they were just the last exhausted flurry before buyers and sellers alike reload for the fall. 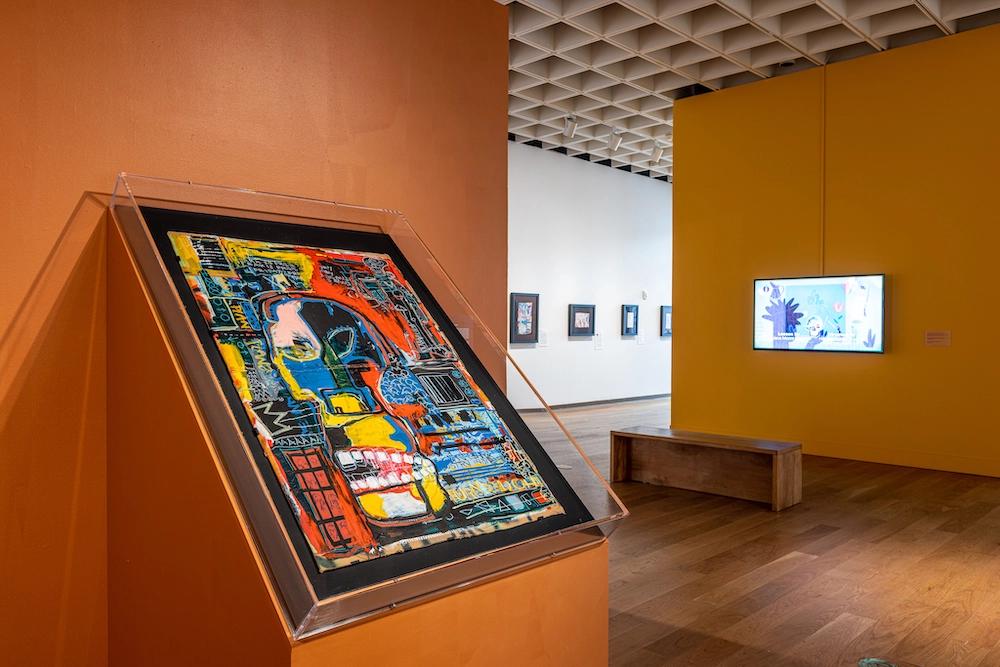 Installation view of the “Heroes & Monsters: Jean-Michel Basquiat, The Thaddeus Mumford, Jr. Venice Collection” at the Orlando Museum of Art, 2022. Courtesy of the OMA.

In this week’s forthcoming Wet Paint, it turns out the embattled Orlando Museum of Art may have planned to exhibit a disputed Jackson Pollock, too, and Annie Lennox‘s daughter gets top-flight gallery representation. 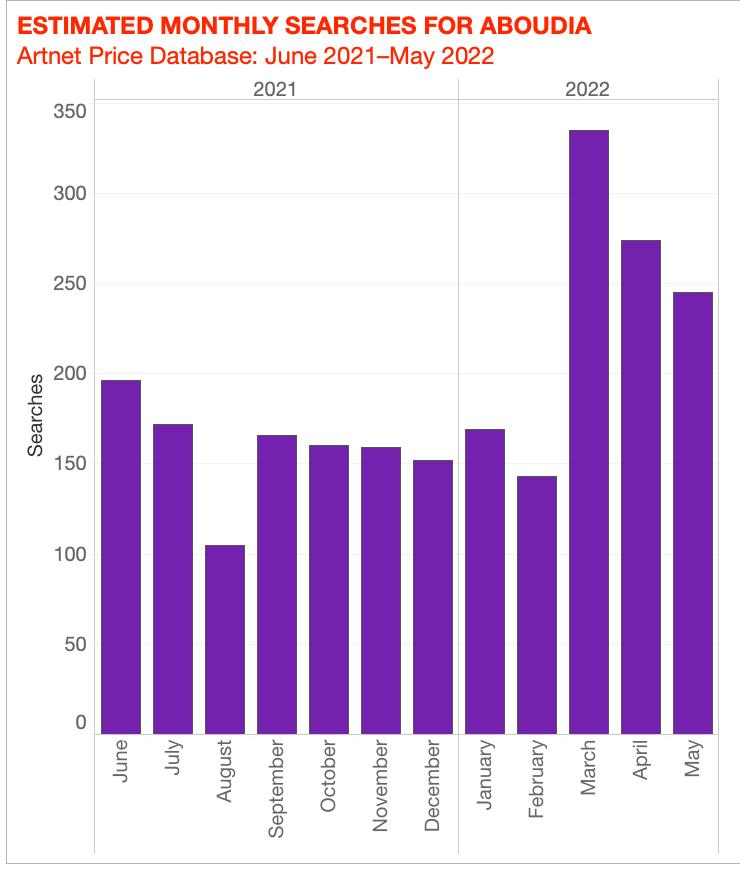 Ivorian-American artist Abdoulaye Diarrassouba—better known as Aboudia—has been generating some of the most consistent demand among the young talents boiling up at auction lately. Will the intense interest in his work translate to a sustainable market?

Click through below for an overview of the artist’s unlikely rise to prominence and the questions looming over his next moves. 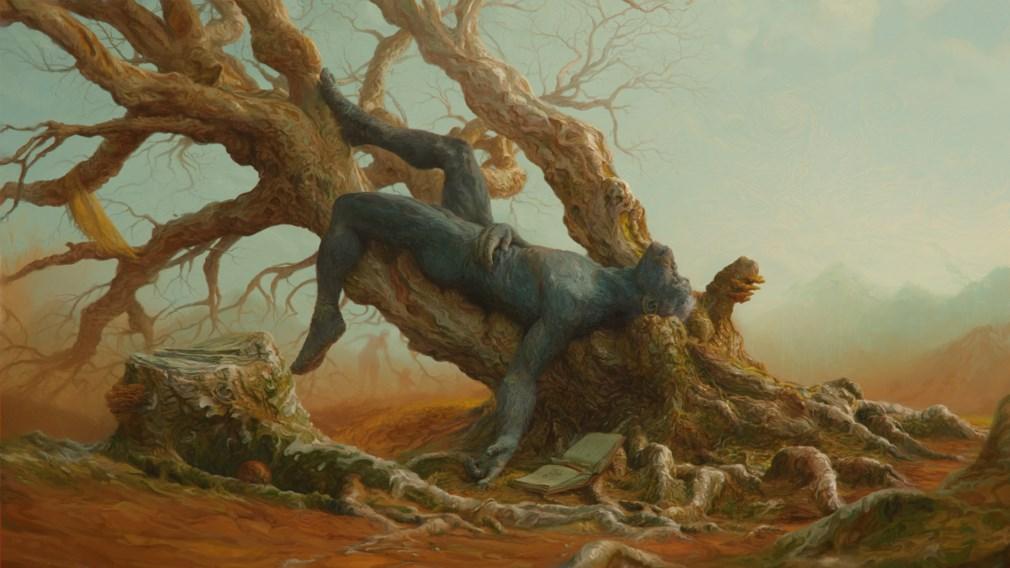 Christie’s NFT auction to benefit MAPS (the Multidisciplinary Association for Psychedelic Studies) featured some of the biggest names in crypto art, including Beeple, Mad Dog Jones, and Refik Anadol. But the house led the sale with this work by New York-based Sam Spratt instead, and it turned out to be a prescient choice.

Spratt’s freshly minted went for more than double its high estimate after premium to sell for $252,000. That price tied with Beeple for the event’s loftiest. Together, the two works accounted for nearly one-third of the auction’s $1.6 million in aggregate sales (which beat the house’s top collective expectation by about $140,000).

The results underscore that Spratt, a classically trained artist who now uses software to replicate the old sorcery of oils on canvas, may be the next talent to watch at the nexus of traditional art and NFTs. Act accordingly.