Home News Mr. Brainwash, Made Famous in the Banksy Documentary, Opens His Own Art... 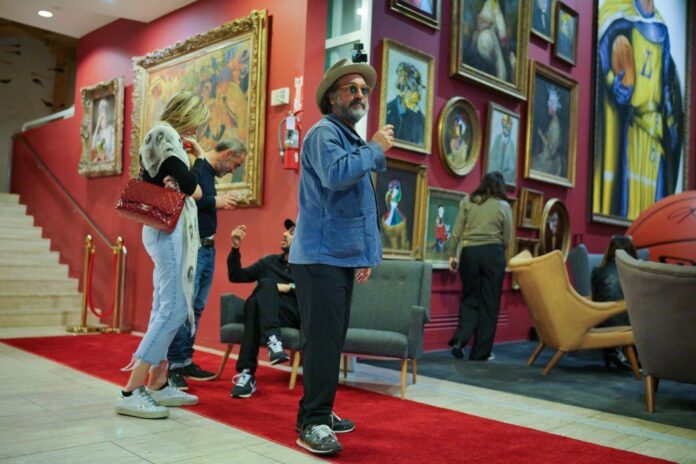 Frida Kahlo and Vincent Van Gogh dine with Superman in Edward Hopper’s in one of countless paintings at the Mr. Brainwash Art Museum, which opens December 18 at the former Paley Center for Media in Beverly Hills (465 N. Beverly Drive). The museum is at least two years in the making for the contemporary artist and cultural character, who’s counted celebrity collectors since appearing in the Banksy documentary . At his institution, however, visitors through it.

Thierry Guetta, known to the art world as Mr. Brainwash, first announced plans for a museum in February 2020. “It’s been a long time,” he told Artnet News on a virtual tour today. “I’ve been trapped.”

“It’s not bad to be trapped,” Guetta continued. “You start to work, do something more and more different, pushing yourself to another level.” His art got bigger. “Even myself, I’m surprised.”

It took Guetta seven months starting in 2019 to convince the owners to let him rent the three-story building designed by Pritzker Prize-winning architect Richard Meier before it’s demolished next year. “It’s something artistic,” Guetta pleaded. Eventually they said yes.

Delays started with the pandemic, a month later. “It’s now or never, that’s what it is now,” he said today. Guetta has been setting works aside from his prolific studio, which produces paintings and sculptures, for thirteen years now. Works in the Mr. Brainwash Art Museum span 1990 to the present, with newer pieces to come. The museum’s website says its hours are 11 a.m. to 5 p.m. Wednesday through Sunday, but Guetta said they’ll stay open some nights past midnight. 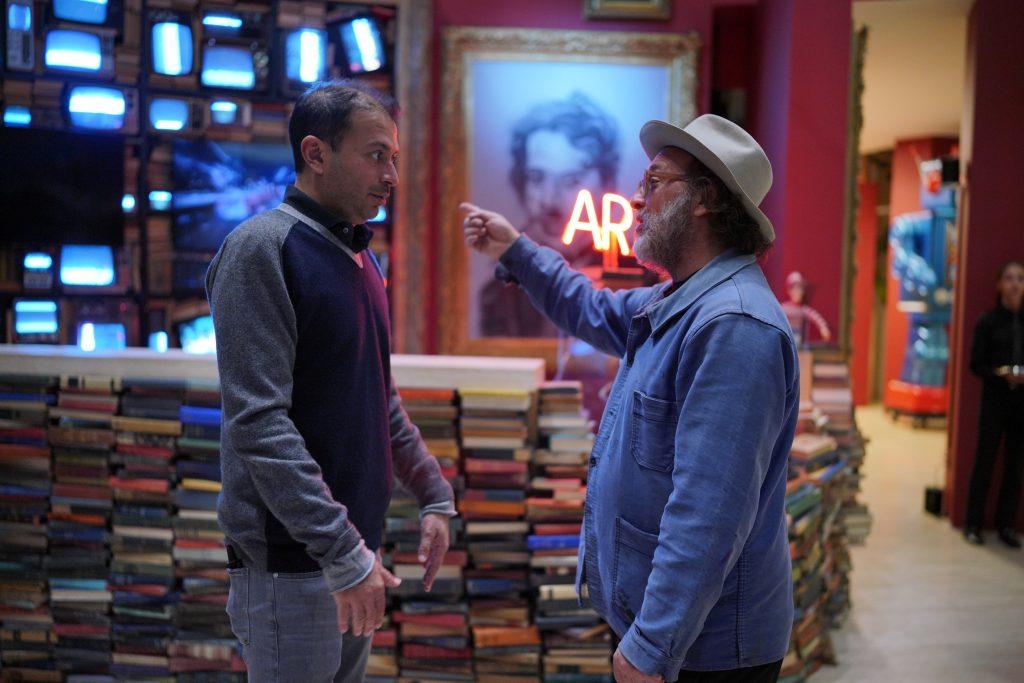 As of now, visitors entering the glass building’s curved facade first encounter towering terraces of all three stories, walls painted deep red, and an understated introduction to the artist himself—a masked Mona Lisa, framed, alongside one paragraph of wall text, perhaps the only in the museum. It’s an experience, rife with details but resisting study.

The first floor also hosts a replica of Van Gogh’s Bedroom In Arles, where the pillows have a painterly texture that people can touch. Even the museum’s more traditional sections—dense arrangements of paintings reproduced with classic Mr. Brainwash flourishes like cartoon characters and anti-capitalist puns—feature armchairs to enjoy the view. A Star Wars room follows, with full-scale Storm Troopers, a light box centered around a Sith, and X-Wings glowing under blacklights.

Three sculptural replicas of luxury cars suspended from the museum’s exterior are visible through the flat glass facade along the stairwell. L.A.’s Petersen Automotive Museum has acquired the orange 1973 Porsche 911 that Mr. Brainwash sculpted as a matchbook car. The second floor presents metal sculptures of the origami he loved as a kid, an New York City subway room, and a funhouse hallway lined with distorted mirrors and colorful lights. 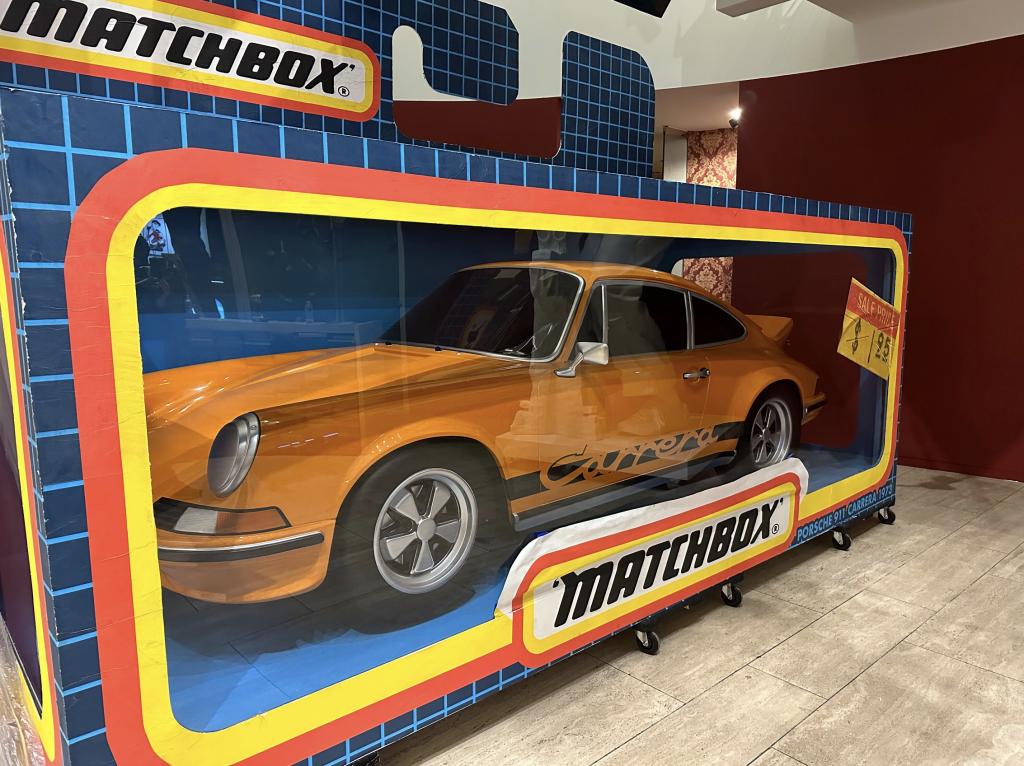 Photography is prohibited except for the third floor’s open roof, which features full sets of Abbey Road, a Banksy tribute, and mural self-portrait of Mr. Brainwash with a camera—his origins. “This show is a bit more personal,” he noted. “It’s Thierry by Mr. Brainwash.” The pool and projection room will come later.

The Mr. Brainwash museum will only show works by its namesake, but he’ll showcase other artists at a warehouse next door. The museum will screen unseen Banksy footage in a theater where Lisa and Homer Simpson are semi-permanent audience members.

The museum soft launched last week with an intimate toast, but the first public day opens this weekend. The VIP party will be much later, Guetta reckoned, likely tied to another star-studded affair like the Grammys. “It will be a museum that is alive,” he said.

After the building’s razed, the museum will travel, maybe to New York City and Miami. This California edition has portraits of local legends like Tupac Shakur and Steve Jobs at a looming scale. Every work in the museum is an original, he said.

“This is the first show of the new beginning of my next 10 years,” Guetta said. “This museum is the beginning.”

Art Industry News: A British TV Show Will Vote on Whether to Destroy a Picasso Vase on Air + Other Stories