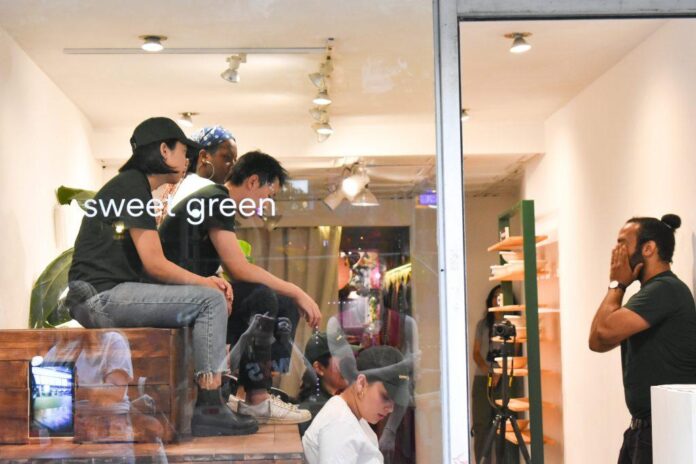 For two weeks in July, the conceptual artist Alexander Si’s replica of a Sweetgreen salad restaurant in Manhattan’s Chinatown agitated just about everyone. It was so realistic that some visitors got mad when they learned there were no salads to be had. It also instigated a community-wide text thread where area residents considered protesting what they mistook for the arrival of a gentrifying chain restaurant in their neighborhood.

Si, who was raised in China and is now based in New York, painstakingly hand-crafted the installation, titled “Sweet Green,” at the the gallery Chinatown Soup after spending hours sitting in different Sweetgreens and studying their environments.

He noticed the clientele’s quandary, working hard to afford the Sweetgreen lifestyle yet reading their emails rather than savoring their salads. He likened the fast salad trend to adult baby food. “Everything is chopped, made ready for you,” Si said. “You just swallow and you do more work.”

In a statement, critic Sophia Ma writes that Si’s mock restaurant “not only replicates the environment, but also subtly examines the people inhabiting the space. The project questions the ‘who’ on all levels of the operation and how each is affected.” 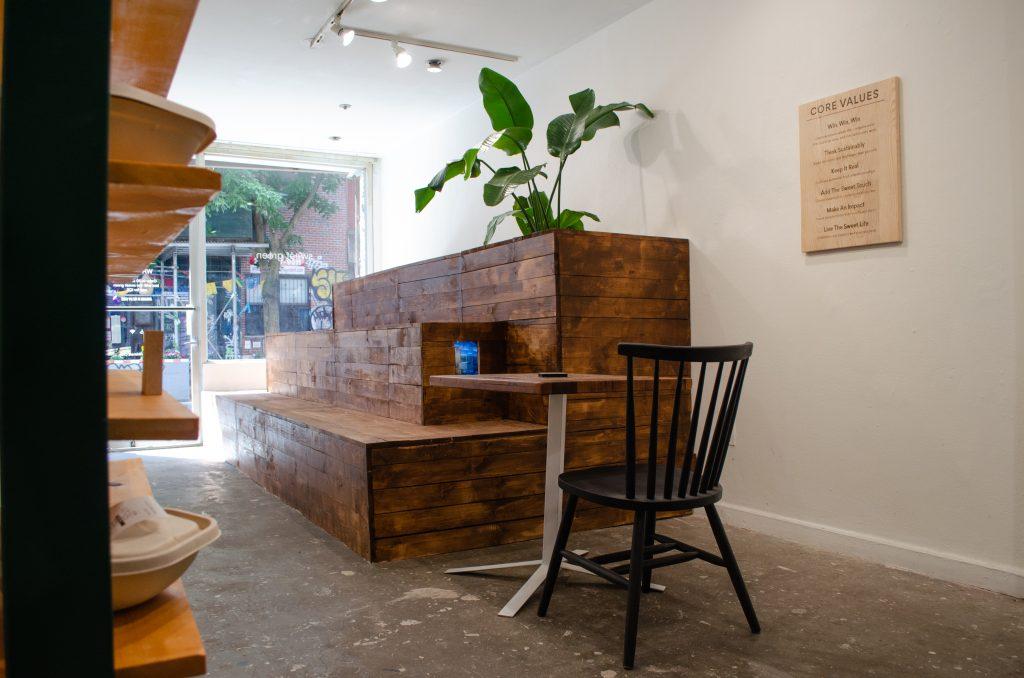 He avoided copyright infringement by inserting a space into “Sweet Green” and keeping the sign outside simple. “SG can mean Selena Gomez,” he pointed out. (Still, it spooked Si when Sweetgreen co-founder Nicolas Jammet started following him on Instagram.)

Of all the luxury fast-food restaurants Si could’ve called out, he chose Sweetgreen over Dig Inn or Chop’t due to the company’s masterful grasp on brand identity.

“It represents this epitome of New York,” Si told Artnet News. “It was aspirational.”

Si, who grew up in Wuhan, moved to Toronto in high school. He regularly braved the 12-hour Greyhound bus ride to the Big Apple, where, alone in the city, he often found himself at Sweetgreen.

“It all is biographical,” he said. “The more I blend in here, the deeper I go into my own immigration process in this country, the more I reflect upon social topics.”

Si drafted and hand-built every element in the show: the “SG” sign out front, the pickup shelves stocked with faux orders, staining the wood to match the official decor. He secured a grant to compensate performers who activated the space on its opening with a reinterpretation of the restaurant’s daily “Sweet Talk” ritual, in which managers deliver motivational speeches to employees who earn around minimum wage.

In Si’s iteration, one performer playing manager led cohorts in a call-and-response chant of the company’s name until their voices literally wore out.

Si cast people of color to accurately represent the company’s workforce. But there was one difference: “I wanted to pay them really well for their work,” he said. “That’s how you end the cycle of abuse.” 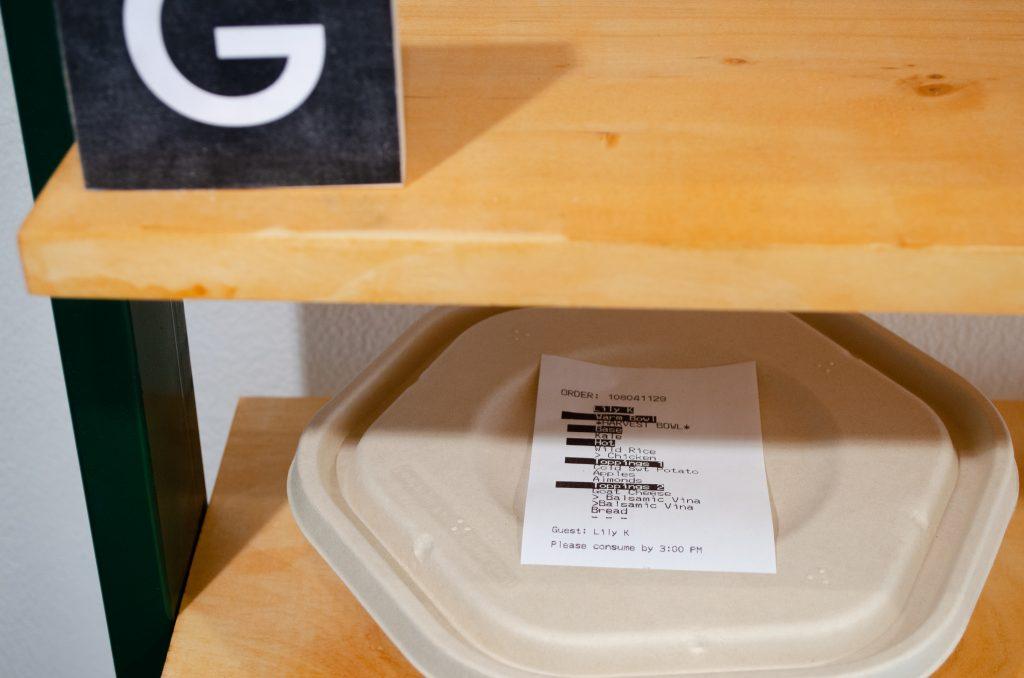 Every piece of the shop was available for purchase, but nothing sold. The most attention it got was from the would-be protesters. “No one was actually trying to engage in an art perspective,” Si said. “I’m not saying that’s a bad thing.”

“I am just glad that gentrification, this word, is being talked about,” Si said. He considered “Sweet Green” like a test of the emergency broadcast system.

“That’s how Williamsburg became Williamsburg,” Si said. “Warby Parker, Blue Bottle, they move in and [a space] becomes commercialized indie instead of a raw artist gathering space. Having this alarm clock ringing a little bit before they actually come, and sparking that conversation, is what taught me the most. I feel like that’s what made it worth doing.”

For his next project, Si plans to look at an even bigger corporate entity: Amazon. Next year at Spaces gallery in Cleveland, Si will present an installation inspired by Amazon fulfillment centers.

“During the pandemic, when I received these Amazon boxes, I wondered, ‘Who made these?’” he said. “It feels like there’s no human hand that even touched it, it just magically appeared on my front door. These companies are so good at removing any traces of hand.”

Si hopes to continue bringing the art of branding back into balance with the human beings who produce it, and buy it.