Home News Museum Staffs Are Starting to Diversify, Particularly Among Leadership Roles, According to... 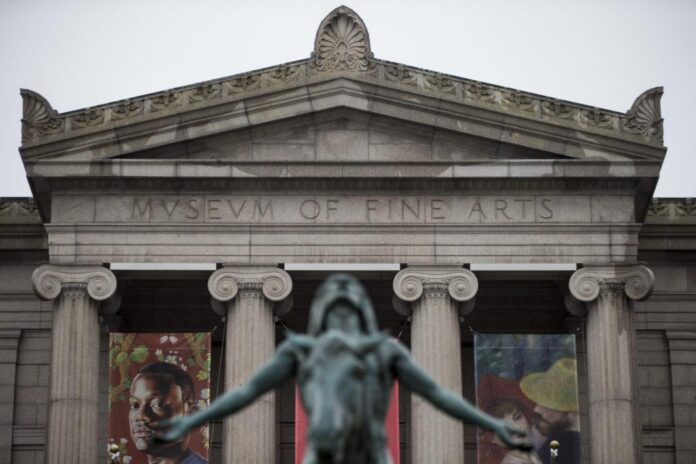 That’s the central takeaway from the third edition of the Mellon Foundation’s “Art Museum Staff Demographic Survey,” released today in collaboration with the American Alliance of Museums and the Association of Art Museum Directors.

Since 2015, when the study was first published, the average proportion of people of color (POC) employed by arts institutions has increased from 27 to 36 percent. That’s a positive, though not overwhelming, trend, the reports point out, noting that some of the most diverse departments in museums—including education, facilities, and security—were among the most impacted by pandemic layoffs and closures.

Indeed, that is perhaps the most encouraging revelation of the study: that despite the pandemic, institutional diversity, equity, accessibility, and inclusion (DEAI) efforts have continued to expand in the field—and the numbers are moving in the right direction because of it.

“Though progress remains slow and uneven, the demographics of museum employees across the country are becoming more reflective of the diverse communities their organizations serve,” Mellon Foundation president Elizabeth Alexander said in a statement.

Do staffs at American art museums actually look like America?

It’s complicated, shows the third and most recent cycle of the Art Museum Staff Demographic Survey, conducted with @AAMers, @MuseumDirectors, and @IthakaSR.

Conducted between this past February and April, the report includes responses from 328 North American museums—a group that represents some 30,000 individual employees.

At those institutions, the demographic changes are bolstered primarily by percentage increases in staffers who identify as Hispanic, Asian, and mixed race. Notably, the overall representation of Black, American Indian, and Native Hawaiian or Pacific Islander staff has not changed since 2018, when the last Mellon survey was published.

Executive roles have similarly grown increasingly diverse since the last report. The survey found that, in that four-year cycle, POC representation jumped seven percentage points in “intellectual leadership” positions, including directors, curators, and conservators. Trends suggest that number could grow significantly by the next study, too: 42 percent of employees in this category who have been hired since 2021 identify as POC.

Gender was also a focal point of the demographic survey. Interestingly, gender ratios among museum staffs have remained constant—60 percent female, 40 percent male—since 2015. However, the representation of female employees in museum leadership has increased from 58 percent in 2015 to 66 percent in 2022.

In the wake of the pandemic, art museums are facing changes to staffing, leadership, and more.

We’re proud to share two new reports that illuminate the changing demographics of art museum staff and the experiences of Black trustees on boards in 2022.https://t.co/FQFQPlcjWh pic.twitter.com/axNdZ94lVt

A separate study looking at the role of Black trustees in art museums was published alongside the Mellon Foundation’s own today.

The survey, which was sponsored by the Black Trustee Alliance for Art Museums and compiled from responses from 900 staff members at 134 North American art institutions, found that, on average, Black trustees are younger, more likely to hold PhDs and professional degrees, and less likely to come from intergenerational wealth, than white board members. There were 168 Black trustees at the museums compared to 635 white trustees.