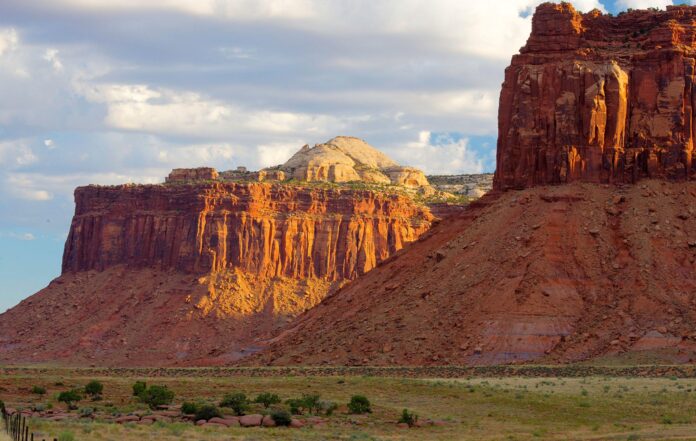 The state of Utah has followed through on its plan to sue US president Joseph R. Biden’s administration over its restoration of the Bears Ears and Grand Staircase-Escalante National Monuments, a two-million acre region in southeastern Utah that contains more than 100,000 known archaeological sites.

The region was granted federal protection by then-president Barack Obama in 2016 following decades of activism by environmentalists, archaeologists, Indigenous tribes and outdoors companies like Patagonia.

The protected area was reduced to around 230,000 acres under Donald Trump’s administration, which opened the rest of the region to private development. The Biden administration overturned that decision last year, and earlier this year five Indigenous tribes were assigned to collaboratively manage the monuments.

The state’s Republican leaders, who want to the open the site to uranium mining and other resource extraction, allege that Biden’s invocation of the Antiquities Act—a 1906 statute allowing presidents to designate federal lands as protected monuments for cultural, historic or scientific purposes—goes against the interests of state, local and tribal governments.

In a recent statement, the Utah attorney general Sean Reyes argues that “these public lands and sacred sites are a stewardship that none of us take lightly [and] the archaeological, paleontological, religious, recreational and geologic values need to be harmonised and protected”, but that Biden’s “unlawful designations place them all at greater risk”.

Reyes says that the vast size of the monuments will draw unmanageable visitation levels, and adds that the Antiquities Act limits presidents from creating monuments to the “smallest area compatible with proper care and management of the objects to be protected”, and that the state will “challenge this repeated, abusive federal overreach to ensure that our public lands are adequately protected and that smart stewardship remains with the people closest to the land”.

Some points of interest in the region include the Lime Ridge Clovis Site, where prehistoric Paleoamerican tools dating back 13,000 years have been discovered; Comb Ridge, which contains strikingly well-preserved cliff dwellings; and the Perfect Kiva, an immaculate Anasazi ceremonial chamber carved into a red rock canyon. There are also various petroglyphs and pictograph panels throughout the area.