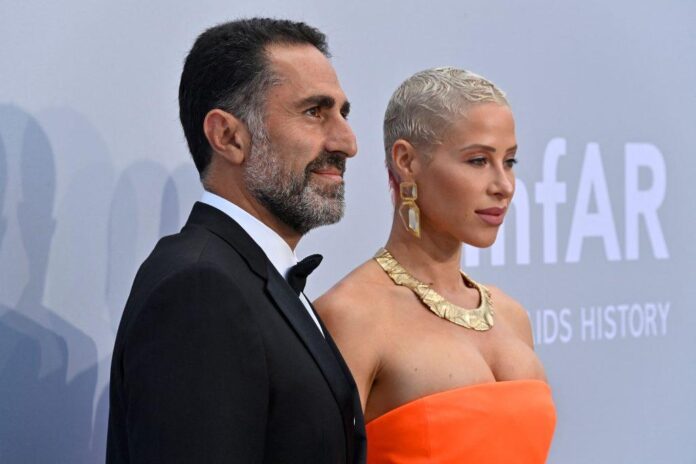 A manager of several hot emerging artists, he was running around town checking on their existing projects and laying the groundwork for future exhibitions, collaborations, and residencies.

One moment, he could be seen chatting with collectors Don and Mera Rubell at their private museum next to a monumental sculpture by his client Kennedy Yanko. The next, he was at a rooftop BMW event featuring another Yanko sculpture and hip-hop legend Nas. As he made the rounds, Shariat introduced people to Alexandre Diop, a 26-year-old Franco-Senegalese artist he had linked up with Roberts Projects in Los Angeles, Salon 94 in New York, and the Rubells.

Shariat, a former financier who’s been collecting emerging art for more than two decades, is part of a growing field. More artists are seeking managers and advisers to help navigate the pitfalls and opportunities of what’s become a global business, whose tentacles are reaching beyond gallery walls into film, publishing, music, and fashion.

These new opportunities may not be on the menu their galleries are willing or able to serve. A mega-gallery might represent 100 artists, all with vastly different needs. Some mid-size galleries have 30 to 50 artists on their roster, each seeking maximum commercial, curatorial, and personal attention.

“They would have to hire an insane amount of staff just to keep every single artist happy,” Shariat said. “It would be unsustainable.” 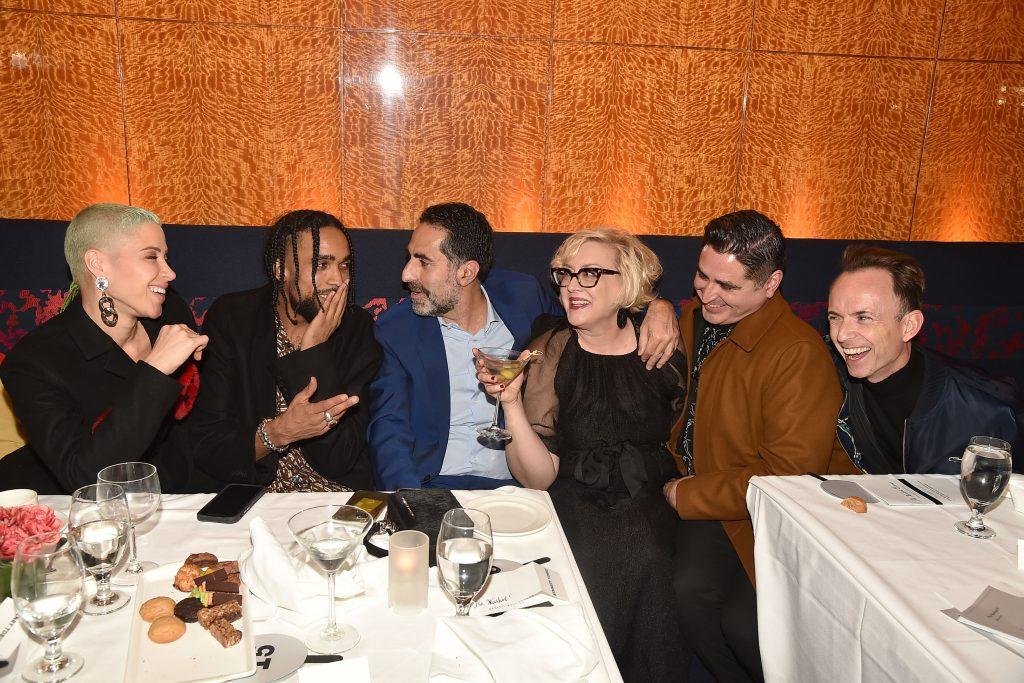 The professional needs of some visual artists are now more akin to those of musicians and actors, who have agents and managers. The specifics of the role of an advisor or manager varies from artist to artist, but it’s usually rooted in personal relationships and involves a mix of gate-keeping and door-opening.

These are advocates who can expand artists’ networks and find both commercial and curatorial opportunities beyond galleries. They offer support on everything from studio relocation to large-scale commissions to legacy building.

“We speak every day,” Shariat said of the eight artists he manages. He has found them galleries, studios, and apartments, secured several prestigious artist residencies at the Rubell Museum, advanced payments, negotiated contracts, placed works with museums, and donated them to charity auctions.

While artist managers aren’t exactly new—Fred Hughes was Andy Warhol’s business manager for more than 25 years, Damien Hirst credited much of his success to his late manager Frank Dunphy—the field is getting more crowded.

“The career choices for artists have become really vast,” said Amy Cappellazzo, co-founder of Art Intelligence Global, which offers advice to artists on subjects ranging from branding opportunities to exhibitions. “There’s a lot more to think about and manage.”

Private art dealer Andrea Crane has worked with Cecily Brown since 2013, after she left Gagosian. Andrea Glimcher is a manager of artists including Pat Steir and Will Ryman. Allan Schwartzman advises artists and estates, including the Rauschenberg Foundation. Over in Hollywood, UTA Fine Arts, a division of the United Talent Agency, is adding a second location early next year. Creative Artists Agency is beefing up its ranks of visual artists, too.

“This is the biggest area of growth for my business,” said Schwartzman, who advises seven artist estates, six mature artists, and six emerging artists. “As the market has grown, some of the biggest galleries have become necessarily more focused on transactional activity than on issues such as legacy planning.”

Cecily Brown, The Triumph of the Vanities II (2018). Courtesy of the Brooklyn Museum.

Managers were largely mum about how they are paid. Some who work with emerging artists, like Shariat, get art in lieu of cash. Those who represent more mature artists more often negotiate a regular fee.

“The artists in general are looking for more autonomy and independence,” Crane said. “Having your own team, the person who stands next to you, is always helpful.” The role is complementary to galleries that work with the artist, including, in the case of Brown, Paula Cooper in Chelsea. Crane’s focus is museum acquisitions; she helped facilitate the donation of a monumental painting from Barbara and John Vogelstein to the Brooklyn Museum in 2020.

Opportunities outside of the traditional art world are the focus of Creative Artists Agency in Los Angeles, which represents Julian Schnabel, Arthur Jafa, Harmony Korine, and Steve McQueen. Agent Thao Nguyen and her team are helping turn the acclaimed video art piece BLKNWS by Kahlil Joseph into a feature-length film anthology.

“Galleries are one piece of the puzzle but it’s not a complete picture,” Nguyen said. “That’s where we come in.”

The agency seeks a particular kind of an artist—someone who can cross over from the visual arts to broader pop culture and works in formats beyond painting and sculpture. While some of these figures are also represented by blue-chip dealers, others, like digital artist Refik Anadol, do not fit into the traditional gallery structure.

“We advise him every step of the way,” Nguyen said, citing an auction at Christie’s and a collaboration with Bulgari to create an A.I.-powered, multi-sensory installation in Milan last October.

“It’s not selling an art piece,” she continued. “It’s selling the whole vision and experience.” 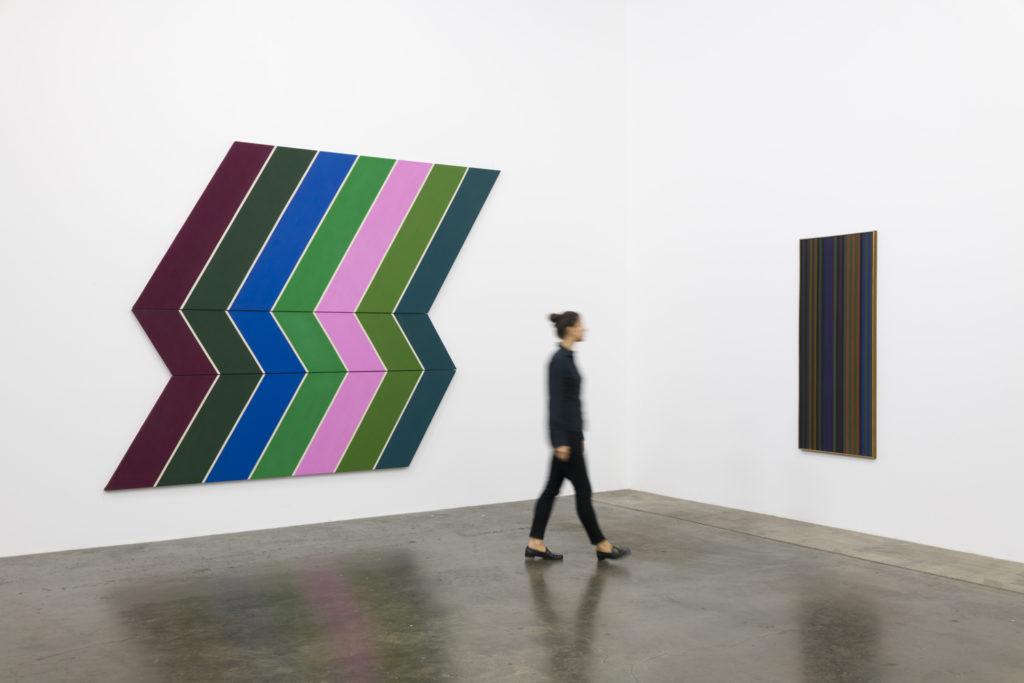 UTA Fine Arts has a different model. Founded in 2018, it represents contemporary artists whose work intersects with film, television, and digital art, including Titus Kaphar, Shirin Neshat, and the estate of Ernie Barnes. It organizes exhibitions at its own gallery, UTA Artist Space, which has a location in L.A. and another opening in Atlanta early next year.

“Some artists have managers. Some don’t. I work within a framework that I am given,” Lindemann said. “If you have a good dialogue with the manager, it can work out well. But you have to be careful not to have too many cooks in the kitchen.”

The manager does some of the gallery’s work in terms of promotion and bringing people to the show, he said, and so the gallery’s role can get reduced. “I thought I was a manager,” he said. “If every artist had a manager, why need a gallery?”