Home News No, Contemporary Culture Is Not Bad ‘Because of the Internet’ 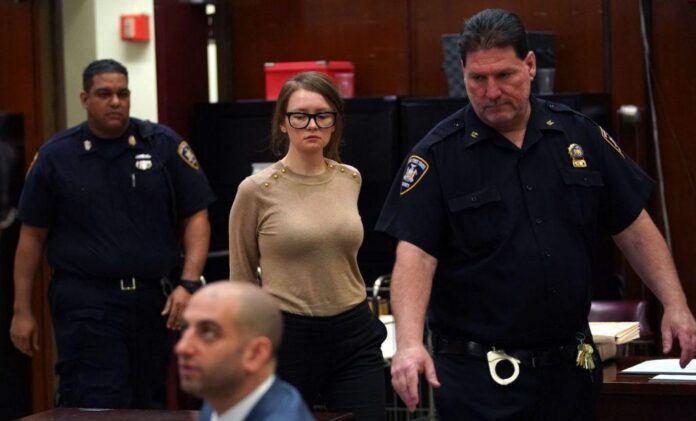 Last week, Michelle Goldberg penned a perplexing-to-me piece for the op-ed page about the crisis of contemporary taste.

Goldberg is here to tell you that culture is no good now. She quotes the literary critic Christian Lorentzen: “Hollywood movies are boring. Television is boring. Pop music is boring. The art world is boring. Broadway is boring. Books from big publishing are boring.” Goldberg can “think of no recent novel or film that provoked passionate debate.” Arguments about art “have grown stale and repetitive.”

As a piece of criticism, Goldberg’s essay is not as eye-roll inducing as, say, David Brooks’s famed noodlings on the decline of taste. But her foray into the Crisis of Culture genre also doesn’t have anything like Brooks’s sense of purpose either. It’s plodding and meandering.

At one point, Goldberg presents this as evidence of her thesis: “when I go to coffee shops where young people are hanging out, the music is often either the same music I listened to when I was young, or music that sounds just like it.” This is like a parody of leaden cultural criticism. (“When I get my morning Starbucks they are playing Adele—truly, youth culture is dead!”)

But the thing that bugs me about Goldberg’s essay is not its style or its superficiality or the fact that what exact “culture” she is talking about seems to change throughout the essay or that she to bring up Dimes Square. It’s that it is irritatingly wrong in diagnosing the pressures on contemporary culture.

What’s to blame for our “cultural stasis?” Why isn’t there “more interesting indie stuff bubbling up?” Let’s see what Goldberg has to say. 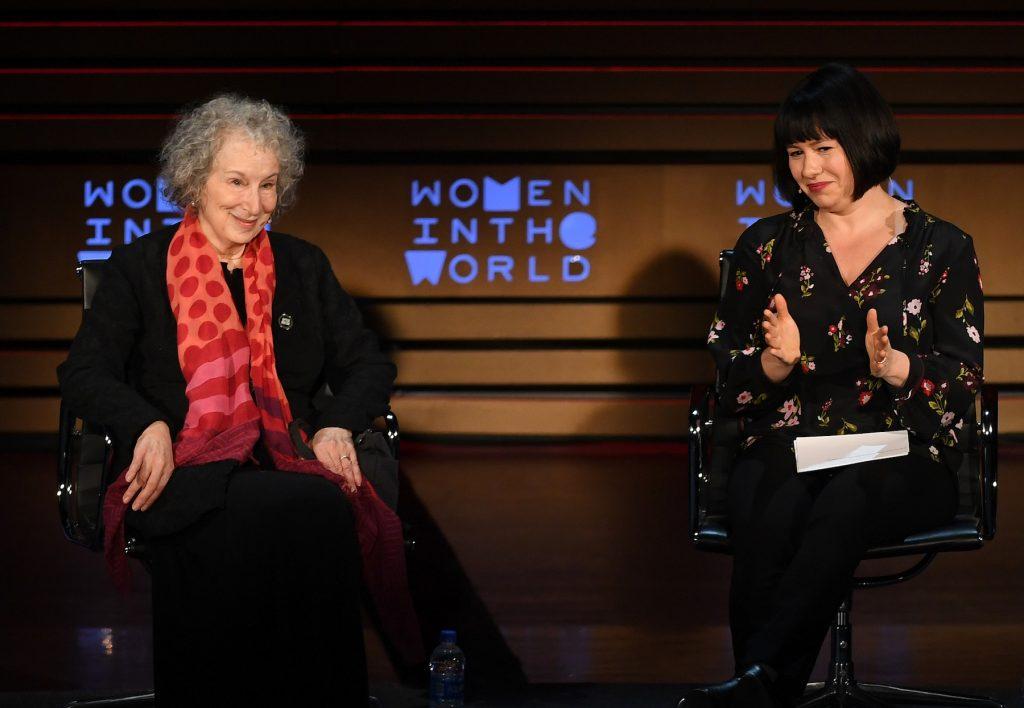 Columnist Michelle Goldberg (right) with Margaret Atwood at the Women of the World Summit on April 13, 2018 in New York City. (Photo credit should read Angela Weiss/AFP via Getty Images)

The title of Goldberg’s piece is “The Book That Explains Our Cultural Stagnation.” It evolves into a gloss on W. David Marx’s upcoming —”a book that is not at all boring and that subtly altered how I see the world.”

I have no idea if this book itself is actually richer than she makes it out to be. “Marx posits cultural evolution as a sort of perpetual motion machine driven by people’s desire to ascend the social hierarchy,” Goldberg writes. The idea that there’s social cachet in embracing the new, different, and experimental doesn’t seem like a very novel thesis to me.

What, then, has changed in the relationship between cultural innovation and the desire to gain its cachet that might “explain our cultural stagnation”? Here’s what Goldberg puts forth:

The internet, Marx writes in his book’s closing section, changes this dynamic. With so much content out there, the chance that others will recognize the meaning of any obscure cultural signal declines. Challenging art loses its prestige. Besides, in the age of the internet, taste tells you less about a person. You don’t need to make your way into any social world to develop a familiarity with [John] Cage—or, for that matter, with underground hip-hop, weird performance art, or rare sneakers.

This is a real #TheTimesIsOnIt type of theory. My god, people have been debating whether or not the internet has been making taste shallower for a long time. I’ve written my own book that includes essays about taste, social media, and appropriation, so the space given to this analysis probably bothers me more than most. But I really don’t think Goldberg knows what she is talking about.

The idea that in the internet age you “don’t need to make your way into any social world” to gain access to culture is not true. I mean, sure, you can skim the surface of culture very easily for mood-board purposes. But scholars have studied how people perform identity on the web for a long time: the openness of internet culture levels some barriers but also causes users to erect new kinds of esoteric cultural norms, inside jokes, and subcultural languages—try reading any forum about NFTs without looking up a term. (As Paul Hodkinson argued long ago in his studies of chatroom culture, the internet’s relative openness also explains the vitriol of online cultural discourse: flaming away arrivistes becomes more important when anyone can walk into the conversation.)

There is so much recent writing on these dynamics of internet subculture that is much more informative than what we get from this op-ed, from Caroline Busta on creators navigating the “clear net” and the “dark forest” to Josh Citarella’s work on niche political identities on social media to Legacy Russell’s and its argument about the role that online cultural spaces play as a “club space for congregation” for queer and trans people.

There are even ways that the removal of cultural barriers online seems to increase the cachet of the remaining signifiers of actually being part of a special scene or club. “It makes more sense for a parvenu to fake a ride on a private jet than to fake an interest in contemporary art,” Goldberg writes, summing up her thesis. But the archetypal parvenu, fake heiress Anna Delvey, actually project an interest in contemporary art via her Instagram as part of her own attempt to “ascend the social hierarchy.” An art-themed members-only club was her whole gambit.

Don’t get me wrong, contemporary mainstream culture indeed feel bad—thinned out, exhausted, obsessed with money and popularity. But Goldberg’s corny “because internet, things bad” argument doesn’t get at any of the actually important reasons that might be discussed.

Here’s an example: Does it seem like mainstream culture defaults to comfortingly familiar tropes, and is built for superficial, distracted consumption? Well, “serious” culture is generally difficult; it requires a level of focus and investment to reap its rewards. Aesthetic delectation actually implies some measure of leisure time. So today’s epidemic of burnout and overwork from hustle culture probably doesn’t help build an audience for “serious” culture. Art critic Philip Kennicott argued some years ago that the best program to support art would just be if people worked less.

Do find it easy to read a Toni Morrison novel after having worked “5 to 9” (the title of the recent, odious update of Dolly Parton’s “9 to 5” to fit contemporary demands)? I don’t.

Clearly, however, the internet is not innocent—though “the internet” is not, in fact, something you can speak about as one thing. The , in particular, has an incentive structure that is not hospitable to the sustained “passionate debate” about Real Culture of the kind Goldberg is pining for: niche cultures have a smaller audience, and criticism is labor intensive; for-profit online media inexorably bends toward writing about the most popular culture in the least invested kind of way.

This is not just a Big Media problem. Independent YouTube video essayists complain about how the algorithm punishes them for not riding the latest trend or outrage. When Sarah Urish Green quit her popular YouTube channel the Art Assignment in 2020, she noted that what she’d learned from years of making videos about art is that basically, dishearteningly, viewers mainly clicked on famous artists or controversy.

“And here’s the thing,” she added, “I’m exhausted. That burnout that seems to reach everyone on YouTube has crept up on me too.”

Most publications are somewhere in the middle, trying to muddle through as these commercial incentives slowly starve the cultural brain of oxygen. The cultural hot-take economy that Goldberg finds “stale and repetitive” is the product of these economic realities—obviously. (Another slippage in Goldberg’s argument is between artistic production and “arguments about artIt could well be that “interesting indie stuff” is being made, but if you are not actively invested in those scenes and only follow the most mainstream conversation then you are mainly exposed to the most ephemeral, trending-topic stuff.)

On a recent episode of the own PopCast that focused on the low state of hip-hop journalism, the writer Jerry Barrow from the website HipHopDX explained the realities of his field. He recalled an oral history he had done of the hip-hop group Camp Lo’s debut album, That piece, he says, was

something I was very proud of—very proud of—something that put in time for, spoke to the guys, dug deep. And it barely made a blip traffic-wise, I’m not even going to lie to you. But if either of those guys had done something crazy, had been called out for something and we reported on it, that would have gone through the roof. And this is a daily battle we have as content creators, because I have to get enough traffic to bring in enough revenue to pay for everything else…

The owner of HipHopDX, Sharath [Cherian]—he’s very astute and methodical when it comes to his budgets. Everything has to be justified, more so than anywhere else. But he’s been in the game for 20 years, so he knows what he’s doing. He knows what’s kept the site alive. And I saw, going back, that there are eras of HipHopDX when they were doing the more in-depth stuff, long-form pieces. And he told me, “Jerry, I can’t justify paying this writer $800 for this piece and it doesn’t get me any traffic. Even though this is this great, well-written deep dive, this little write-around from TMZ is going to get me four times the traffic and make me four times the money. So how can I justify paying that?”

And that’s the reality… It’s agonizing. It hurts me and pains me and I try to carve out what I can…

That pretty much sums it up. It’s also why, finally, Goldberg’s op-ed bugs me so much.

Because if you work in the field of cultural writing of any kind, you know how much these dispiriting economic dynamics, which feel like a constant, low-level crisis, affect everything. You probably feel these pressures intimately as you try to do meaningful work and keep your good humor and a piece of your soul intact.

And then—along comes this writer, at the apex of establishment media, about how no one talks about good art anymore, without even acknowledging those dynamics.

And that’s egregious. Because Goldberg knows this. I know these pressures do penetrate to even so exalted a place as the Paper of Record.

What is this op-ed, after all, but a clear example of “low and tedious” level of the cultural conversation that it decries? And what is the best explanation for why that is, but that Michelle Goldberg has to cater to the clicks of readers every week—even when she doesn’t have the time to figure out what needs to be said?

January book bag: from Californian counterculture to intimate artist portraits by the likes of Tacita Dean