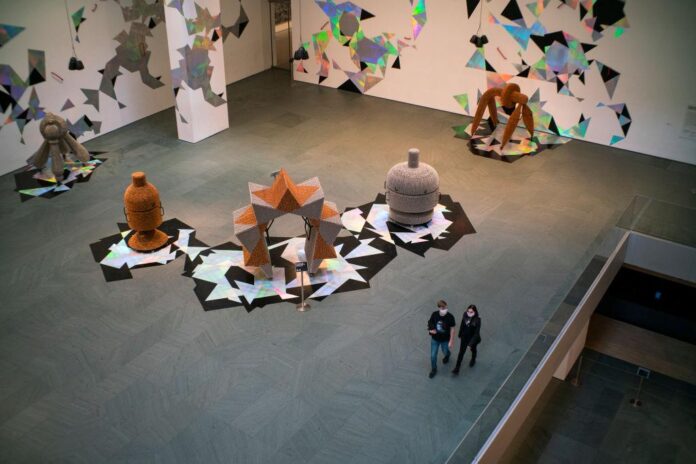 There was a brief window of optimism last year when museum leaders believed that audiences were returning to pre-pandemic levels. Institutions across the U.S. last Memorial Day weekend set new records for visitor numbers since the pandemic, with the Museum of Modern Art recording 9,000 guests, higher even than the same time in 2019. Logic dictated that once governments lifted travel restrictions and loosened Covid-19 policies, museums would return to business as usual.

Recent data collected by Artnet from more than a dozen museums around the country suggests that attendance recovery has slowed, with some cultural institutions finding that audience levels have stagnated or dropped over the last year.

The Metropolitan Museum of Art, a bellwether of the industry during the pandemic, has concocted a variety of gutsy marketing campaigns to lure audiences back into the Great Hall, including date nights and an electronic music series on its rooftop. The buzz, alongside major exhibitions for artists like Louise Bourgeois and Charles Ray, helped drive domestic tourism, which reached 79 percent of its pre-pandemic level in May. 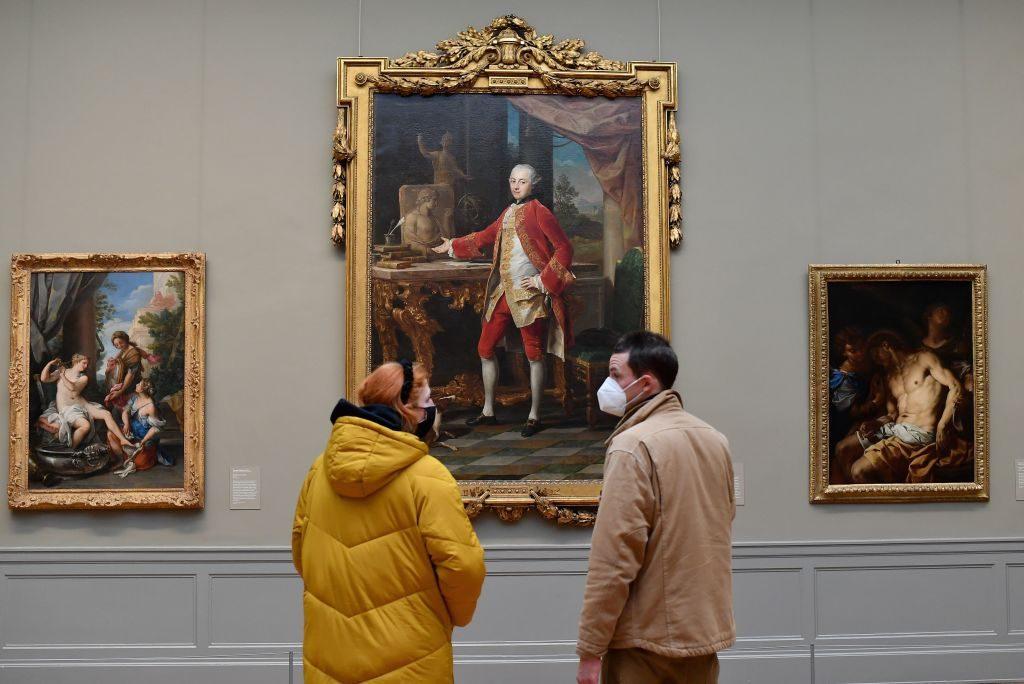 Visitors at paintings at the Met on February 9, 2021. Photo by Angela Weiss / AFP via Getty Images.

Yet there is no replacing the international tourists that drove up attendance numbers. In November 2021, the museum placed advertisements in cities like London, Paris, and Hong Kong to encourage visitors. “We reopened in August 2020, but have been missing one critical thing—you, our international visitors,” the ad said.

International tourism once accounted for nearly a third of the Met’s attendance. When the museum advertised in newspapers around the world, a spokesperson told the New York Times that the number of global visitors was about half of what it was before March 2020. That number appears to have dipped in recent months, down to 41 percent in May. The Met’s overall attendance that month was 316,000—about 62 percent of its visitorship for the same month in 2019.

The majority of museums that responded to the Artnet survey had similar recovery rates. For example, the Philadelphia Museum of Art has a 61 percent recovery rate with almost 43,000 visitors coming through its doors in May; a spokesperson for the Rubin Museum of Art in New York said that attendance at her institution was about 63 percent of its normal size; and a representative of the National Portrait Gallery in Washington D.C. tallied 99,000 museum-goers, which would make for a 61 percent recovery rate. 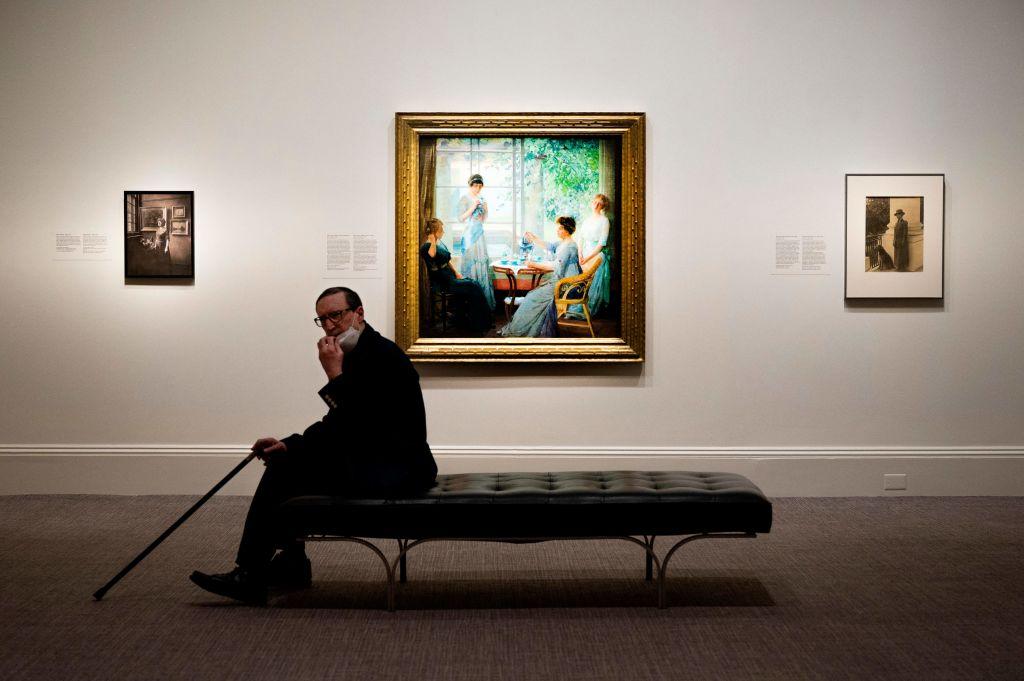 A man adjusts his face mask as he tours the Smithsonian National Portrait Gallery on reopening day in Washington, DC, on May 14, 2021. (Photo by JIM WATSON / AFP via Getty Images)

When looking at earlier benchmarks for recovery, it appears that the museum industry may have already reached its plateau. In February 2022, the American Alliance of Museums released a survey of more than 700 cultural institutions that calculated an average attendance rate of 62 percent, indicating that little progress had been made since the study was compiled.

“Depending on how the pandemic continues to evolve and the financial support museums are able to secure, we’re hoping to see our field bounce back financially in three to five years,” said Laura Lott, president and chief executive for the American Alliance of Museums. “We expect 2022 to continue to be a challenging year with attendance down nearly 40 percent at the start of the year. Our nation’s museums will continue to need the support of their communities and government at all levels.”

But cultural institutions have already spent the last couple years reorienting themselves with community initiatives, wellness workshops, educational offerings, and food pantries. The Queens Museum became a model for its pivot toward neighborhood programming, beginning its Year of Uncertainty campaign in 2021 alongside nine local groups. Sally Tallant, the museum’s director, effectively handed the building’s keys over to artists and nonprofits, including the Caribbean Equality Project (which advocates for queer immigrants), Guardians of Flushing Bay (environmental enthusiasts for waterfront stewardship), and Malikah (organizers for gender justice and economic parity).

“We are deepening our relationship with our communities,” Tallant said, explaining that the museum recently adjusted its artist fellowship program to include annualized salary positions at $45,000 with full benefits; the museum is also completing a $30 million capital campaign to build a dedicated children’s museum onsite. 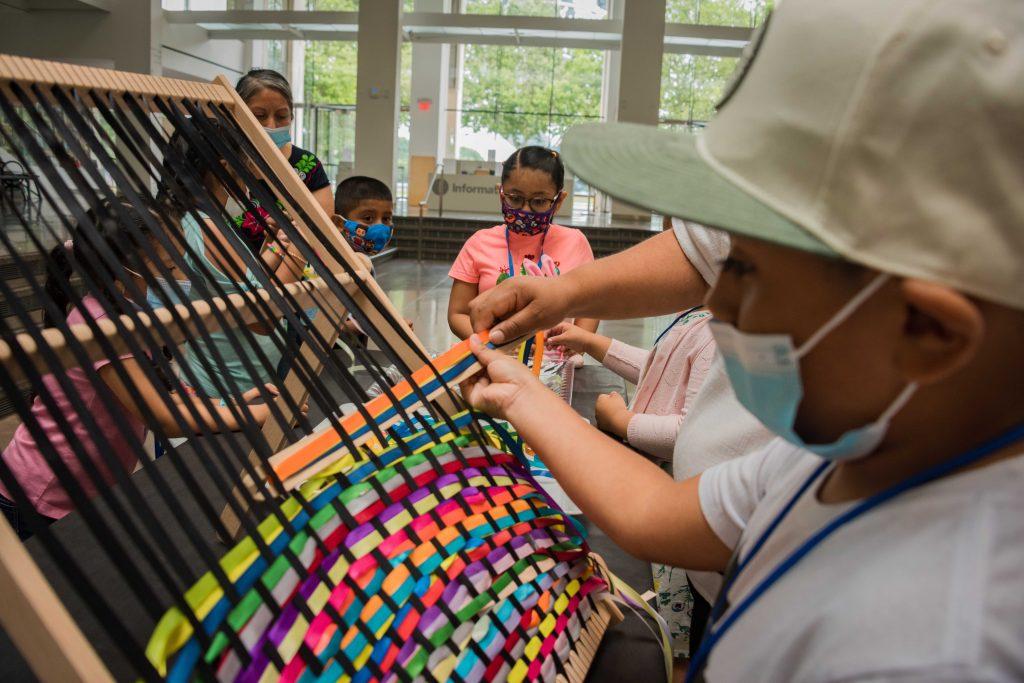 Although the Queens Museum has seen increasing attendance through the pandemic, visitorship still remains about 49 percent lower than normal. Tallant said that the absence of school visits over the last couple years have severely impacted audience numbers, though she hopes to see classrooms returning to the institution in September.

Regional museums that were able to regain their school tours and focus on local residents seem to have suffered less than their larger counterparts when it comes to attendance recovery. The Seattle Art Museum, for example, said that its attendance recovery rate was around 88 percent, with attendance going from 15,026 during a four week period between April and May 2019 to 13,219 during a similar period in 2022.

“We feel we will have a better understanding of how we’re doing compared to pre-COVID at the end of the calendar year, when we’ll have more data to compare,” said Rachel Eggers, a museum spokesperson.

Perhaps an even greater challenge for recovery is the instability of institutional endowments. The stock market dip at the beginning of the pandemic significantly decreased the pool of financial resources available to museums at a movement when employees were asking executives to use their funds to minimize layoffs and furloughs. Several organizations worried about the longevity of their investments, with some nonprofits like the Brooklyn Museum selling artworks to pay salaries and other expenses associated with the direct care of their collections.

“The markets were strong during the pandemic and there were gains in endowments,” said Anne Pasternak, the Brooklyn Museum’s director. “Until 2022. Everyone is down. The number changes daily but in general we have grown our endowment due to receiving endowment gifts during this time period.” 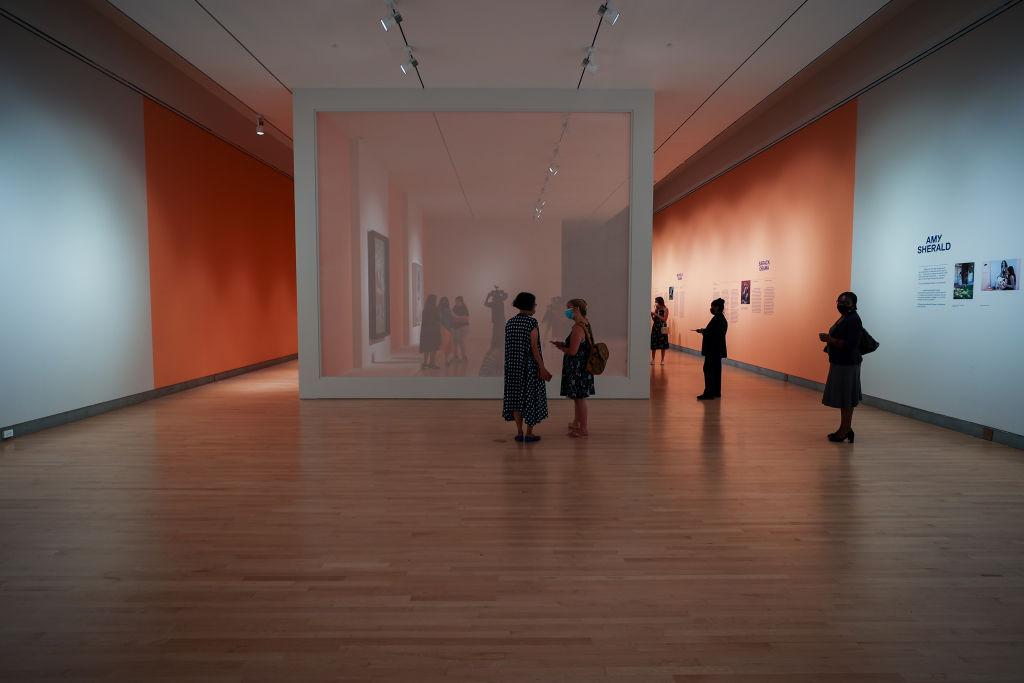 The Obama Portraits exhibit at the Brooklyn Museum on August 25, 2021. (Photo by Tayfun Coskun/Anadolu Agency via Getty Images)

Large museums have been able to use the pandemic crisis to court more gifts from donors who recognized the fragility of their favorite institutions’ finances. That may have also been the case at the Met. At the beginning of the pandemic, the museum estimated that its endowment had likely fallen to $3.3 billion in March 2020. But three months later, the museum’s endowment grew back to $3.6 billion, according to a spokesperson. By the end of 2021, the museum’s endowment actually increased by more than a third to $4.9 billion. (Endowment recovery is not consistent across the industry. “No, it has not rebounded,” said Sara Fox, a spokeswoman for the Guggenheim, who omitted specific numbers from her response.)

For some museum leaders, plateaued attendance and uncertain endowments speak to the prolonged economic challenges of the recovering tourism industry. However, their challenge remains the same as when the pandemic started: museums must convince audiences that their buildings are safe and their programming is relevant.

“The museums are, in a way, a litmus test for the recovery of New York as a cultural destination,” Tallant said. “I think we are learning to live differently. This pandemic is now endemic, and we all have to adjust.”