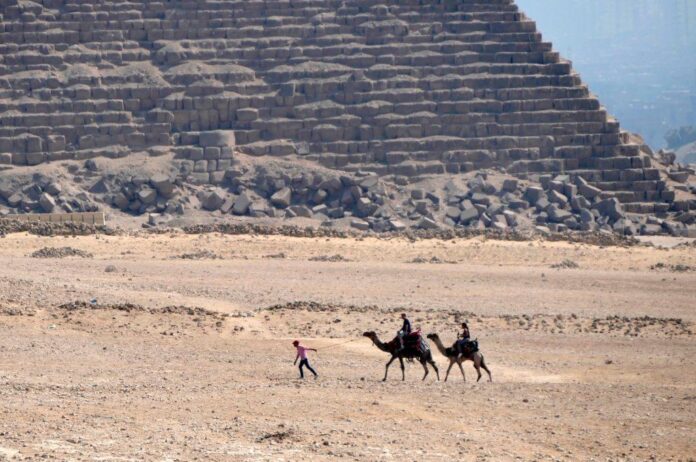 It’s been a mystery for millennia. But now, a multinational team of ten researchers hailing from France, Egypt, and China have at last determined how ancient Egyptians transported the massive granite and limestone slabs that formed the pyramids at Giza—including the monumental Khufu Pyramid, one of the Seven Wonders of the Ancient World.

Using fossilized pollen particles, the scientists have proved the existence of a lost tributary to the Nile, which once linked the great river with Giza. Researchers believe Egyptians harnessed this body of water to engineer a complex of canals and basins leading to the base of the Giza plateau.

How exactly the pyramids were built has been an archeological enigma, appearing so miraculous that theories about ancient aliens have taken hold in the public mind. The slabs in question weighed at least two tons each. In 2019, Discovery hypothesized that ancient Egyptians used purposely wetted sand that helped the huge stones slide across the earth from quarries to the construction site, over four miles away.

Regarding the separate question of how builders hoisted those stones into the air, Kara Cooney of UCLA noted in 2020 that mysteries persist because “any authoritarian regime is going to hide their secrets as long and as best as they can.” In other words, cultivated mystery was part of the Ancient Pharaohs’ propaganda. 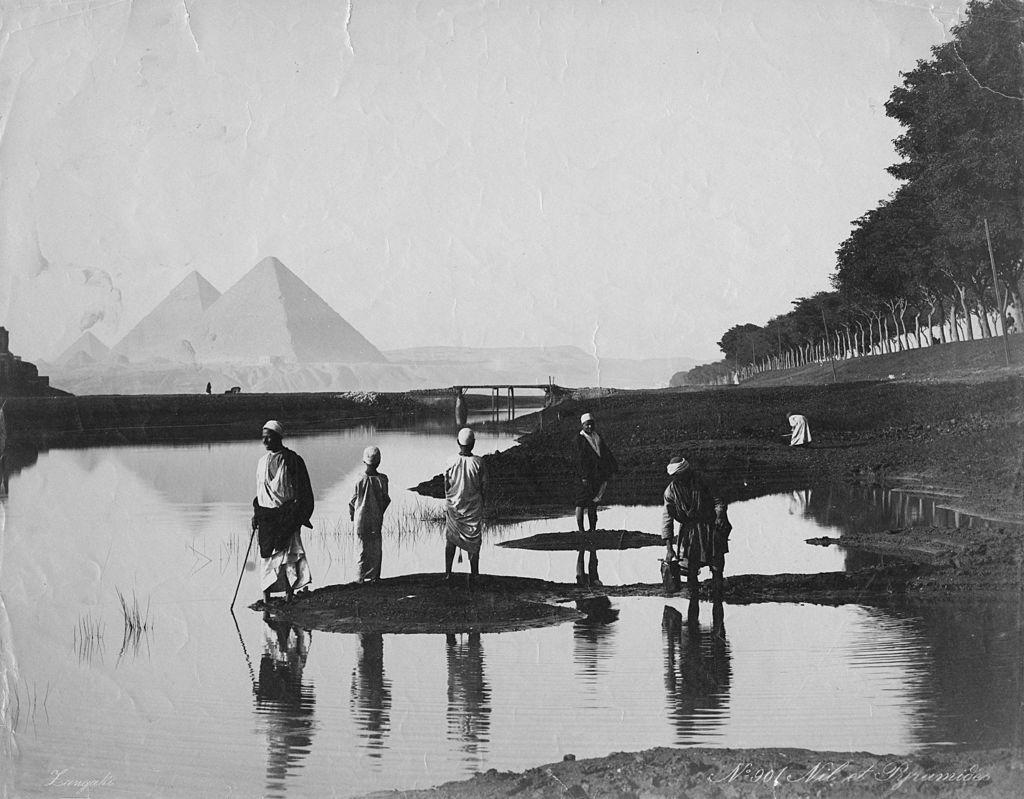 The River Nile at Giza, with the pyramids in the background, circa 1885. (Photo by Langaki/Sean Sexton/Getty Images)

Led by French environmental geographer Hader Sheisha, the international team’s latest study in Proceedings of the National Academy of Sciences opens by acknowledging that it’s an already established assumption that Egyptian engineers created some type of channel from the Nile to move the pyramid stones. But until now, historians didn’t have evidence of “when, where, and how these ancient landscapes evolved,” the paper’s introduction explains.

The investigators studied five sediment samples extracted from the Giza floodplain in 2019 to analyze “pollen-derived vegetation patterns” and “reconstruct an 8,000-year fluvial history of the Nile in this area.”

Combining this work with previous studies into rock layers around the pyramids, they found that a lost tributary “remained at a high-water level (∼40% of its Holocene maximum) during the reigns of Khufu, Khafre, and Menkaure” (the pharaohs the famed pyramids immortalize).

Reporting on the study, the noted that the origins of the team’s discovery could be traced even earlier, to 2013, when papyrus scraps turned up around the Red Sea. These previously unknown documents described an official named Merer attempting to ship limestone to Giza along the Nile.

“When I read about that,” Sheisha told the , “I was so interested because this confirms that the transport of the pyramid’s building materials were moved over water.”

Phys.org added that the researchers discovered evidence of many fossilized pollen grains from flowering grasses and marsh plants. Both usually line rivers and lakes, thus providing evidence of sustained water levels at the Khufu tributary. Shortly after King Tut’s rule, those levels dropped. The land dried out completely six centuries before the Common Era, leaving a mystery behind—one that is now, perhaps, closer to being solved.