Home News One of Ukraine’s leading avant-garde artists to get major presentation at Tefaf... 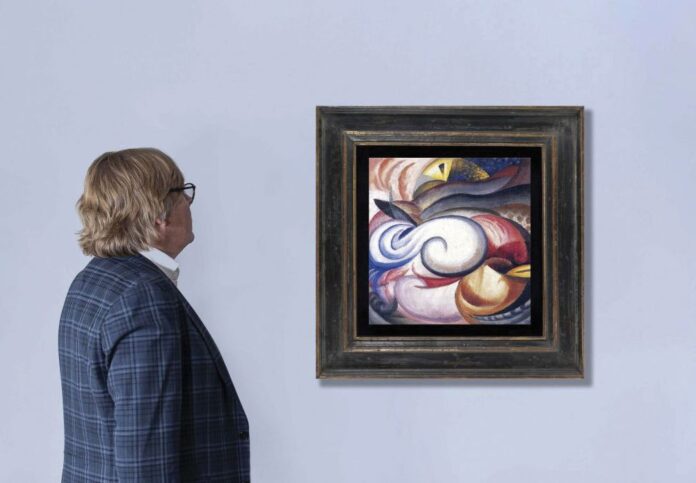 James Butterwick is perhaps best-known as a dealer in Russian avant-garde art, but in recent years he has been focusing on the market for Ukrainian artists. At Tefaf Maastricht (25-30 June), he is presenting 25 pieces by Oleksandr Bohomazov, a leading member of the Ukrainian avant-garde whose life centred on Kyiv, where one of his granddaughters still lives and his former homes have miraculously survived Russian bombardment.

The dealer, who first saw Bohomazov’s works at the Barbican in 1988, acknowledges that his push to market the artist’s work might be misinterpreted as cynical. (Butterwick is donating 15% of his Tefaf profits to Ukrainian relief funds.) “Some will say I’m just doing it to sell the work,” Butterwick says. “But what I am doing is promoting a top avant-garde artist. I don’t think Bohomazov is as great as [Kazimir] Malevich. But I don’t think he’s a million miles away.”

Just as Malevich has been at the centre of debates about Russian colonialism in art, Butterwick says unequivocally that Bohomazov, who was ethnically Russian, belongs to Ukraine. “He was born in Ukraine,” Butterwick says. “Of his 50 years on earth, 46 were spent in Kyiv or around Kyiv. That puts him fairly clearly in the Ukrainian camp.”

Bohomazov’s wife, Wanda Monastyrska, with whom he initially had a tortured courtship, was central to his life and art, and is depicted in several portraits on show at Tefaf. Butterwick has a close relationship with the pair’s granddaughters and provides insights into the couple’s relationship.

In the portrait Wanda Monastyrska in Front of a New Year Tree (1911, €40,000), “she is actually starting to be interested in Bohomazov not just as an artist but as a potential partner”, Butterwick says. “She is looking at him, but in this slightly suspicious way.”

After Bohomazov died of tuberculosis in 1930, Monastyrska hid his work from the Soviet state, which had turned against the avant-garde, and dragged it in a cart to safety after the Nazis invaded during the Second World War. His oeuvre was rediscovered and displayed, still with some risk, in the 1960s. The provenance of all but one of the works at Tefaf is traceable directly to the family.

Tefaf takes place this month instead of its usual March spot after the fair was postponed in December due to the spread of the Omicron variant of Covid-19. Dealer numbers are up to 243, including 21 that are exhibiting for the first time. Among the star European paintings on show are Gustave Courbet’s Young Girl Sleeping (1847) at Gallery 19C and Luca Giordano’s The Triumph of Galatea (1675) at Colnaghi Gallery. The Museum Boijmans Van Beuningen in Rotterdam, a recipient of the Tefaf Museum Restoration Fund, will display Vincent van Gogh’s Poplars near Nuenen (1885)—the first time a work has been shown pre-restoration.