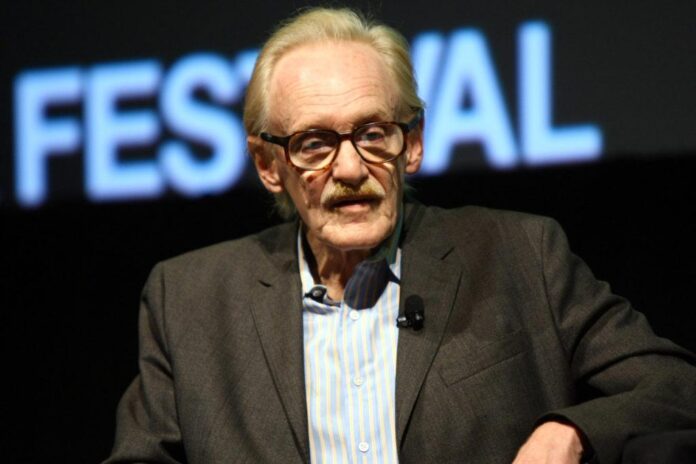 Esteemed art critic and poet Peter Schjeldahl died today at his home in Bovina, New York, at the age of 80.

News of his death was confirmed on Twitter by the , the magazine where Schjeldahl had served as a staff writer and art critic since 1998. Before that, Schjeldahl was the ’s art critic, from 1990 to 1998. His writing has also appeared in the , , , , and .

Known for his eloquence and depth of knowledge of art history, Schjeldahl made headlines in 2019 for his heartrending yet matter-of-fact essay “The Art of Dying,” in which he wrote of coming to terms with his terminal lung cancer diagnosis.

“I always said that when my time came I’d want to go fast,” he wrote. “But where’s the fun in that?”

A lifelong smoker, Schjeldahl responded surprisingly well to immunotherapy, but never made a full recovery, his wife, Brooke Alderson, told the .

The author of four books of collected essays and art criticism—the most recent of which is —Schjeldahl worked up until the end. He published pieces in the in recent weeks on the Wolfgang Tillmans show at the Museum of Modern Art, and on a new biography of Piet Mondrian.

Born in Fargo, North Dakota, in 1942, Schjeldahl was a college dropout who fell into journalism with a job at the in Jersey City at the age of 20. He spent a year in New York, befriending the poet Frank O’Hara, who was part of the New York School of experimental painters and writers.

Schjeldahl once planned a biography of O’Hara, who died young in a dune buggy accident in 1966, but never completed it. The surviving interview tapes became the basis for the book , a 2022 memoir by Schjeldahl and Alderson’s daughter, Ada Calhoun, exploring her complex relationship with her father.

After a year in Paris, Schjeldahl returned to New York, in 1965, “an ambitious poet, a jobber in journalism, and a tyro art nut,” as he put it earlier this year. Though he had no background in criticism, Thomas B. Hess hired Schjeldahl to write reviews for , kickstarting one of the field’s most storied careers.

“I thought it was normal for poets to write art criticism. So I started doing that, and people liked what I did,” he told magazine in 2014.

Over the course of his nearly 60 years in the business, Schjeldahl won numerous accolades for his work, including a Guggenheim Fellowship, the Clark Prize for Excellence in Arts Writing, and the Howard Vursell Memorial Award from the American Academy of Arts and Letters.

In 2009, the called him “our best—our most perspicacious and wittiest—art critic.”

Schjeldahl is survived by his wife, daughter, and grandson, as well as four siblings.