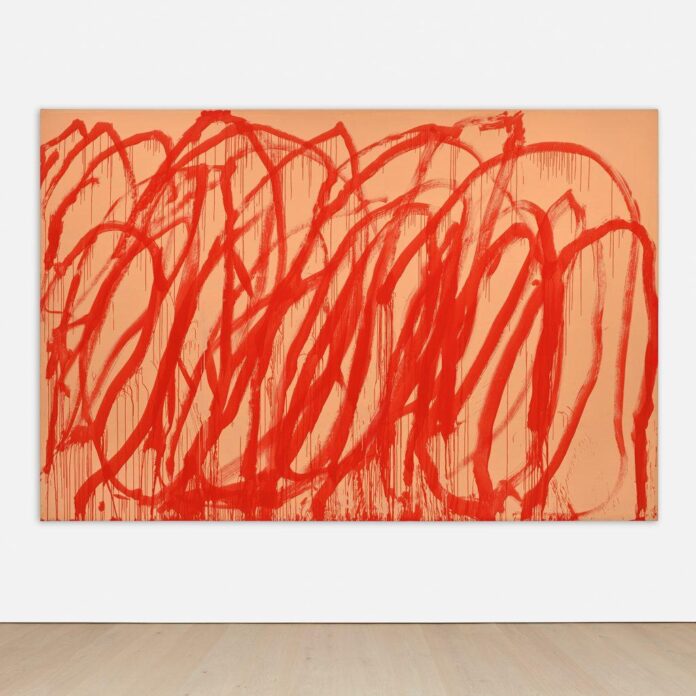 The second night of the New York auction season brought in a fairly tepid sale of 20th century and contemporary art at Phillips, with a total net sale of $139 million. Don and Mera Rubell were spotted in the room, which had an early air of optimism as the evening had the potential to be the auction house’s most lucrative sale of all time, with a pre-sale estimate of $118.5 million to $165.3 million. Two lots were withdrawn and 17 pieces were guaranteed by third parties, and two had in-house guarantees.

This potential for profit came mostly due to the consignment of an untitled piece by Cy Twombly from his Bacchus Psilax Mainomenos series, eight paintings that were completed in the year 2005, five years before the artist’s death. The works all use blood-red pigment splashed in unrelenting loops, combining feelings of revelry and violence. The piece sold for a decent $42 million on its $35 million to $45 million estimate (with an in-house guarantee), and the room applauded when the gavel finally hit. 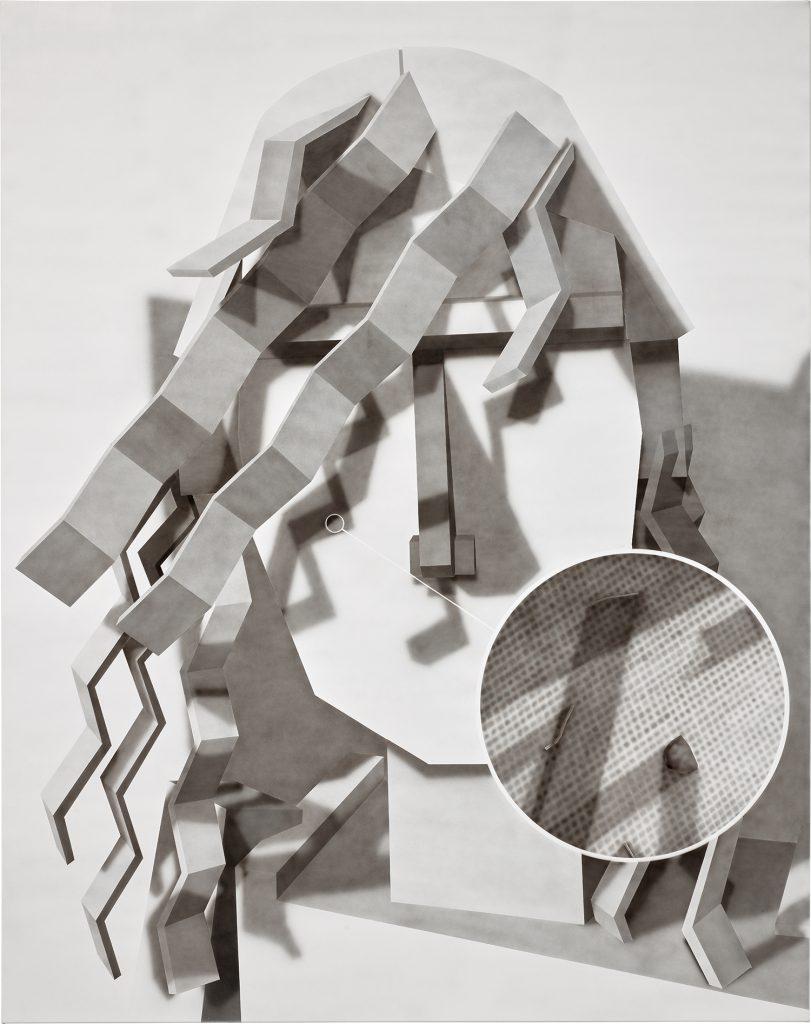 On the topic of young female painters of note, heads reliably perked up when the bidding opened for Anna Weyant’s Bum (2020), which, as I reported in my column Wet Paint, had been making the rounds on the secondary market earlier this year with a $950,000 price tag. The piece had an estimate of $200,000 to $300,000, which just barely meets the tail end of what I have on good authority was her primary prices for her current show on view at Gagosian a few blocks north of the auction house. It finally hammered for $391,000.

Other top lots included a delightfully surreal René Magritte painting of a unicorn with a castle turret for its horn and an uncannily human face, Le météore (1964), which sold for $4.3 million. Mark Grotjahn’s entropic Untitled (Circus No. 12 Face 44.30) (2014) raked in $9.8 million, on the lower end of its $8 million to $12 million estimate.

María Berrío set her auction record with (2015), which sold for $1.6 million. A stunning portrait by Marc Chagall, La Père (1911), of the artist’s father sold for $7.4 million–the next step in the piece’s rich provenance, which includes its recent restitution to David Cender by the French government after it was stolen from the Cender family during the Nazi Occupation (along the way, Chagall himself got the piece back and his estate later donated it to Centre Pompidou.)

“The heart-wrenching and compelling history of the painting after its completion, all leading to the wonderful news of its return to the Cender Family makes the story of Le Père all the more fascinating,” Jeremiah Evarts, deputy chairman, Americas, said of the piece’s sale.

Another interesting lot was consigned by Richard Roundtree, the actor who famously portrayed a detective in the Gordon Parks film from 1971, “Shaft”. He brought to Phillips a piece by Ernie Barnes portraying elongated, abstracted basketball players Slam Before The Storm (1979), which sold for $600,000, doubling its $300,000 low estimate. At a press conference for the sale, Robert Manley, the house’s deputy chairman and worldwide co-head remarked, “I’m sure he is just delighted right now.”